So, You have decided to bowhunt Bears?

You must appreciate a challenge, for that is exactly what you have set yourself up for. Today’s political climate has restricted the bowhunter’s options in many States and Provinces. The effective technique of baitingh as either been banned or is under attack in many places, removing this choice of tactic and increasing the difficulty of the task. This added to the naturally reclusive nature of the bear makes harvesting a bruin with Archery Tackle a significant challenge. So good luck, you will probably need it!

The black bear is the smallest of the North American bears, and the only one that is distinctly American. Our other bears, the brown/grizzly and polar, also inhabit Asia and Europe. The black did not originate on this continent however; it came over from Asia on the Bering Land Bridge about 500,000 years ago. Unlike the pugnacious grizzly which is rapidly disappearing, the furtive black bear has learned to adapt to man and has survived in many parts of the country, enhancing the hunting situation by its presence near populated areas. Though known to attack when provoked, the black generally gives humans a wide berth. But going after a bear, even a timid one, provides thrills for thousands of sportsmen nationwide who otherwise would have to travel far for a bruin hunt.

A large male black bear weighs on an average of 300 to 400 pounds (the female considerably less) stands 27 to 36 inches high at the shoulder and is 4 to 5 1/2 feet in length. This bear does not have the prominent shoulder hump which characterizes the brown/grizzly.

The black bear has a straight face when seen in profile. Its eyes are small and the ears are well-rounded. It has 42 teeth: 12 incisors, 4 canines,16 premolars and 10 molars. The canines are long and well pointed; the premolars are rudimentary or even missing and the molars have flat crowns.

The bear is plantigrade, walking on the soles of its feet. There are five toes on each foot, each armed with a strong, curved, non-retractable claw. The black bear’s front claws are about 1 1/4 inches in length, and it is the only North American bear that often climbs trees as an adult.The black bear is also unique in that it comes in a wide range of colors. A typical black bear has long, lustrous jet-black hair over most of the body from its head down to its tiny tail. On its muzzle and around it’s eyes, the hair is light-colored. Most black bears have a splash of pure white on their chests. This splash may vary from just a few hairs to an area about a foot across. Black bears also come in almost every shade of brown and some are bright blond. One race of the black bear is a smoky-blue and another race is pure white.

Unarguably the largest and most dangerous of North American big game, the Alaskan brown bear (Ursus Arctos Middendorffi) and the grizzly bear (Ursus Arctos Horribilis) are recognized as separate species although mammologists generally agree they are one and the same animal. Bear experts admit they are unable to tell the animals apart and classify both under the Latin name Ursus Arctos.

Alaskan brown bears are huge, formidable animals that may weigh as much as 1,500 pounds. On all fours the bears stand as much as four and one-half feet at the shoulder and may reach nine feet in length. Most big males weigh between 800 and 1,200 pounds with females averaging between 500 and 800 pounds. Standing erect, some brown bear boars tower over eight feet. Grizzlies are proportionately smaller animals standing three and one-half feet at the shoulder and weighing up to 800 pounds. These bears average six to seven feet in length for males, less for females.

Both browns and grizzlies have dished-in facial profiles and obvious shoulder humps. Each comes in various colors from dark brown to blond. Hair is long and thick and grizzlies commonly have conspicuous silver-tipped guard hairs. Tails are stubby, shorter than the five wickedly curved claws on each forefoot; these are often three to four or more inches long. Claws on the bears’ hind feet are considerably shorter. Each adult animal has 42 teeth including four prominent, curved canine teeth, 12 incisors, 16 premolars and 10 molars. Such weaponry, combined with awesome power and surprising speed-and the big animals’ naturally aggressive nature, make the big bears a potentially dangerous adversary.

The Polar Bear (Ursus Maritimus) is the true King of the North, reigning as undisputed ruler of the frigid waters and frozen wastelands at the top of the world.

Polar bears are huge, long-necked, pear-shaped animals with thick, whitish-yellow pelage that blends well in a world of ice and snow. An inches-thick layer of fat beneath the skin serves both as insulation and an energy source. Sloping heads appear small. Ears are short and situated below the crown of the skull. Eyes, nose, lips and claws are black. Adult boars stand four feet at the shoulder and are about eight feet in length. Males average about 1,000 pounds and females are typically smaller and lighter. There are reports of some polar bears weighing in excess of a ton.

Plantigrades, the long-legged bears walk on the entire soles of their feet. Pads are covered with short, insulating hair that also provides traction as the bears walk or run across the ice. There are five toes on each foot and claws are sharp but relatively short. Polar bears walk with a distinctive shuffling gait and are surprisingly quick and agile for such large animals. They can run at speeds over 30 miles per hour and swim tirelessly at speeds conservatively estimated at six miles per hour. The white bears have been sighted at sea swimming strongly more than 100 miles from the nearest landfall. The bears have a total of 42 teeth including four long canines, 12 incisors, 16 premolars and 10 molars.

Until Then, Good Luck and God Bless
– Stu Keck

Next: Bear Anatomy and Physiology 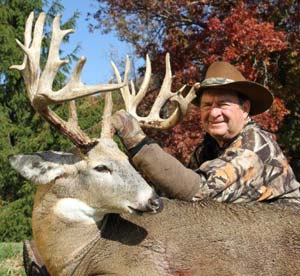 Hang Em High in the Trees 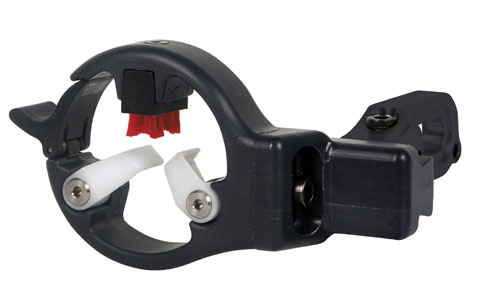 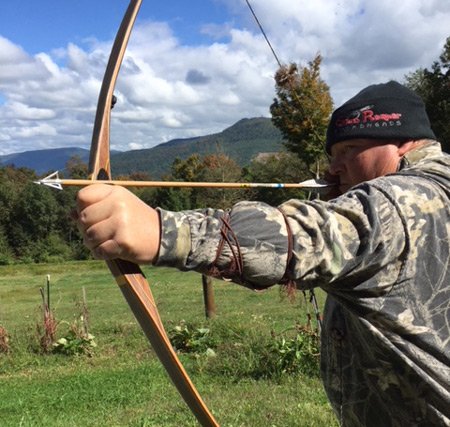