by Levi Carpenter
in Bowhunting Gear
0 0
A A
0 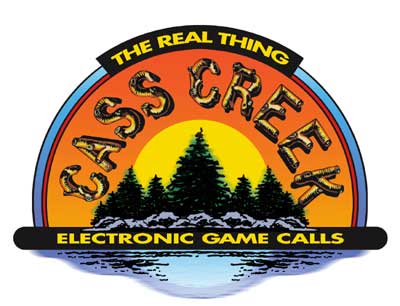 I will start this summary by stating I have used many types of hand held electronic predator calls in the past. This caller quickly became my favorite electronic call by the end of the season. I will first start by the only negatives that I could find regarding this call: The first I would have to say is that you obviously have to be next to the call to use it. If you’re using a decoy while calling it appeared to confuse some of the coyotes called in, because the sound coming from the caller was further away then the actual decoy. With that being said purchases must understand that they in fact are purchasing a hand held caller and not the remote unit which the company already manufactures.

The second item that I thought was a bit of a negative, was at this time the only color offered on the caller appeared to be the snow camo pattern. I suggest that either a different model with a fall type camo be offered, or some sort of cover that can be snapped over the original call be sold. The snow camo worked wonderful when we had snow on the ground; however I felt the white stuck out a bit in the Indiana cornfields when no snow was present during daytime calling.

The final negative I felt was the holster device meant for carrying the call. I felt that it would be more beneficial in the field to instead potentially replacing the holster system and putting a clip on carabineer on the bottom of the device so that it could be hooked to a belt, zipper or strap more easily. I really had to stretch to find negatives with this caller. I do not even feel like these are negatives but more suggestions to make these calls the best they can be. Two out of the three have nothing to do with the way these calls function in the field.

Now more importantly the positives from this caller. The first thing that I noticed when using the caller for the first time is how easy it is to use. You can select with the triangle keys what call you would like and all you have to do is pull the trigger. I felt it was extremely easy to use this caller with one hand and also be able to change the calls and the volume all one handed (Even with gloves on).

Another of the many positives for this caller is the sound quality is amazing even at the loudest levels. Other callers I have used in the past would become distorted or make a vibration when turned to their highest level. I have never used a louder hand held caller, this caller was great for windy days, because you were always sure that even though the wind would effect your calling the speaker would make up for it. This caller worked amazing through all kinds of conditions.

Through quite a few of my calling stands this year there was approximately 3-10 inches of snow on the ground. I would always sit this call directly on the snow and it continued to work. On more than one occasion I intentionally buried this caller in the snow, and pulled it out with snow stuck in the amplified calling area. This call never missed a beat, and still put out the same great sound quality.

Another great positive to this item was its durability, as I already mentioned it worked even after being buried in the snow, but this call was dropped numerous times on the way in and out of different stands, and it always continued to function correctly.

Finally, and what I feel to be the most important positive of this call, the results! I will close this product review with a story from the Indiana Predator Challenge this year. The shotgun start to this tournament kicked off at approximately 11:30 am. We headed to our first stand after getting settled in at our cabin for the weekend. On our way we decided to try the Cass Creek Predator Amplifire Call.

We sat down at our first stand of the tournament with this call. This was the first stand, and the first time I had ever used the call. The team got setup and I began using the cottontail distress call. After two brief blasts of this call, something caught my attention moving down a ravine at a quick pace toward our location. Within what seemed like seconds a coyote was standing within forty yards of our stand. We actually timed this stand, within 4 minutes of sitting down and hitting the call for the first time we were taking pictures with a coyote that I had shot at 40 yards.

Two days later, at another stand, we used this hand held caller and had three coyotes run into our location. As I stated this caller quickly became my favorite caller this year, and I think the best way to sum up the question of “Does this caller really work?” My response would be the proof is in the fur!

For more go to: Cass Creek

What To Do with Arrows that Don't Group Well