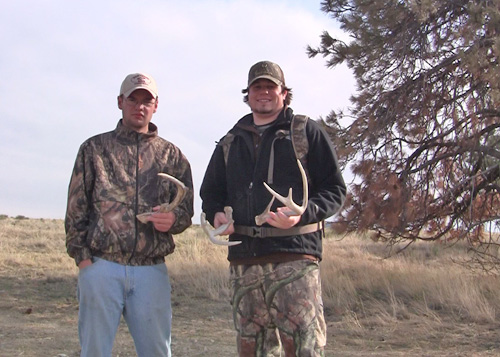 We were up bright and early for day two. Now that we were confident that birds were roosting close to our setup, we slipped in quietly when it was still dark. It was a very cold morning but I was pumped to be out in God’s creation hunting turkeys.

We started calling right away. Gobbles rang instantly and Ii warmed me up quick. As we continued to call we had some deer move through the woods about 60 yds away. We then heard more gobbles.

It sounded like the birds were once again moving closer and closer to us but we never did visually see them. All of a sudden, we heard a hen off in the distance. She began to cluck and then starting cutting aggressively. This is not what we wanted. The hen was in the opposite direction of our setup and the hen unfortunately did what they do best… called the tom away from us.

We continued to call as the morning got brighter and we heard more gobbles but our calling wasnt enough. The tom had a visual of the live hen and was headed away with his new found love.

We sat a while longer and decided to head in for breakfast. Once we were in for breakfast Shane got a call from his dad, asking Shane and I if we could help him unload a truck load of stuff he was bringing out to the ranch in the afternoon. We said no problem. That would ruin our plan to hunt that evening so we went out shed hunting again. We ended up finding about 12 or so sheds together this time and got a great hike in.

After that we decided to head over to the shooting range on the ranch and I sighted in my 7mm. I plan on hunting bears with my bow this spring as much as possible but being a Greenhorn out west, I would be satisfied with taking a bear with my rifle also.

We didn’t end up killing any turkeys on this trip but we had a great time hanging out together and just getting out in the woods hunting. Turkey and bear season runs well into the spring here and I will be back to update you on my season soon. You can also check out www.montanagreenhorn.com and www.realitybowhunting.com for videos of season updates.