by Stephanie Mallory
in Bowhunting News
0 0
A A
0 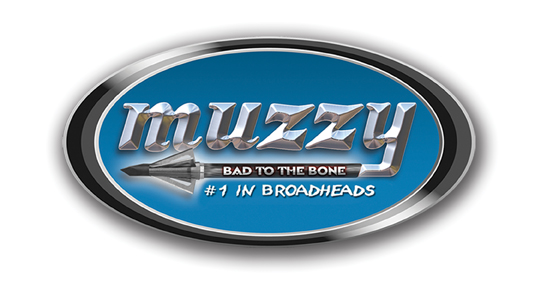 Known as one of the top bowfishing tournaments in the country, the 11th Annual Muzzy Classic, held April 24-25, 2010, at the William W. Gross Park on Lake Guntersville in Scottsboro, Alabama, boasted a great turnout of 73 teams and 211 competitors. Participants competed for a payout of over $10,000 in prize money and $10,000 in prizes including a 1st place check for $3,500 – one of the largest payouts in bowfishing tournaments. The tournament started off with stormy and even tornadic weather, which eventually cleared in time for the weigh-in. Despite the storms, the participants arrowed numbers of impressive fish and had a great time in the process. (ore information on the tournament at www.muzzy.com or call call Mark Land at Muzzy Products, (770) 387-9300 or (800) 222-7769. )

The 1st place spot and $3500 went to the team of Alan Yedor Jr. of Louisiana and Josh Dunkle and Jason Gibson of Arkansas with an amazing take of 497.2 pounds. The 2nd spot and $2500 was awarded to the team of Dwayne Campbell, Kirk Howell and Daniel Martin of South Carolina with 437 pounds. Mathew McCrary, Chas Higdon and Wade Meeker of Alabama secured 3rd place and $1,500 with 413.2 pounds.   The 4th place prize of $1000 went to Marty Marett, Keith Roberts and Tim Ballenger of Georgia with a 412.6 pound-catch.

Bubba Suggs of Texas, Doug Hunter of Oklahoma and Butch Samson of Alabama took 5th place and $750 with a catch of 393.2 pounds. The 6th-place team of Andrew Turner, Fred Ashley and Cory Cuthbert from North Carolina won $500 for bringing in 347.4 pounds of fish. The final paid spot was taken by John Hood, Gregg Campbell and Jerry Broadnax of Georgia who won $214 for 343.6 pounds of fish.

Muzzy also awarded bows to the participants with the largest fish in each category. Brent Boudra of Arkansas earned a BowTech S.W.A.T. Bow for his 61.4-pound grass carp. Dwayne Campbell of South Carolina won a Mathews Outback Bow for his impressive 53.6-pound buffalo. David Keener of Georgia got the big carp for the shoot, which weighed 31.2 pounds winning him an AMS Fire Eagle Bow. The longest gar for the shoot measured 53.5 inches and was taken by Butch Samson of Alabama who won the Covert Trail Cam.

Remaining teams got to select items from an impressive prize table generously provided by the tournament’s sponsors.

“I’m thrilled with the results of the shoot,” says Mark Land, event coordinator. “Despite the bad weather, we had an awesome turnout. The contestants brought in some impressive fish and everyone had a great time. I appreciate all of the volunteers and sponsors who made this event possible. I look forward to hosting another awesome tournament next year.”

Flyers containing information about next year’s event will be posted in January 2011.