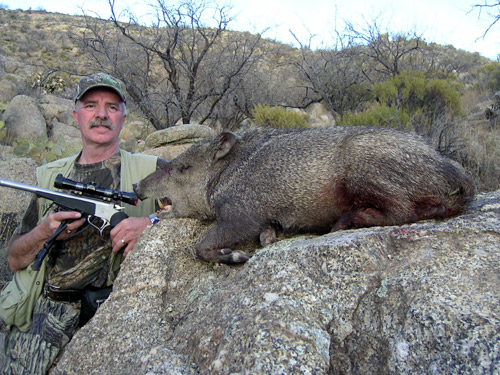 As our plane was descending down from around 30,000 feet above Tucson, Arizona, I was thinking about  javelina on the dessert floor below. Javelinas inhabit just three states in the US. Texas, New Mexico and Arizona. I would be hunting with Gary Schiesz of Shallow Mountain Guide Service.

For those not familiar with the javelina, this animal looks similar to a pig but is classified as a rodent. True pigs are members of the Suidae Family while javelina, (also known as), Collared Peccaries, are members of the Tayassuidae Family. Javelinas are more slender than pigs, weighing between 35 – 60 lbs. They also have longer, thinner legs with smaller hoofs.

The javelina have upper tusks like the hog, but they are pointed down, growing to around 1.5 inches long. An adult male will grow between 46 to 60 inches in length and is usually 20 to 24 inches in height. Javelinas have large heads and long snouts with thick coats of dark-gray, bristly hair and band of white hair around the neck. A mane of long, stiff hairs runs down the back from head to rump. Javelina is the only wild, native, pig-like animal found in the United States. Javelina, which is Spanish for javelin or spear, are aptly named for their razor-sharp tusks.

After meeting Gary at the airport, it was a short 45-mile drive to camp. I choose to use a Thompson/Center pistol, 223 caliber for the hunt. I have taken several animals over the years (African animals to black bear in Alaska) using my Thompson/Center in 223, 30-30 and 375 win. calibers. It has a 14-inch barrel mounted with a scope. Javelina has poor eyesight but good hearing, so I figured I could get within pistol range for a good shot. It is possible to walk within just a few yards of these little rodents before you spot them. They blend in very well with the scrub brush and small trees.

Javelina have a range of around 1000 yards. When you spot a group, if spooked, it is possible to catch up with them again if you are on a 3 to 5 day hunt. They travel in a band from 6 to 12 although as many as 50 have been seen together. The best time to hunt them is in the morning or evening when it is cooler. They will eat, sleep and forage together. Even though the primarily herbivorous javelina typically eat agave and prickly pear cacti, they also feed on roots, fruits, bulbs, beans, nuts, berries, insects, worms and reptiles.

When hunting these little pigs during the heat of midday, a good spot to look is close to a permanent water source. Peccaries bed down in the shade and forage where it’s cooler. In Arizona, hunting season for peccaries is in February. There is a H.A.M. season, standing for Handgun, Archery and Muzzleloader, when you are limited to those weapons. Rifles are allowed for the general season. Javelina hunting is a great off-season hunt to do. I hunt with bow, rifle, pistol, shotgun and muzzleloader; depending on the animal I am after. Even though the javelina is not actually a hog, it has a hunting season, but it is during the off-season of most animals you would hunt in the United States.

Settling into camp and making sure my pistol was still zeroed in, we will begin our hunt in the morning at daybreak. Not only was my first javelina hunt exciting, but it was also an opportunity to learn about the desert of Arizona, its cactus and how to stalk several feet from these plants. Like most desserts, you will find an abundance of cactus. I was not only educated on different type of cactus, but I was also educated on walking, or in this case, stalking, several feet from this type of plant. The prickly pear cactus grows in abundance and is a great food source for the javelina, but it seemed, my legs grew very hungry during the hunt. More than one occasion, I had to pull the little prickly pear needles out of my shoes, legs or clothing. It is a good idea to carry a pair of tweezers with you. Another cactus to watch out for is the Cholla, or as some call it, the jumping cactus. The stems of this cactus fall off so easily that they seem to jump on people passing by. Cactus was everywhere you looked. The saguaro cactus looked like sentries posted everywhere watching for any movement. This cactus looks like a bare tree with a thick trunk and long, upturned branches. It can grow as tall as 60 feet.

Up at daybreak on the first day, we drove to a spot were Gary had seen and taken javelina on previous occasions. After parking, we hiked up to an advantage spot where we could glass the hillsides and shallow valleys below. We spent several hours the first day at three different locations with no luck.

On the second day we moved to a location where another hunter had taken a pig with the muzzleloader two days before my hunt. After setting up and glassing for just a few minutes, Guide George Garcia, spotted several pigs on the valley floor below. They were approximately 250 yards away. Using a pistol, I needed to get into position and within shooting range. I would like to shoot within 100 yards, but have taken animals at further distances. With no cover for us to move down hill, the pigs moved out of range and across from us on a hillside. George said they were heading for an area to bed down for the day. It was around 11am with the sun already heating the area to around 70 degrees. We watch them move over a ridge and out of sight. Gary and George said it would be better if we left them alone and came back in the evening.

While glassing the area, Gary spotted a cougar around 90 yards from our position. The cougar, was no doubt after the same pigs we had just watch walk away for a daytime siesta. The cougar disappeared as quickly as it appeared. We move to another location and located some more pigs but they were close to ¾ of a mile away. We could see another hunter making a stalk on them so we decided to move to yet, another location.

We hunted until around noon and headed back to camp for lunch. Around 4 pm we were off again to find our prey. The terrain was small rolling hills with cactus and small scrub trees tucked in and around gullies and on the hillsides.

While glassing, we would slowly and methodically search in the dark and shadowy areas and at the base of the small trees for these elusive pigs.  After setting up and glassing for around an hour, George spotted 10 pigs around 600 yards away. Putting a plan together we drove below the pigs, got out and started following a dry creek bed toward their location. After 45 minutes of walking, we headed uphill on a ridge to get above and downwind from our prey.

We would stop every 20 to 30 yards and glass the area. After moving uphill around 200 yards we spotted them below us around 100 yards and they were feeding our way. We held our position; set up the camera for filming and waited. It took them around 10 minutes to feed within 30 yards from our location.

As they were feeding, they would disappear behind boulders, the small brush and trees. I was ready to take the shot. Then, the wind must have shifted because all 10 of them started running, making a circle below us to our right. We headed over the ridge and caught them around 160 yards following an uphill ravine. I quickly sat down with a large rock to my back hoping they would stop long enough for me to get one into my scope. The last pig stopped just for a few seconds.

I already had the Thompson/Center pistol resting on my knee; I found the pig in the crosshairs and touched it off. I saw the impact of the Remington 55 gr. Accutip V-Boat Tail and the pig started down hill into a small ravine, which was surrounded with large rocks and small brush. We held our position for several minutes making sure it didn’t come out either above or below where it went in. I then took out my Leupold range finder and ranged it at 174 yards. I knew it was going to be a long shot but I was confident and had taken shots at this distance in the past. We were sure it was down, so we made our way to where it went into the ravine. We headed downhill for around 100 feet; following the creek bed that we were on earlier. We made our way up hill to the spot where the rodent was hit. Gary and George went left up the ridge and I went right following another shallow ravine. At around 30 yards I could see the ravine stopped and I could see the hillside.

About that time Gary gave a whistle to get my attention. I turned and looked, he was pointing to the pig just off to my left. He could see it 20 yards from my location and it was down. I turned, traversed some boulders and could see it lying just below me at the base of a large boulder. Darkness was falling, so we quickly took pictures and filmed the narrative.

What a great hunt. Shallow Mountain Guide Service owner Gary Schiesz runs one of the best guide services available to the novice or expert hunter. Not only his camp setup is A-plus, but the service around camp, meals and your hunt was also top notch. Javelina hunts are a great off-season and very affordable hunt to do. In comparing all my hunting experiences throughout the mainland US, Canada, Alaska and Africa, I’d rate this javelina adventure a 5 star camp hunt. For information on booking a hunt with Shallow Mountain Guide Service. Call Gary at 253-376-9580 or email him at gsbison@msn.com 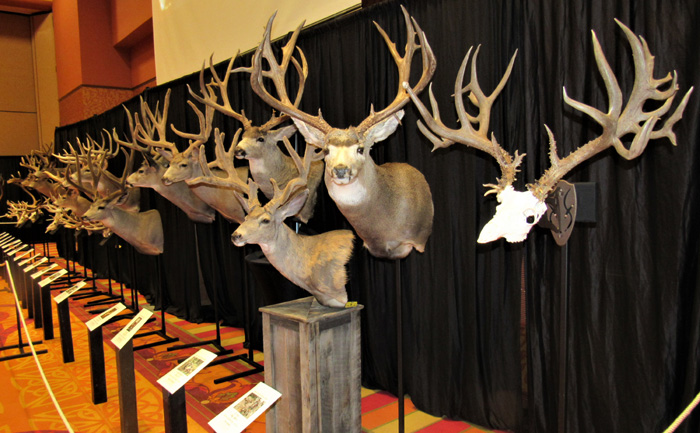 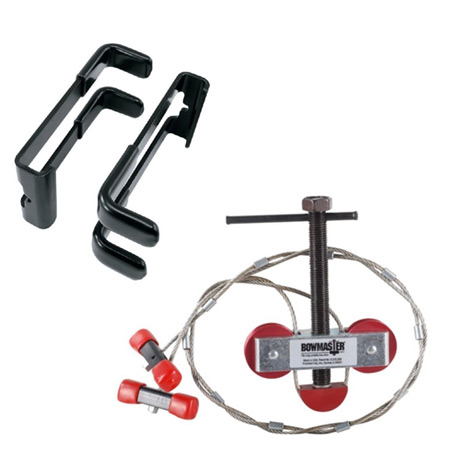