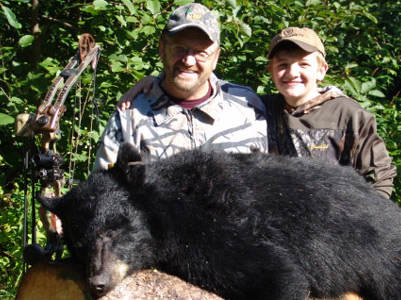 This year Rob McNeff set up two treestands on his hunting sites so his son Tucker can come along with him on his hunts. 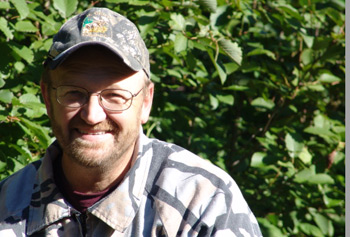 Rob set up a game camera and was pleased to see the following pictures. 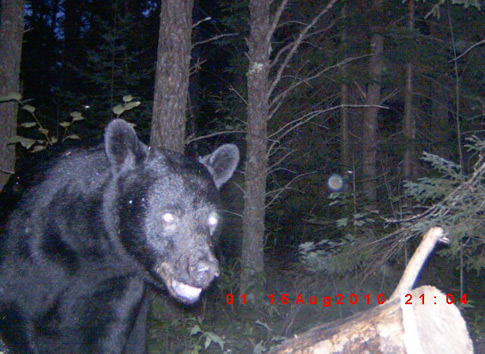 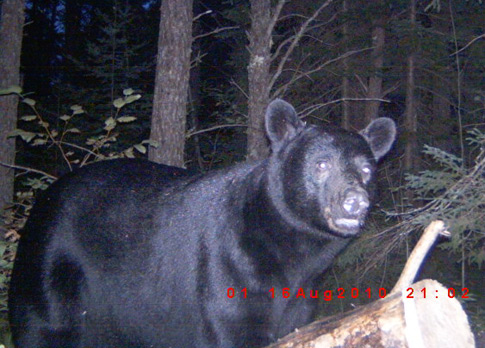 The bait had been hit every day and on this hunt Rob re-baited and started a bacon burn in front of the bait logs.  Then he and Turker climbed up to their treestands and waited.

Half an hour before sunset Tucker heard a twig snap. At first he thought it was a squirrel but when he saw a bear’s feet appear in the trees he knew it was a bear.

The bear walked by the tree on Tucker’s side — only 10 yards away. It walked to the front of the bait logs and sniffed the bacon burn.

When the bear stopped broadside by the bacon burn Rob came to full draw took his shot. The bear ran into the woods and the sound stopped abruptly .. and Rob and his son heard the nearby death moan. Rob and his son got down from their treestands and went after it. The bear was only 20 yards. 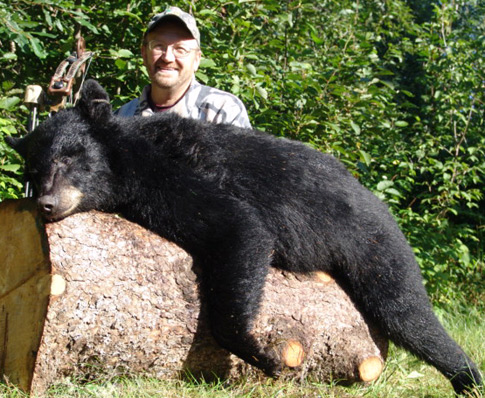 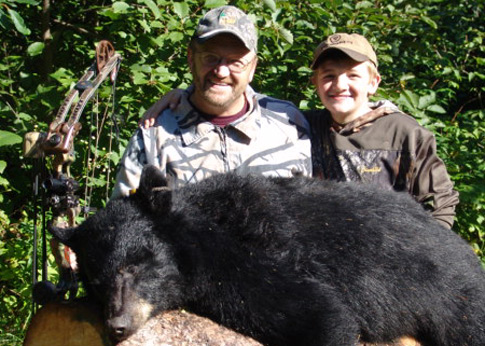 Above: Rob McNeff and his son Tucker with Rob’s 2010 Ontario black bear.

Rob and his dad Bob McNeff own Wells Creek Outfitters and for 25 years they’ve specialized in Trophy Whitetail Bucks. And they have Spring Wild Turkey hunts for Eastern wild turkeys.

I have bowhunted with Rob at Wells Creek Outfitters and can truthfully say that he is one of the most knowledgeable trophy buck hunting outfitters in the nation for bowhunters. The accommodations are modern and comfortable. The meals are delicious home cooking. And the hunting is excellent. Scores of record book class bucks have been taken with them. The largest buck I have ever seen in my life was in one of Rob’s treestands that overlooked a bean field — a giant 18 pointer that dominated the other deer in the bean field for an hour and a half. But I had shot a nice 8-pointer the previous day and couldn’t take advantage of the several shot opportunities I had. Visit their web site at www.WellsCreekOutfitters.com for information on their hunts. (Call 217-894-7195 or Email wellscreekoutfitter@yahoo.com.)