by Keith Dunlap
in Bowhunting Posts
0 0
A A
0 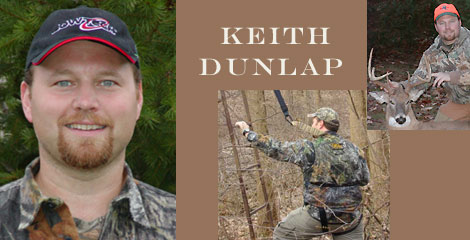 I’ve used Grim Reaper’s Razortip mechanical broadheads with success in the past.  Now they have a fixed blade head…the Hades broadhead, which can be used with bows or crossbows.  The Hades is a three fixed blade broadhead with a 1 3/16” cutting diameter.  It’s available in 85, 100, and 125 grain weights.  I received one package each of both the 100 and 125 grain heads.  I’ll evaluate the 100 grain heads with my Bear Truth 2 compound bow.  Let’s see if the Hades broadheads hit the spot in this evaluation.

The Hades has several noteworthy features, including back sharpened edges for increased cutting in both directions, aircraft grade aluminum ferules, and a unique three-sided “V” notched tip coupled with a four point blade locking system.  Each blade features Grim Reaper’s exclusive MAXX-EDGE SS design.  The “SS” stands for strength and sharpness.  The MAXX-EDGE SS blades feature a stronger .035” thick blade that tapers into a .020” blade that is razor sharp at its edge…see figure 2 below.

The Hades broadheads arrived from Grim Reaper, intact in their distinct package shaped like the bloody Grim Reaper himself.  Each package included three Hades fixed blade heads, collars (that create the various weights), and a plastic tool to assist with installation into the arrow shafts.  I performed a thorough visual inspection of each component and found no visible defects in workmanship, fit and finish.  Each blade was razor sharp and able to easily sever paper using the slightest pressure.

Prior to the field evaluation, I weighed each Hades head to verify accurate weight.  I found no variance in the specified weight.  To begin testing the Hades, I screwed each of them into my Carbon Express Maxima Hunter 350 arrows with Blazers at the rear.  The total weight of each arrow with the 100-grain Hades was 365 grains.  The bow I used for the evaluation was a Bear “Truth 2” with 70# draw weight and 29” draw length…using a Trophy Ridge DropZone rest.  A quick spin test using my Pine Ridge Arrow Inspector showed all heads to be properly aligned with the arrow.  This was followed by a paper test to assure proper tuning.  Un-tuned arrows may actually hit the same general area but improper flight will certainly translate into decreased penetration and perhaps a wounded animal.

The next phase of my evaluation included testing the Hades for shot accuracy and the need for sight adjustment from field tip to Hades broadhead.

Test 1: I launched 60 arrows into a Field Logic Block target at 20 yards.  Making sure to use arrows with the exact same weight with field tips and the Hades broadheads, I shot 30 arrows at 302 fps using my 100-grain field tips, and 30 arrows at 302 fps using the Hades broadheads.  The results using the Hades 100-grain heads were satisfactory when compared to my field tip groupings.  I typically shoot less than 2-inch groups at 20 yards, and other than an occasional miss caused by shooter’s error, the arrows equipped with Hades grouped as well as my arrows equipped with field tips, while using the same equipment and same total arrow weight for both trials.  My groupings averaged 1.75” diameter at 20 yards.

Test 2: I then launched 60 arrows from a 20-foot high treestand into a 3-D whitetail target with an orange dot at 30 yards.  Once again, I shot 30 arrows using my 100-grain field tips, and 30 arrows using the Hades broadheads.  The results shooting the Hades from the treestand were equally satisfactory when compared to the first test performed from the same level as the target.  My groupings expanded a bit to an average of 2.75” at 30 yards, but the results were similar using both the field tips and the Hades.  The Hades broadheads were still intact after shooting them repeatedly into the various targets, and none of the blades were bent or dulled beyond normal conditions after such use.

As I say in all of my broadhead evaluations, the ultimate test of a broadhead is how it performs on the animal it passes through.  You ultimately want an accurate shot and a clean pass through as the razor sharp edges sever arteries in as many vitals as possible.  I have confidence in the Hades that I can hit the intended target accurately, and that with its razor sharp blades (front and rear)…it will live up to the task.  I’ll be using the 125 grain Hades with my Barnett come fall.