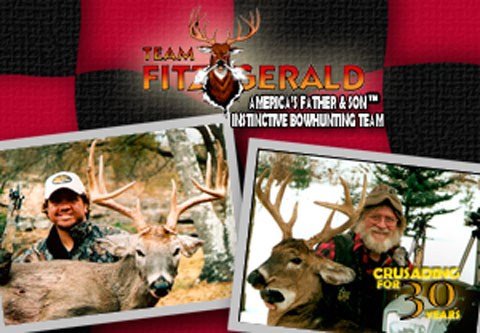 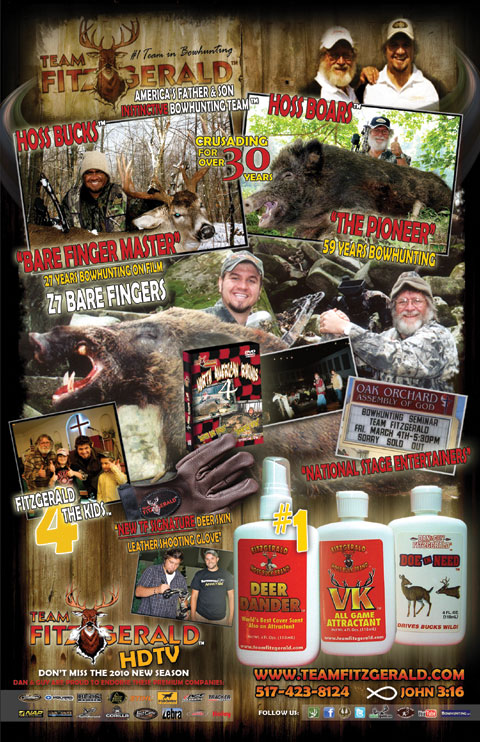 Deer Dander™ is a Unique Cover Scent AND Attractant that combines the best of BOTH worlds!  Animals, especially deer, can detect the slightest human scent and since we are constantly breathing and dispersing odor, Deer Dander is designed to  disguise it, overpower it, and mask it with the smell of another deer!  Guy Fitzgerald noted: “Deer are social animals, and when a deer smells another deer, it wants join that deer.  That’s the Attractant part of Deer Dander™; very simple but extremely effective!”.   Deer Dander™ comes in a handy four ounce spray bottle for use on clothing, boots, treestand/blind, equipment and more.

A time-tested product created to attract and hold game all season.  VK™ acts on the curiosity of animals and frustrates them to bring them in!  Sprayed in an area you want the game to come to.  VK™ is used on scent wicks, drags, decoys, in scrapes, branches and simply on the ground, where you want your shot!  VK™ the ALL GAME ALL SEASON LONG attractant for the game you hunt.

This Rutting Dominant Buck Lure is made to bring out the Big Boys.  Often offensive to subordinate bucks, this product will bring the normally ‘Nocturnal Bucks’ out into shooting light!  Guy Fitzgerald noted: If you have a huge Hoss Buck in your woods and can’t get him close for a shot, you gotta try Rampage™.  Rampage™ is a Dominant Buck Lure, so you must use it with caution!  Dominant Bucks are fairly unpredictable during the rut and you could get hurt!”

This Estrus Doe, Buck Lure works to draw in bucks ALL SEASON, but especially during the RUT.  Doe-In-Need™ has a strong, pungent aroma that stimulates the mating drive in bucks.  So enticing is Doe-In-Need’s power, there are video records of bucks actually trying to mount decoys, when using Doe In Need™. Hunters can see it happen in the popular Fitzgerald Ruttin’ Rampage video production! 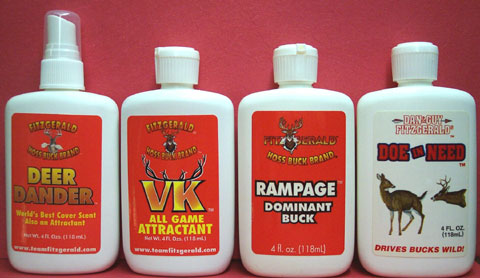 Deer Dander, VK, Rampage and Doe In Need when purchased separately retail for a suggest MSRP of $14.99. When purchased in the Fearsome Foursome pack including all 4 MSRP is $49.99, a $10 savings.

When used together the “Fitzgerald Fearsome Foursome™” has proven its success in the field for DECADES.  Deer Dander™, VK™, Rampage™, & Doe-In-Need™ – the only scents used by Dan & Guy Fitzgerald.

For more information on the “Fitzgerald Fearsome Foursome™”, ask your local retailer, visit www.teamfitzgerald.com or call us at 1-517-423-8124.

The Big One That Didn’t Get Away