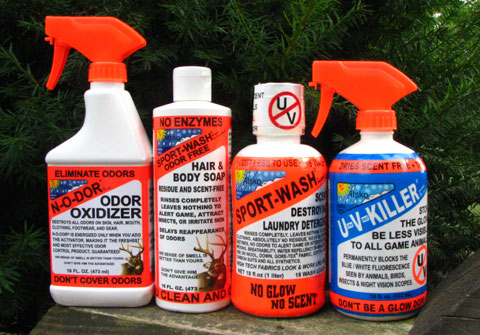 Sponsored by ATSKO the makers of U-V-Killer, No-O-Dor, Sport Wash and other products for hunters.

We have formulas for everything from race car fuel to baby fuel. Now there is a scientific formula that will shield you from the eyes and nose of a whitetail. The key is tested science merging with professional whitetailers. We have all been the target of grand marketing schemes designed to wow us with full page ads or endorsements by high paid television personalities who would promote Gram’s  raisin cookies as a deer attractant if Grammy could write a big enough check. The  question is… what’s real? 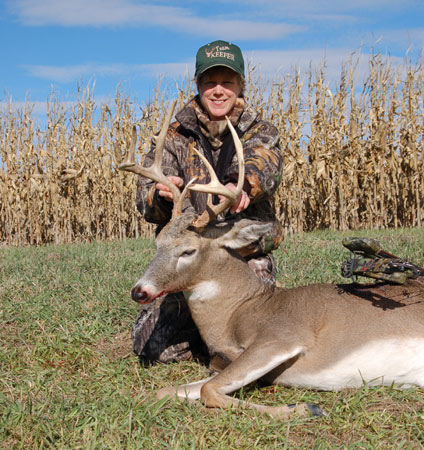 To kneel and smile behind a buck means you outsmarted his nose.

Here’s what we know. Deer can smell things that make us shake our heads in amazement. The fact that a deer can smell some random skin cells that fell from my body is astounding but that they can easily smell them a day later is crazy…but true. We now know that a deer can smell up to 6 separate odors at a time and more striking is that we now know that they can associate smells with circumstances and impressions. Recent research has shown that a deer can link a smell, such as a particular aftershave, cover scent or you, with a negative event. Then years later encounter the same smell and be alarmed even if there is no negative event occurring. It’s called odor association. It’s no different than the piney smell of a Christmas tree evoking happy feelings within you. It is the result of an association with the smell. 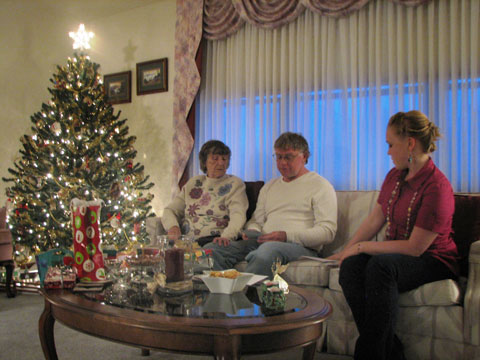 The nose and brain communicate even subconsciously to generate emotions.

This is why my perspective on odor control is as solid as a rock. The only thing a deer can’t smell is nothing. Your goal shouldn’t be to try to mask your human odor or use a cover scent and trick the nose of a deer. Their noses are way too sophisticated for that. The only way to really win is to remove the human odor and be scent free. Can you achieve 100% elimination,  you may ask? The answer is probably not, but we know that if you do some foundational things right you can lower your scent footprint to such an extent that you will be detected less frequently.

The sites of odor origination are easily identified. Your body is a prime site, specifically your skin and the associated bacteria that normally lives on human skin is the prime culprit. The other site is your foul mouth. The human nose is so pathetic  that we only infrequently detect body odor on someone unless they are really grungy. The bad breath issue on the other hand is often noticed. 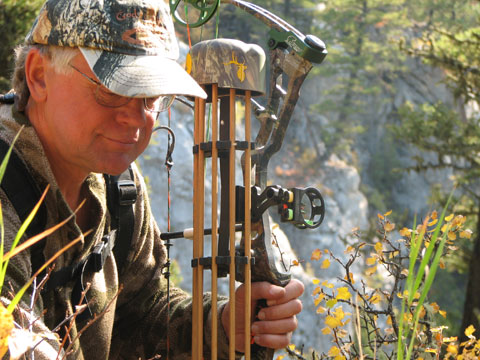 Whitetails can smell us as easy as we can detect that we've just walked into a fish market.

Let’s talk about the skin issue first. I learned this info from a dermatologist who was an avid bowhunter. You will find it fascinating. First of all, our skin (epidermis) is continually shedding. It is made up of almost microscopic skin cells that flake off naturally. You can see these if you stand in front of a shaft of sunlight streaming into your living room and frame your view with a dark background. Now briskly rub your arm and you’ll see a snowstorm of tiny skin cells floating to the floor. This happens 24/7. As a matter of fact we completely shed (exfoliate) our epidermis every 28 days.

Our clothes rub on our skin and rub off the cells which then fall to the ground around us and leave a trail of cells on the floor or ground when we walk around. This illustration will connect the dots for you. Think about a tracking dog, like the one in Cool Hand Luke or some Jail Break movie. When Fido’s tracking a bad guy what is he following? Not some magical “molecules” like the scent sellers promote. He’s following the skin cells that each harbor human specific bacteria. The bacteria is eating the skin cells, as planned, and as they eat they give off a gas or odor (respire). That odor is you. It’s not just human odor it is specifically you. That is how a dog can track a particular bad guy. This means that a deer can specifically smell “YOU” and if he links a bad experience with “YOU” then your busted. 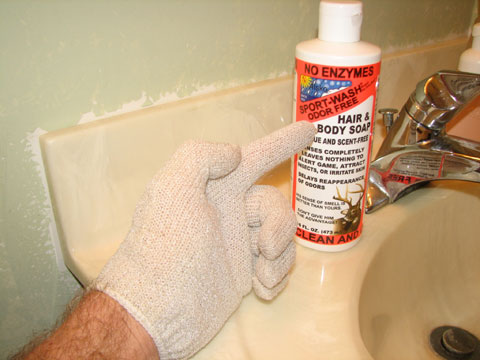 Who would of thought that the Michael Jackson look would be important in prepping for whitetails? It is.

How do you fix this problem? Here is a plan that works. I’ve used it for about 20 years. It’s a three step plan. First, at the skin level you scrub your skin with ATSKO’s Hair and Body Soap applied to a scrub glove. You can get the gloves at any dollar store. Women use them to “exfoliate”. Just ask and they will show them to you. I get serious with my Hair and Body and really scrub. You’re actually removing the top 3-5 layers of skin cells that will be shedding naturally this week. Now you rinse well.

Second step is to spray your entire body with a real scent killer. I use an Oxidizer called N-O-DOR Spray. It actually kills the surface bacteria that eats the skin cells that cause the odor. Once you’re done just stand there for at least a full minutes and let the oxidizer soak in, then towel off.

Third, you brush your teeth with N-O-DOR spray and let the oxidizers work on your mouth bacteria. I brush seriously and then I spray some in my mouth and rinse out.

Now you have done all you can to eliminate real human bacteria that gives us away to a deer. 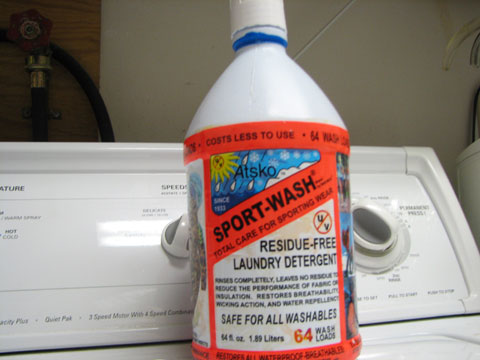 The only detergent that veteran hunters rely on.

Washing your clothes and camo in Sport-Wash is critical. It’s the only detergent engineered with a straight carbon chain that pulls out odor and soap scum. Forget the baking soda wives tale. Baking soda holds odor, that’s why mom always put it in the fridge…to attract and hold odor. The last thing you want is for your clothes to hold odor. What you want is to remove odors which are comprised of old detergent residue that accumulates in the fibers of your camo. Sport-Wash alone rinses clean and will remove all old detergent residue leaving your clothes smelling like nothing at all.

The last step has to do with some research that discovered that deer can see into the UV spectrum. Deer see two colors only, yellow and blue. Actually they see their entire daylight world in shades of grey and yellow. The only other color they see is blue. Here is the bad news. Blue stands out like a sore thumb to a deer as there are no blue objects in the woods….except maybe you if you have UV-Brighteners in your camo. Wonder if that’s why deer look up so often…they see you as standing out and Blue if you are UV-Hot.

The fix is to treat your hunting clothes with UV-KILLER. It’s easy and it lasts forever once applied….as long as you don’t wash your camo in a detergent with brighteners. Just wash your camo in Sport-Wash and then spray them down with the KILLER while they are still damp. Dry and wear. Now you’re actually hidden from the eyes of a deer.

The Formula One Whitetail solution.

Good news is that ATSKO has come out with all four scent and sight solutions packaged together in a system that can be your formula for success.

Get ready for the season at www.atsko.com 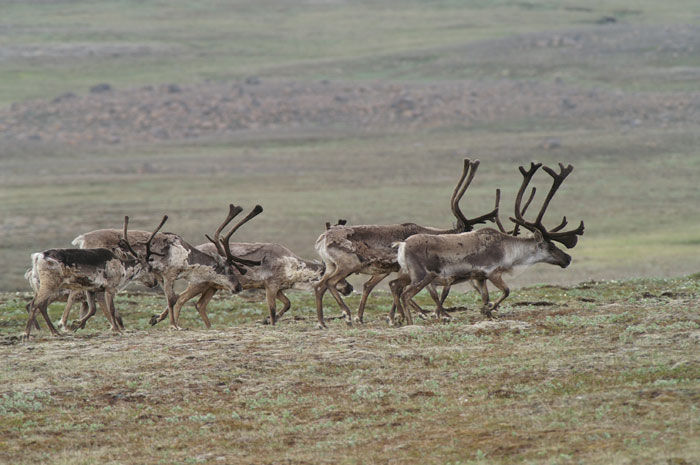 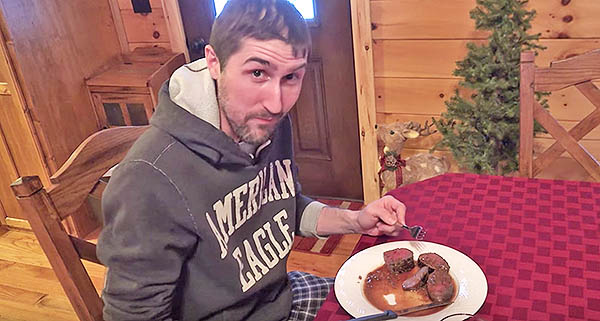 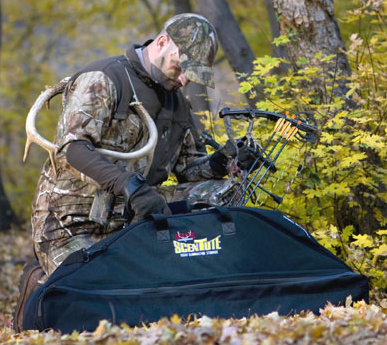 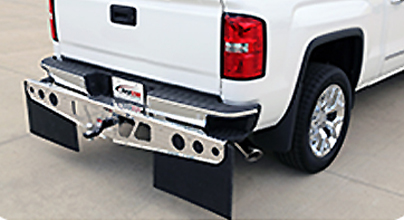