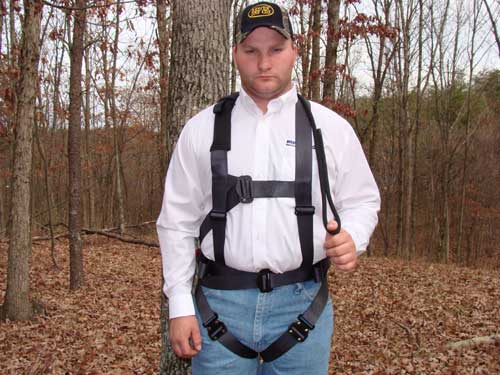 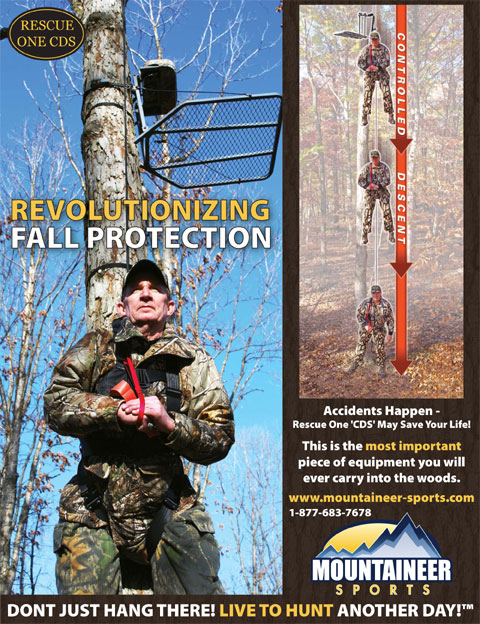 Mountaineer Sports has developed a new Full body harness called the Rescue One CDS ll that lets you down to the ground if you fall out of the stand. This innovation is just what we hunters need in the event that an accident occurs. No other harness affords you this level of protection, not just from the perspective of arresting a fall but then also addressing Suspension Trauma with a solution that allows you to get down to the ground.

The Rescue One CDS ll (Controlled Descent System) employs a mountaineering principal that resembles a “repel on demand”. The Rescue One is basically a hunting harness that exceeds TMA standards but also has stowed in the back of the vest 30 feet of 7mm mountaineering rope. In the event of a fall the user pulls on a tab and deploys the rope, which passes through a friction descender device and lowers you to the ground. You can descend quickly or slowly depending on how hard you pull on the release tab.

What an idea! And the best part is that it is designed to be re-packable and reusable. You may think that this upscale harness, that comes with a lineman’s style belt, would be really expensive. Fact is it costs about the same as a high end Hunters Safety System vest with one big exception. The Rescue One CDS ll won’t leave you hanging if you have an accident. That’s no small benefit. Unaddressed, suspension trauma can kill you. Get educated and protected before you hunt from a treestand. 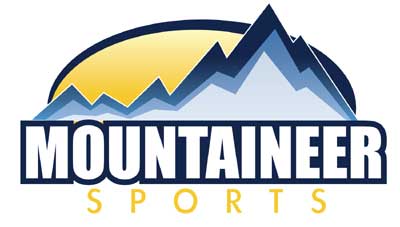 We also suggest you view the NBEF’s Safe Treestand Hunting Strategies video before you climb into your next treestand;