by Tim Anderson
in Bowhunting Posts
0 0
0 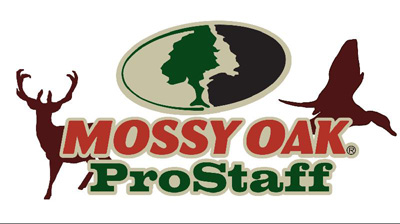 Q: How important is pre-season scouting?
A: Post-season is the most important time to find the hideaway habits and travel routes of big deer. However, pre-season is the time to fine tune your game plan when trying to seal the deal on a mature whitetail in a new season, especially if your season starts in early September as in some cases in the east and south.

During early September the bucks are still in bachelor groups and very easy to pattern. My best pre-season scouting tactics consist of a hand full of trail cameras and long range spotting scopes. The spotting scopes will help you determine the exact location of a deer entering a field at dusk and the trail cameras will help you determine the trails he used to go back to bed in the morning.

As soon as the bucks shed their velvet they become a different beast. They are now on constant alert until late October and early November. At this time of year, try to catch the big boy in transition between bedding and feeding but as close to bedding areas as possible. Mature bucks won’t leave the security of cover until late.

Pre-season scouting is important but also very tricky. Try not to spook game because the season is fast approaching. Check your cameras right before or during a rain storm. Do not study the pictures on the camera at the base of the tree it is attached to. You’ll leave too much scent in the woods and possibly alert the deer to your presence and location. Open the camera, switch the chips and move on. Always practice scent control while walking through the ground of your adversary.

Q: How do you go about scouting early season before the bucks are making scrapes?
A: Deer are very social animals. They communicate in many different ways, and scraping and rubbing are the signs hunters see the most. The majority of scrapes and rubs are seen during the rut, but what most hunters do not know is that deer scrape all year long to communicate with other deer in their community. A scrape may be made in November by a love struck buck but there is a chance that the communication may still go on throughout the summer and into the fall of the following season. Although the activity of scraping is substantially less, it does still occur.

Active scrapes in preseason are sometimes hard to find; difficult at best. The best places to look are still the usual places – stream bottoms, transitions between thick cover and open hardwoods, edges of agricultural fields, etc. But be careful when traipsing through the woods during preseason. You do not want to alert deer of your presence.

No matter where you hunt in the country, a deer’s instinctive habits are the same for the most part. They all use heavy cover, transitions, funnels and agricultural fields to eat, travel or sleep, so use bottleneck type spots in between or around these areas to setup stands. Even if you are unfamiliar with the area, after you hunt the first few days, you should be able to fine tune your location to get closer to your quarry.

Q: Do you prefer to hunt in the woods or along agricultural fields?
A: The best place to ambush a buck is in the woods on a travel route to a food source. I believe most bucks don’t leave the security of cover until late and there may not be enough shooting light left by the time the buck reaches an agricultural field. Your best bet is to find a transition zone that is in a direct path of a buck as he heads to his final destination. Usually an oak ridge with a few good producing trees or a logging road with a sweet browse like honeysuckle will stop the deer for a snack before he gets to the field. Bucks are not as edgy while staging and feeding in these areas either, because typically they are under some type of cover.

If you’re trying to harvest a doe, sometimes a field edge is your best bet. The does always reach the field first and a lot of the time, hours before dark. Once a doe enters a food plot or ag-field it is as though she drops her guard just a little which will allow a bowhunter better opportunity.

There is a huge positive when hunting a food plot or field. It is a concentrated food source and the deer will definitely be there if it is of good quality. Also, it is in an open space with very little to no cover which allows the hunter to stay on stand longer. The additional light helps when judging whether or not the deer is of mature caliber and also allows a late evening stand hunter better light for shooting accuracy.

If you’re hunting a field edge, be sure to locate your stand in a spot that will allow you to get out at dark without being detected.

Q: How high should you hang a treestand?
A: The answer is simple. As high as you can comfortably and accurately shoot your bow.

As we all know a deer’s sense of smell is beyond comprehension. So the higher you are, the more your scent disperses before it reaches deer nose level.

If you play the wind correctly, stand height might not play a role other than hunter movement. However, what if the deer you are hunting decides to appear from an unexpected direction? If this were the case, I’d rather be camped-out in the limbs 20 feet up rather than on the trunk of a bare poplar tree in a 12-foot ladder stand.

My preferred heights are between 17 and 22 feet. Any higher than 25feet, the shot angle is too steep and the vital area exponentially gets smaller.

Does hunting whitetails from the ground increase your odds? It depends on the situation. If the wind is just right and hunting from the ground is the only way to get close enough to send an arrow through a smart animal, I say go for it!

Q: Are doe or buck decoys effective?
A: Depending on the situation and the age class of deer you are trying to harvest, a decoy can be effective all season long.

During early season, it is best to use a small doe decoy or a young buck decoy. The smaller decoys seem to reassure younger deer that “it’s safe to come and play”. I particularly don’t like to use decoys during early season just because I don’t want to lug the thing around the woods.

However, during the late pre-rut and early rut I sometimes carry as many as three decoys in the field. I set up two doe decoys and one big buck decoy. If there is a mature deer in the area and he sees the spread, he’ll come fast. Do not set your buck decoy haphazardly – make sure he is quartering to you so the approaching buck gives you a quartering-away shot.

Q: Is scent control important when hunting from a treestand?
A: Scent control should be practiced at all times. It should start at home with unscented detergents for body and clothing, including towels that you dry off with after you take a scent-free shower. Your hunting boots should be put on before you go into the woods, not before you get in your truck. Boots should be doused heavily with a scent-killing spray, and you should plan your entry to your stand very carefully to minimize the chances of deer crossing your path.

Carry a small bottle of scent-killing spray in your pack and to your stand. Once you’re settled and harnessed in, spray yourself again just to destroy any scent you may have sweated out. Use a gel or lotion type scent killer for your face, hands and hair before entering the woods also.

Q: What calls do you carry?
A: There are many calls a hunter can carry but there are three calls that every whitetail hunter should have in his fanny pack.

A standard grunt tube is good but a grunt tube that can be adjusted for different tones and age class grunts and bleats is better. There are times when an aggressive, deep guttural grunt might spook a deer whereas a softer, higher-tone grunt will bring an aggressive buck to the base of your stand. An adjustable grunt tube will afford the opportunity if needed.

A doe “bleat-in-heat” call. The Primos “Can” is the best sounding bleat I have found. It works wonders during the rut on deer of all ages. Typically, the can is turned over to create the “bleat-in-heat” but try blowing through the can to create more authentic and longer drawn-out bleats.

A rattle bag or authentic antlers. Rattle bags work well but nothing can compare to the authentic sound real bone makes when clashed together. Authentic antlers also allow you to finesse the sounds, whether you tickle the antlers, grind or clash them together.

There is a draw back when using antlers and that is their size and poor packability compared to a rattle bag. The best size of antler to minimize the bulkiness is a set of 2×2 mule deer antlers. They sound great and are easy to nest together and strap to your fanny pack or back pack.

The Mossy Oak ProStaff is a group of top outdoors men and women from across the country that act as spokespersons for the Brand. Members of the Elite ProStaff are people the hunting community will recognize from their hunting expertise and accomplishments, videos, TV and magazine articles. Our Regional ProStaff is a group of accomplished hunters who promote Mossy Oak in various regions across the U.S. They also manage a more localized Field Staff in their regions. From event support to retail store grand openings to radio and TV appearances, our ProStaff adds value to the Mossy Oak Brand nationally, regionally and locally.
IT’S NOT A PASSION. IT’S AN OBSESSION