Gator Wars – Gators In The Dark

Bowhunting alligators in the dark is a lot different than during the daytime. Finding them in the dark is all about how good your spotlight and flashlight are. When you spot a gator its eyes shine very brightly, otherwise you’d never find them.

We worked the channels first and it wasn’t long before we saw a gators eyes glowing in the water ahead.

We drove a little closer to it than we had done in the daylight and got out and quietly eased over to where the alligator was in the water. It was closer to the bank now.

Because we wanted Mike (Chef Klause) to get his gator first he was still at bat. Here, David is lighting up his equipment as Mike gets ready for a shot.

That bright spot above the yellow Muzzy float is one of the gators eyes. 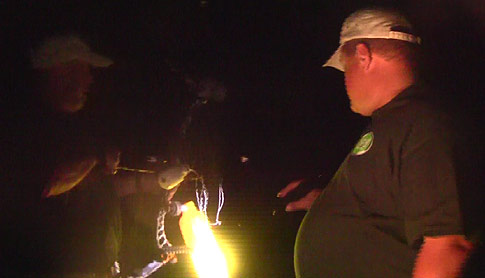 We put more flashlights on the situation and Mike moved to the edge of the levee and drew for his shot. The alligator is broadside in the water but only his head is visible. 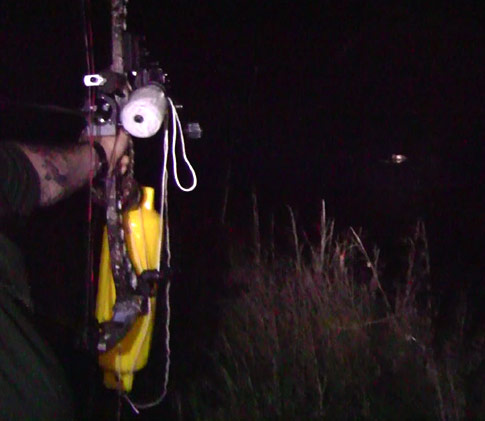 He took his shot. 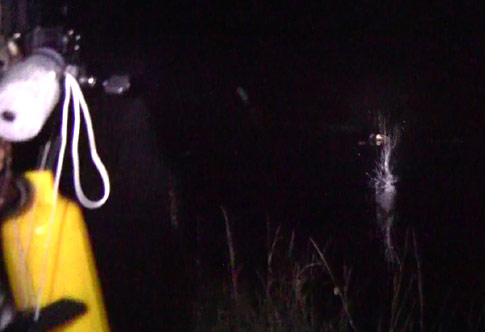 Way low. We moved on.

In the next channel we saw gator eyes again and eased up on them. This gator was in the reeds by the edge of the water. 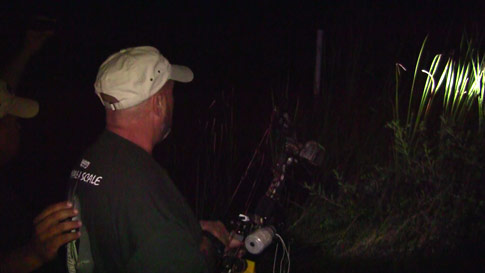 When we got to the gator it was barely visible in among the reeds. An instant before Mike released his arrow the slipped out of view. 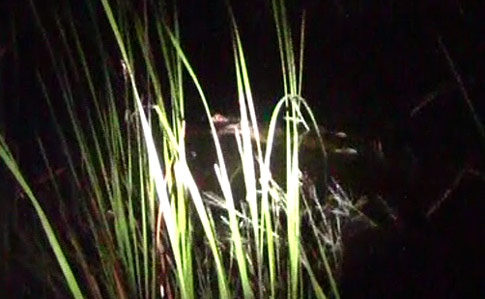 These channels are 6 to 10 feet deep from bank to bank so and at any time they could submerge never to be seen again. And truthfully, this happened a bunch of times, day or night.

Time passed quickly on the night hunt. We had several more stalks and missed shots and some of the gators left as we got closer to them.

Just after midnight we went to one of the large irrigation ponds. In this larger pond it was easier to shine alligator eyes, for two reasons; there were several alligators in these ponds instead of one or two like in a channel, and shining across the open water made it faster to pick up their eyes.

When David first shined the pond we saw two sets of gator eyes. But when he called to them we soon saw eyes all around. Some came right to us, some took a long time. Some swam all the way across the pond and some snuck up on us from the left or right in the water near the shore.

We hunted two different large irrigation ponds. There was plenty of action at both.

We spread out and all three of us had the opportunity to take some shots. At one time we had six gators in front of us. We all had shots and they all were misses.

Here is a gator that was too small. 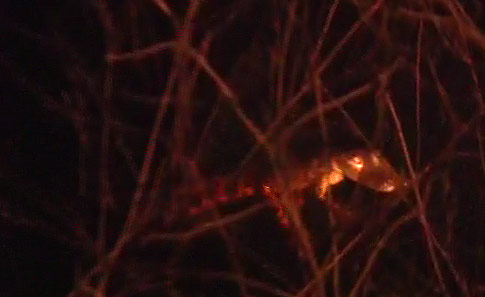 Here is one of the misses. 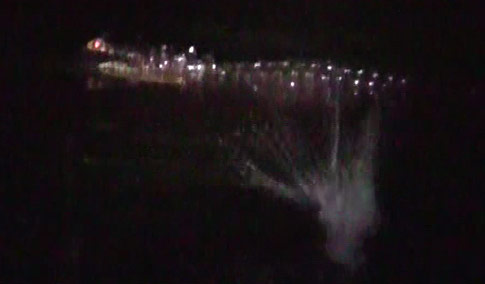 And the one below has its mouth open and is hissing at us. 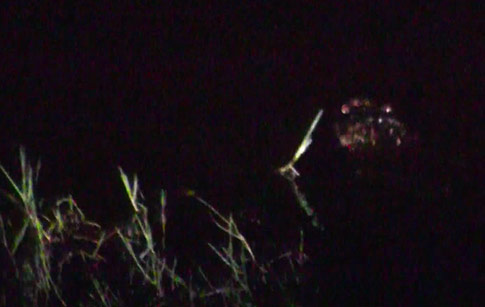 When 2:00am came we were dead tired and decided to call it a night. The ride back to the lodge took quite a while because this is a big place. We talked over the day’s events. Several things had happened during these two irrigation  pond hunts that were important.

One was some fresh input on Mike’s misses. Before this he took all the shots but when we got to the large irrigation ponds we all got shots when there was more than one opportunity at the same time. But we all shot low.

Fred said he thought our 600# test chord was not coming out of the reel smoothly, it dragged enough to slow the arrow down. At the lodge Fred got some 400# test David had and he put that in a reel and he tested it. Now the Gator arrow zipped out of the reel without any drag on the cord, right on target.

Early on, while I was at the first pond my sight light battery gave out and it was hard to figure out where my pin was in our limited light.

David Mills owns a shop named Struttn’ Ruttn’ Reeln’ in the not so nearby city of Aarcadia and he had 400# test line there.

When I slid under the covers it was 4:06am. We got up at 8:00 and drove to Arcadia and bought all of David’s 400# gator line. I went to Wal-Mart and bought all the batteries for my bowsight’s light. Back at the lodge Fred rigged us all with the 400# line and I new batteries in my sight light.

Today was going to be a different deal all together. And I’ll get to that next. Meanwhile, I’ll leave you with one last gator picture, it’s a big one and I don’t know about you but it sure looks menacing to me. 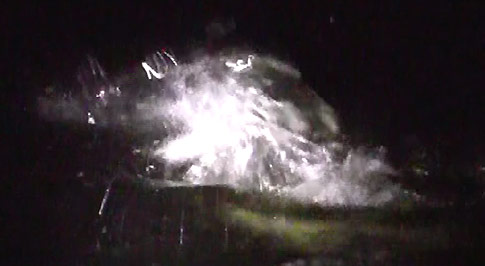