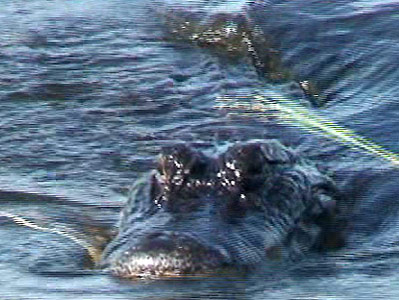 After our failed attempt to tag No-Tail we moved on. Fred, Chef and I didn’t know what David Mills had in store for us yet, but there were plenty of alligators encounters to move on to.

David drove to a large irrigation pond and parked. We got out and he carefully Nikoned the water’s edge. He spotted a gator. 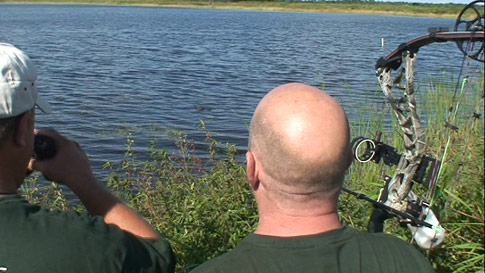 David told us to hide in the reeds and plants at the water’s edge. It was still Chef’s turn to get his gator so if an alligator co-operated he would have the first shot at it. But just in case we got a chance too, Fred and I took our bows as well as our video and digital cameras for camera duty. We advanced into the thick reeds and water plants and hid ourselves. The gator is on the edge of the water to the left of the trees on the opposite shore. 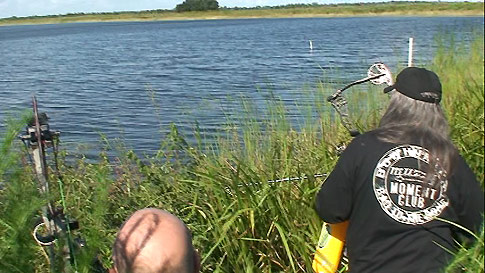 Unexpectedly, David Mills surprised the dickens out of us. Using his mouth and hands he made some of the strangest sounds imaginable. Instantly, the gator, 300 yards away if he was a foot, started swimming in our direction.  He made good time and soon he was on our side. 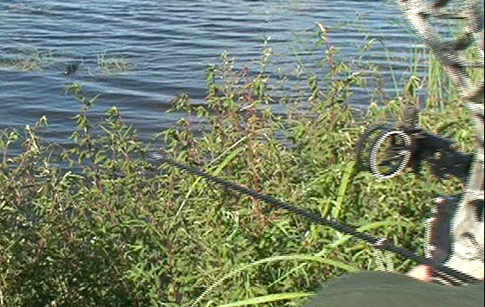 David whispered that the gator was a 7 footer and Chef decided to pass. The gator moved up to the shore line and we lost sight of it. I’m sure I wasn’t the only one wondering if it was now crawling around in the same water-plant jungle we were hiding in. 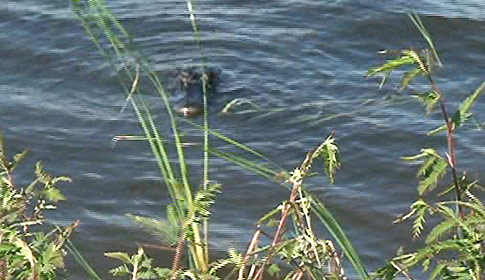 On my right I saw a second gator swimming in parallel to the shore and took its picture, too, as I told Chef that the gator was almost to him.

When it was directly in front of us the gator turned left and advanced toward the shore. Nobody had to ask David if this gator was a shooter.  Through the reeds I could see Chef raising his bow and hooking up. 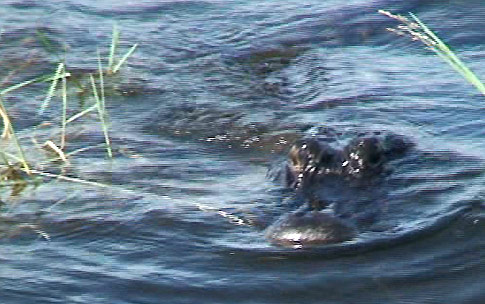 I guess the gator wanted to be sure Chef had a good shot so he inched forward a bit and stopped. 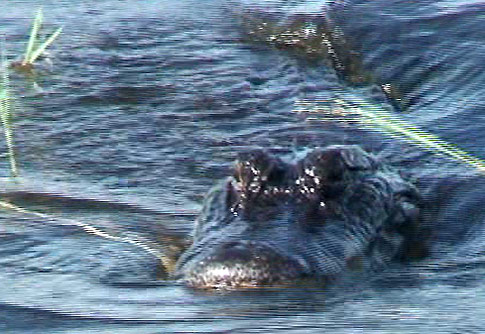 We were six feet above the gator and David told Chef Klause to shoot just behind the head. Chef drew his bow. The arrow landed a foot in front of the gator’s nose and it vanished in a giant spray of water and bubbles.

It didn’t take long before a gator on the other side of the corner of two channels caught out attention. It’s the dark streak in the water in front of me. 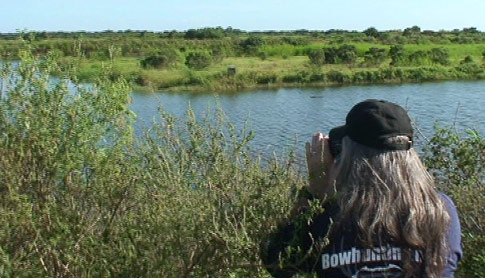 When David made his strange noises our alligator started swimming. 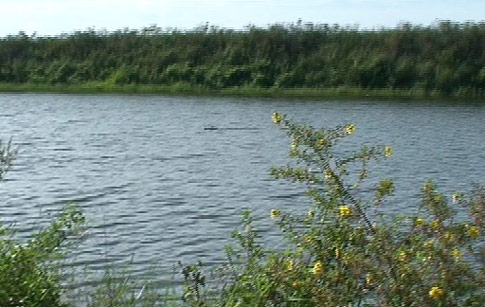 Quickly we spread out in the brush along the levee. Again we held to our plan and it was Chef’s turn for the first shot. 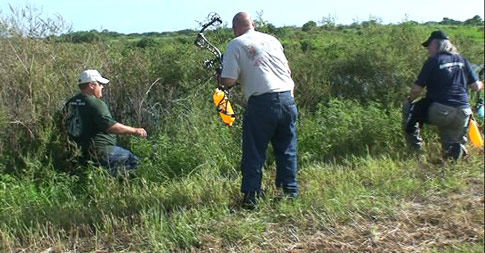 We were barely in position before the alligator came into bow range.

Chef was hurrying to get ready to draw. “Relax,” David Mills told him, “aim carefully, lets make it happen.” 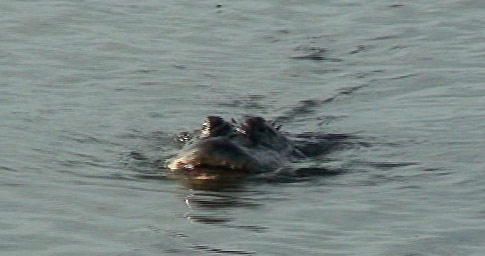 Chef shot. The Muzzy Gator Arrow with the string behind it hit. The shot looked like it hit the gator. 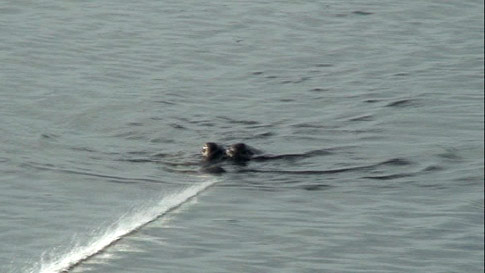 Splash. Actually it was more like SPLASH! The gator went under and exited at break neck speed. Chef’s line was not moving. The shot was a miss. 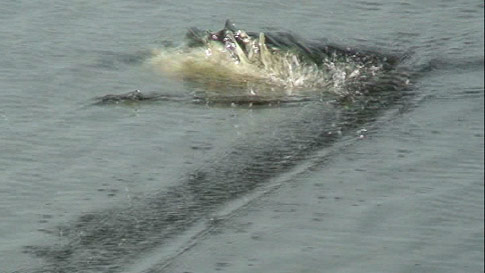 David got a phone call and drove out to the Williams Farm main road. When he saw James Sutton he stopped. James had good news for us. 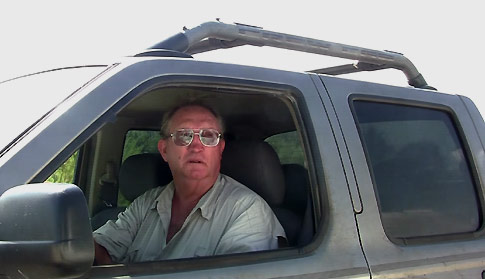 James Sutton had fried up a bunch of quail for us for lunch and that was why he called. David introduced us to James and after visiting a while we went straight to a different hunting lodge, the one where Jame’s fried quail were waiting.

James used his special seasoning mix when he breaded the quail. They were absolutely great. A real outdoor, hunting style meal.

After we all pigged out on quail we gave James the nickname “Chef Sutton.”

Fred checked Chef Klaus’s bow. His arrow rest, .an enclosure style rest, was missing the brush thing that the arrow rests on. It had been knocked off and it was no wonder his arrows were consistently going low. Right now there was no way to replace it either.

Joe Porto offered to let our Chef (Mike Ditschler) use his BowTech Destroyer. Mike took a few practice shots and was good to go.

While they were doing that I looked at some of Joe Porto’s video footage. It was very good.

We moved on. CONTINUED…

Barnett Crossbows for the Entire Family