How Young Is Too Young To Use a Treestand?

by Richard L. Holdcraft
in Bowhunting Posts
0 0
A A
0 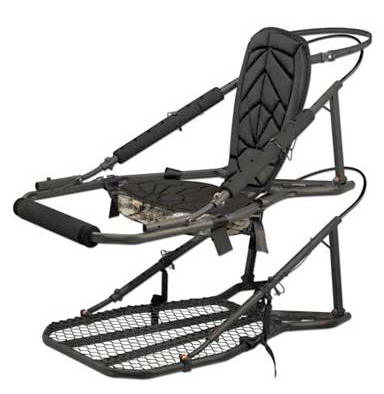 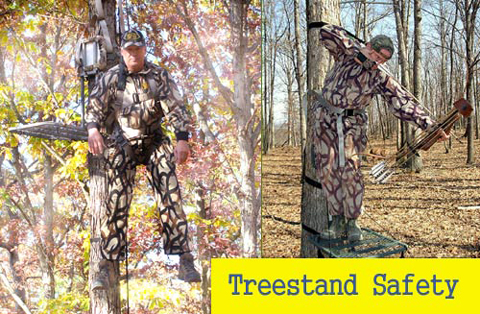 Sponsored by Mountaineer Sports (maker of the life-saving Rescue One  ‘CDS’ Controlled Decent System) and the TreeSuit.

Researchers at the University of Alabama at Birmingham Center for Injury Sciences (CIS), recently published researcher’s findings suggesting that young hunters between the ages of 12 and 34 are most likely to be injured by using treestands. The study further reports that “men were twice as likely as women to be injured and younger hunters more likely than older ones.”

The senior investigator for the study, Dr. Gerald McGwin, Jr., MS, PhD. Associate director for research at the CIS says that younger hunters may have higher injury rates due to a willingness to take risks, less exposure to safety information and more time to hunt than older hunters. He stated the study reveals certain target areas for prevention efforts to include safety education campaigns that recommend the use of safety harnesses and regular maintenance of stands.

In Virginia, all hunters under the age of 12 may not hunt unless immediately supervised by a licensed adult. Does that suggest that a child 12 years old or older can hunt alone, in a treestand, without direct adult supervision? In my way of thinking, it depends also on the maturity level of the child and how much hunting safety information and training they have been exposed to. A child 12 years old or older in Virginia must have a hunting license to hunt, which means they had to have taken the Basic Hunter Education course to get the license. This also means the child has had at least 10-12 hours of hunting safety education and of that about twenty minutes to one hour on treestand safety. Do you really think a child absorbed enough safety information in that time frame to be risk-free in a treestand? As a responsible parent I have serious doubts. So then, what is the answer?

Is the burden for more treestand safety training on the parent or on the State Hunter Education program? I believe it is up to both of them. Parents or guardians should take a more aggressive role in training their children in all aspects of outdoor recreational activities.

State Hunter Education programs can do more to promote education. Some states already have developed public safety announcements that are broadcast during hunting seasons. They have published newspaper articles on the need for hunting safety, attended outdoor shows and provided handout brochures on hunting and treestand safety. Statistically, the states that have more active public awareness programs are the ones with lower incidents per capita of licensed hunters for serious and fatal injuries. Virginia is about to put their “show on the road” to provide treestand safety classes to the public. They are equipping an enclosed trailer with various treestands, ladder stands, and other training equipment to go to all regions of the state and provide the training. National Bowhunter Education Foundation Certified Treestand Safety Instructors have been selected to start up the program. This will increase public awareness in geographical areas with higher risks for treestand incidents and reduce the number of serious and fatal injuries. The Virginia Department of Game and Inland Fisheries is to be commended for taking this initiative and for being a leader in treestand safety efforts.

Here are some thoughts from several individuals, hunters and parents alike.

I think the size and ability of a youth is as important or even more so than age. This is something that the youth’s parent or guardian should decide based on several factors that vary from one to another. I recommend that they take their children with them in a two man stand in order to teach them proper safety and only allow them to be alone in a stand once they are confident in the child’s ability.

What’s the smallest harness that the industry makes. That’s a start. Alone or with a competent adult? It’s hard to put a number on such an activity. It’s like hunting in general, one nine year old may be a lot older than another nine year old. Let me think on it.

I think junior hunters are supposed to remain in the presence of an adult. If that’s the case kids under twelve would be illegal unless they were in a double ladderstand. I think a kid as young as five years old could hunt out of a double ladder stand provided he was accompanied by a respsonsible adult. As far as being in a stand by themselves its a judgement call. I would think an experienced twelve year old who has been trained by a responsible adult should be ok but I would only leave him for an hour or so at first and I would not want him to climb without somebody with him.

One thing I would say is every child develops at a different rate…mentally, physically and emotionally. I believe parents are the best judge of when a child is ready to hunt, use a treestand, etc. Of course, it’s also the parent’s responsibility to ensure the child is using (and knows how to use) a full-body safety harness. A good way to start might be one of the double-seat stands where a parent can be right with the young person during their first hunts from a treestand.

That depends on what type of treestand. A ladder stand could be utilized by someone as young as 5 or 6, while a climbing stand may take a 10 or 12 year old to be able to climb with the stand. But my thoughts are when they are mature enough to not get in a stand without a fall arest system. It is sad but some people never get to that level of maturity.

It would be hard to put a age on this. I know some 10 year old that would be no problem and some that are 20, but have no business in the woods much less in a tree stand. So I would go with must be a hunter, who has completed a hunter education program that included a course in treestand safety.y.

I am, and have always been, one of those people that believes that as far as how young is too young to hunt, or climb into a tree stand is something that should be up to the parents discretion. I think the parents should be the ones who decide and make that final decision on whether or not their child is old enough to hunt or to climb into a tree stand. No one knows their child better than the parent does. Every child progresses different. I live in a state, Ohio, where we have no age limit on when you can first start hunting. I think that is a great law since not every child is ready to handle a gun at the same age. I believe the same goes for a tree stand as well. I think that when the child feels comfortable enough and is ready to climb that tree is when they are ready to be in a tree stand.

I think that this is probably different for each child however if you are looking to give guidelines–my opinion is that the child should have a couple of hunting seasons under their belt practicing safe gun handling, etc. prior to going into a treestand alone. They could be younger if in a buddy stand with a responsible adult. I don’t see any need to subject them to learning safe gun handling and treestand safety at the same time.

These are some interesting ideas about when a child is old enough to hunt from a treestand either by themselves or with a responsible adult. Many state hunting regulations come into play as well and should be reviewed before allowing a child to use a stand. I agree with most folks that the child should have the basic hunter education course which should include instruction on treestand safety, and a few years in the woods learning the ropes before they are allowed to use a treestand independently. What are your thoughts?

In any case, never allow anyone to hunt from a treestand without an approved fall arrest system. In my opinion, the best fall arrest system on the market today is the Rescue ONE CDS. Go to mountaineer-sports.com for more information.