by Robert Hoague
in Bowhunting News
0 0
A A
6 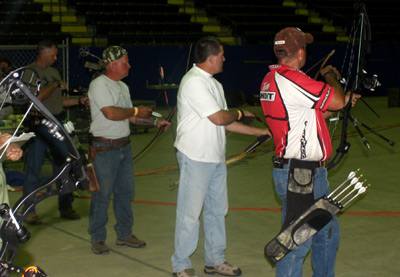 On Sunday afternoon all the qualifying archers gathered for the big shoot off. Dennis Sissell spearheaded the proceedings. The competitors had been narrowed down to 64 shooters, including men and women and compound, recurve and longbow archers.

The first event was a flight round at target painted on the ground. I didn’t hear anyone say how far it was to the target but it looked at least 100 yards to me.

Flu-flu arrows were passed out to all the shooters.

This event was going to take awhile so Frank and I slipped out to get something to eat at Papasitos. When we returned the shooters were moving into the large arena for the final Shoot-Off. Every shooter who made it this far was guaranteed at least $500.

The Shoot-Off consisted of a variety of targets. Here are the running deer.

There were several pairs of pop up deer. 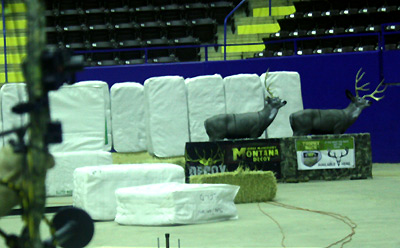 There were both compound and traditional shooters in the final competition. 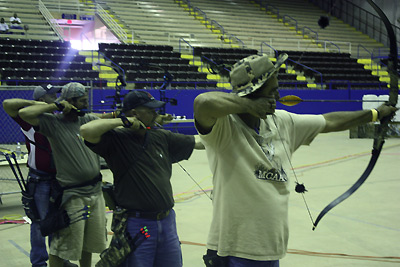 In the picture below you can see how the shoot off worked. In the far left and far right columns is the name of every shooter. After everyone shot the first round, every 8 shooters had 4 winners. These winners were listed in the second column. And so on until there were only two shooters left. 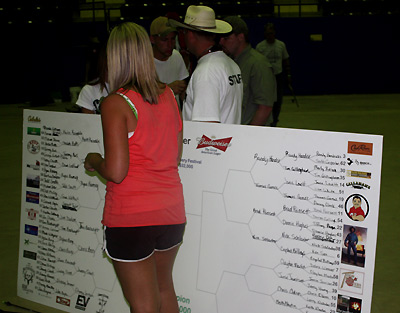 There was some serious shooting done here. 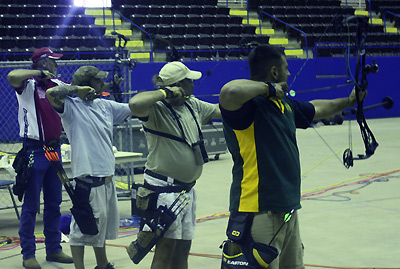 Eventually it boiled down to Sam Wolhuis and Tom Boatright standing on the firing line. 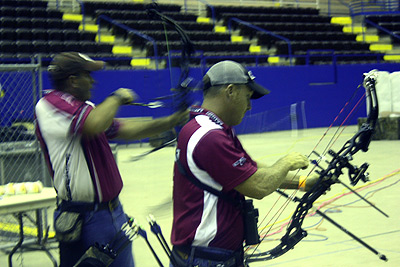 Tom Boatwright was the winner and received $32,000. Sam Wolthuis received $8,000. It was quite a weekend for these guys. 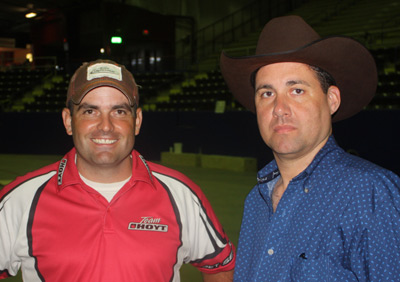 And that was how things went at the Southern National Archery Festival for 2010.

During the Archery Festival I made a bunch of updates and put some videos on my Facebook page. When Boatwright and Wolthuis shot their last round I videoed it on my iPhone. Then I immediately uploaded it to Facebook. It was on 4 minutes after the last shot was made. To see the coverage on Facebook go to www.facebook.com/roberthoague