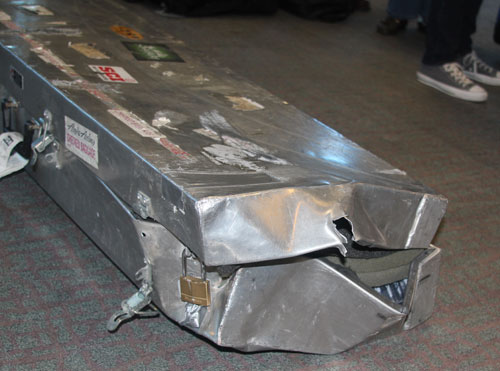 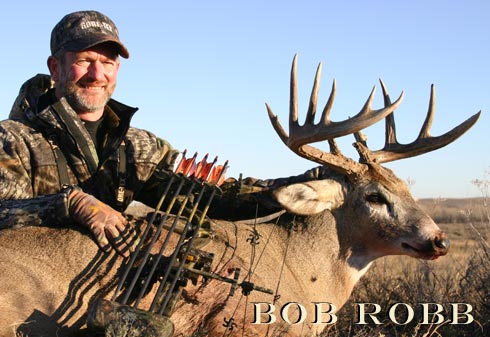 Those of you who travel by air for business or pleasure these days know all about how much fun flying is NOT anymore. I have flown more than a million miles in my life and have grown to dislike it so much that now, if I have to travel less than 1000 miles to a hunt, it is an automatic drive for me. Anything farther and only a tight schedule or a ridiculous driving distance will get me on an airplane.

In mid-October I truly had the Trip From Hell. I flew Delta from Tucson to Montgomery, Alabama with a plane change in Atlanta for an industry hunt in southern Alabama. Sure, whitetail hunting in LA (Lower Alabama) in October is a fool’s game, way too early for deer to be moving and all that, but often when I go on these kinds of trips the purpose is to network with industry folks and other writers, not kill deer. (And you thought all the hunts we get to go on are sweetheart deals, right? I never saw a buck in four days.)

The flight down was OK, until I waited at the baggage carousel in Montgomery. Standing at a baggage carousel anymore is like playing the roulette wheel in Vegas. Red or black? Bags arrive or not? When I saw my duffel bag come off I thought, outstanding! Then I saw my bow case.

I have had this gihugous aluminum Kalispel bow case for more than 15 years. I bought it at an archery pro shop in Anchorage, Alaska for $350 in the mid-1990’s. Knowing I would be flying tens of thousands of miles each year to and from Alaska, I wanted something that could take massive abuse and was large enough for me to pack two bows and a lot of ancillary gear. This case was perfect, and can handle a bow and rifle or shotgun, too. It weighs almost 10 lbs. empty.

I have flown more than 100,000 miles around the world with this case. All over the U.S., Africa, Canada, Mexico, South America … it has seen it all. At one point I had a friend weld the corners back together when they became cracked after years of the usual baggage handler abuse. It was awesome. 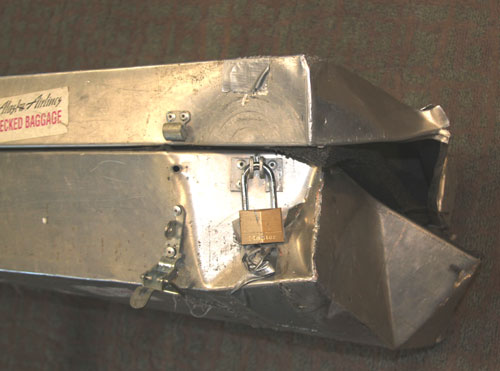 No Really - How did they do this? Godzilla couldn't do that on accident.

And then, Montgomery. As you can see by the pictures, Delta destroyed the undestroyable, wrecked the unwreckable, mangled the unmangleable. My old friend is toast.

So I went to the Delta counter and the two young girls there were in awe. “We’ve seen a lot of abused baggage, but never anything like this,” one said. A nice lady from TSA came over and shook her head. “How in the world did they do that?,” she asked. Theories abounded, from it got caught in a carousel to it fell off the baggage cart in Atlanta and was then run over by a truck. The way it looked to me, it seems very possible somebody behind the scenes thought there were guns inside and tried to physically hammer and pry it open and finally gave up. Or they didn’t like hunters and decided to teach one a lesson. I’ll never know for sure.

Everyone thought my two new Hoyt’s would be destroyed, too, but amazingly both my bows and all the arrows and accessories were unharmed. So the drill was this. Fill out paperwork for a claim. Take bow case with me to the lodge, since I needed a way to get everything there. In the middle of the hunt my friend and writing colleague John E. Phillips was kind enough to drive me two hours back to Montgomery, where at a Bass Pro Shops I bought an inexpensive plastic case I could modify enough to get my bows and most of my gear back home again. After the Bass Pro stop we went back to Delta where I had to surrender my aluminum case so they could send it to a repair shop which will make the determination on whether or not it can be repaired. If not, they will replace it, they said. The manager at Delta said he would ship it that day via Fed Ex, and gave me a copy of the air bill so I could track it.

So I finish the hunt, come home and, four days later, attempt to track the shipment. Fed Ex has no record of it. The repair shop has never heard of it. I spend an hour trying to find a telephone number in the Delta maze with which I can speak with someone and express my concerns. Impossible. Finally I find a way to e-mail customer service, who at the end of the day responds and says the case was shipped that day. Four days after they promised to handle such a simple task.

In meantime I need a big case. My heavy travel season is just beginning and I don’t know what to do. I shop the usual mail order outlets, troll the internet, make some calls. I could not find any information about Kalispel cases anyplace until I found Gerald Bonner at Case Place USA, Inc. (817-784-9138.) He informed me that Kalispel is no longer making cases, and went out of his way to try and help me find a suitable replacement. (Unfortunately we could not, but after this I would recommend doing business with this bunch all day long.)

There are lots of excellent travel cases out there. I love my hard plastic Plano cases, and SKB Cases makes great ones, too. Americase makes solid aluminum cases but none have the interior configuration I want. Right now I have slightly modified a tough-as-nails Plano BowGuard Pillar Lock case so I can pack two bows and a dozen arrows, but I’ll have to carry the rest of my tools and such in my duffel bag, which of course eliminates other stuff I can fly with due to the airline weight restrictions. It will work fine.

In the meantime, I have to deal with Delta. They say it will be 4-6 weeks before the claim can be processed, but if my past experiences with airlines over baggage troubles — and I have some real horror stories for another day — getting satisfaction on this deal will be like pulling teeth. So far Delta has been less than sympathetic or accommodating. In this day and age why would I expect anything different?

There are a couple of lessons to be learned here. One is obvious — to the airlines today, all passengers are nothing more than a piece of meat. For the most part, stellar customer service is as extinct as the dinosaur. When you fly you have to keep all your paperwork and be prepared to handle flight delays and cancellations and lost or damaged luggage. I know that I will have to badger Delta constantly to resolve this issue, and who has that kind of time?’

The second lesson is that when you fly, you need the highest-quality hard case for your equipment you can find. The airlines are going to throw your case around and abuse it, on that you can be as sure as the sun rising in the east.

Any of you out there have horror stories like this you’d like to share with us? I’ll be sure to let you know how Delta resolves this issue for me. 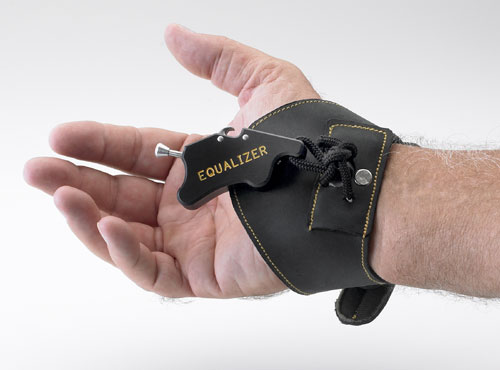 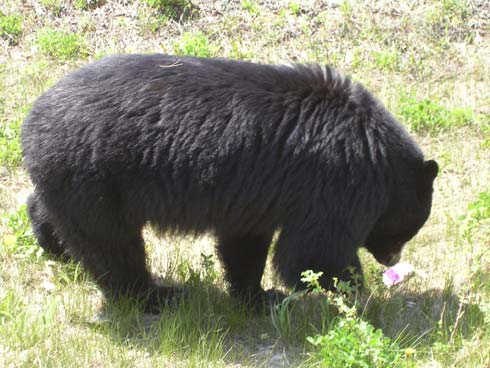 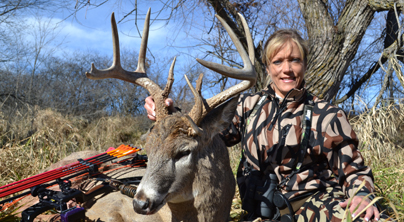 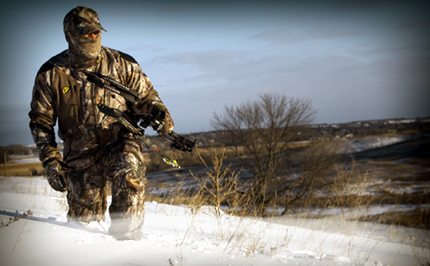