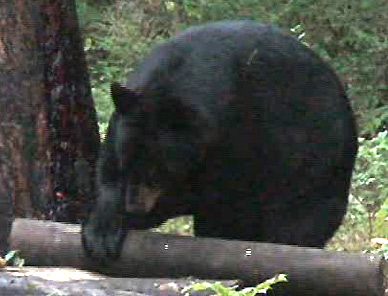 No warning, not a single sound or even a glimpse of a bear. One stepped out of the pines in front of us!

It was him … for the third time. He stopped, half of his back end was still in the trees.

For a few seconds the bear stood still looking straight ahead (instead of at us). Then he come on out. 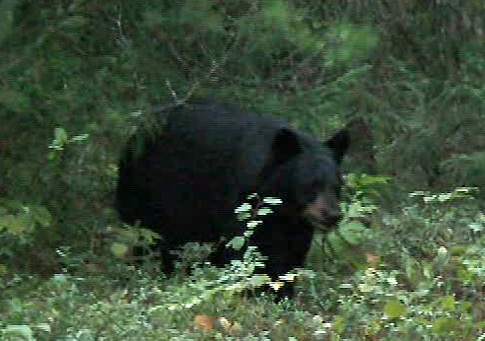 He walked toward the tree where the bait logs were. I hooked my Fletch Hook on the string loop. 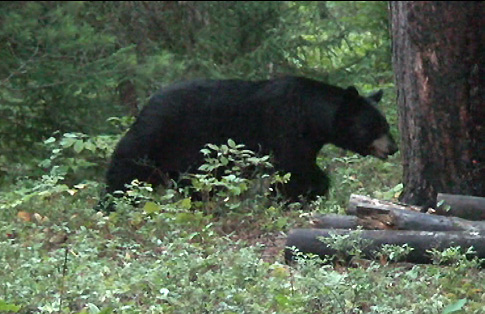 The instant  the bear’s head went behind the pine tree I pulled my bow into the stops. This time I intended for him to meet up with my Victory V-Force. 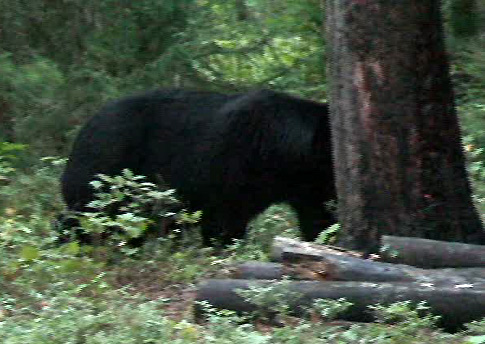 He rounded the tree, turned toward us and paused, looking at the blind. My bright green top pin was on his right shoulder. 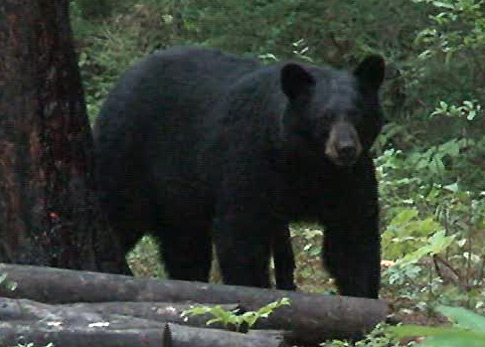 But this was not a good shot for a bear. I waited for him to do whatever he was gonna do.

Ok, now he turned toward the logs and pulled the top one up. I held, this kind of quartering toward me shot would result in a gut shot. 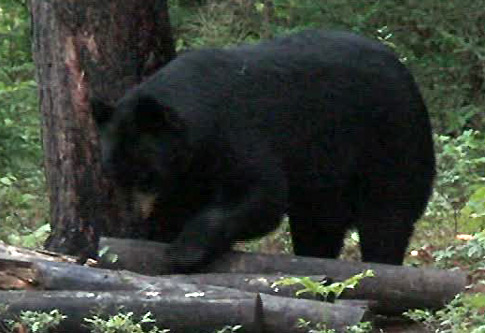 Some fresh meat apparnetly looked good to him and the bear easily pushed the heavy logs out of his way. 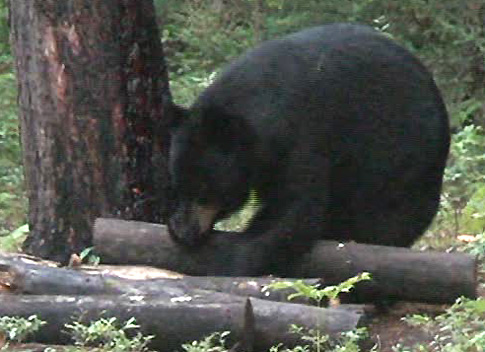 And jammed his big head in the open space and gobbled down some goodies. Talk about a bad shot angle. 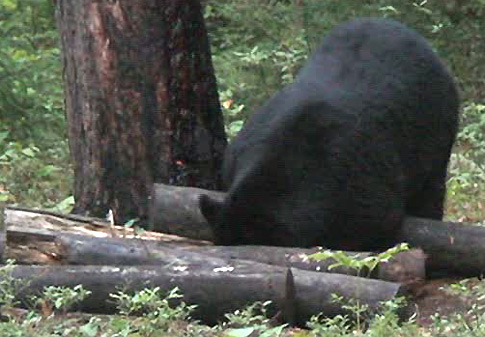 He lifted his head a bit to chew. And glanced our way for just an instant. 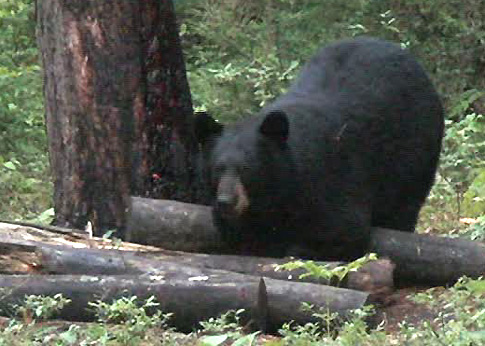 Something about that quick look … did he see something? 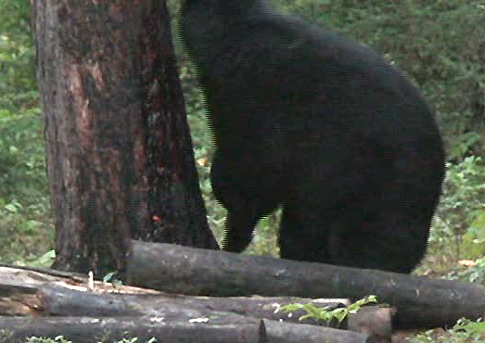 Noooo! He stood up and turned. It couldn’t be! 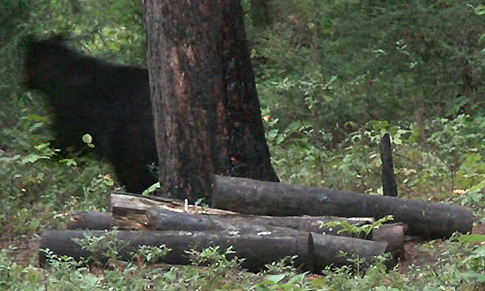 But on the hunt before he came back. Maybe he would this time.

The weather switched from cool to hot, in the 90’s. Mosquitoes filled the air around us as Fred and I hunted on the three remaining days of the hunt. We went through several ThermaCELL fuel bottles and pads while we waited, but we didn’t see the bear again.