by Frank Addington Jr.
in Bowhunting Posts
1 0
A A
0 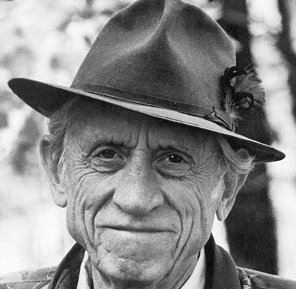 In the 1970’s s Dick Lattimer and company at Bear Archery came out with a slogan that was pretty popular on bumper stickers and T-Shirts. It said five simple but very true words, “Fred Bear Showed Me How”. Archery was beginning a boom that would carry into the 1980’s and see unprecedented growth in the sport. Technical improvements in equipment meant that the compound, aluminum arrows, and other gear were attracting a new wave into the sport, yet most gave credit to a tall, slim fella in a borsolino hat named Fred Bear.

Fred Bear did show us how. Fred Bear was “us”. He was the face of the modern bowhunter and he was very careful with that image. Fred’s films showed respect for the game hunted, educated viewers on the habitat and habits of the game and the environment, and his films sometimes made you laugh. There was adventure to be sure, like the footage of the Kodiak coming up the beach. However, Fred was aware that with all eyes on him he would have to present bowhunting in a very specific way. Remember, not everyone was sold on the sport and to attract gun hunters and even non hunters, Fred was out to educate and promote.

After the shot the next view you had of Fred was usually him holding the animal. You would see a quiet celebration of the success and the hunt. The game deserves that quiet respect. The American Indian would often bow and say a prayer after harvesting game. The animals we hunt deserve this quiet moment of respect.

We have to remember in the big scheme of things, we, as hunters, are a minority in this country. We, as bowhunters, are an even smaller minority. So we must be conscious of this and strive to grow the sport. Fred Bear knew it, and he knew how to attract people to the sport.

Fred Bear also knew how to promote himself, his wares and the sport of archery. In his early days he made leather goods such as quivers, armguards, and gloves. He could not afford a booth at sports shows and would often attend the shows and invite certain attendees by his hotel room after the show closed. There Fred would have his wares displayed across his bed… and people shopped from this hotel room. At the end of the evening Fred would clear off the bed and repeat the process the next day.

As his bow business began, Fred could not afford a booth at the big sport shows. So he would often trade the sport show promoter booth space for an archery demonstration. Fred knew this would serve several purposes. It would promote archery, his name, and his bows. All of these things were good for business. Eventually his company took off and Fred would be able to afford booths at any show he wanted to attend. Hearing Fred tell this story was one of the highlights of my time with him. 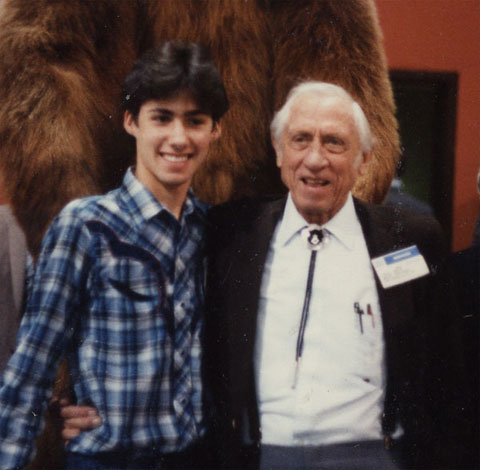 Fred Bear also knew how to keep archery in front of the public by being one of the first bowhunters ever to appear on nationally known TV shows, radio shows, and in magazines and newspapers. No one was better than Fred when it came to getting ink. Fred knew how to take quality photos that would show off the game and his products. He was very careful to learn the art of photography and film so that he could get what he needed for books, articles and movies. To think of a bowhunter on ABC’s Wide World of Sports in the early days is an impressive feat.

Bear also knew there was something to having a celebrity using one of his bows. This was good for business and good for archery. He would invite actors, astronauts and other high profile people into the sport. He would also invite celebrities to join him on hunts at Grousehaven and on other adventures.

Even though times have changed and we live in a different world now, and bowhunting has grown, we can learn so much by looking at the way pioneers like Fred Bear approached growing the sport. The lessons are there if we will take the time to study the way he did it. As far as my own career in archery, I have to admit that my old friend Fred “showed me how “ as well. Thanks Fred.