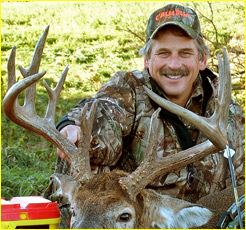 In the business world, a cost-benefit analysis is what helps people decide if the course of action they’re about to take is a profitable one. Many hunters have to do the same thing when it comes to their gear; spending too much on your hunting season may put you in an undesirable position for the rest of the year or put you at odds with your non-hunter spouse.

Especially in today’s economy, hunters can’t afford to spend an arm and a leg on anything they can’t justify or get a significant return on. Hunters have to be frugal but the rules of the game have not changed; if searching for that perfect buck or generating a census of the deer population, C’Mere Deer is still the best way to accomplish these tasks.

The problem with C’Mere Deer is that it works too well and is often consumed in a matter of hours, but C’Mere Deer is known for its uncanny “staying-power” and can still be smelled in an area long after it’s gone.  At some point, though, more needs to be added; the hunter must keep the bait out there for the deer to come back if the hunter has any chance of taking that deer, especially in bow hunting.

One very good way of keeping costs down, without sacrificing performance of your C’Mere Deer, is to use it to enhance 50 – 100 lbs of regular corn with C’Mere Deer. Corn, by itself, is used by hunters all over the world (or at least all over the United States) to give their deer a reason to come into their hunting area.

Below are the steps needed to make C’Mere Deer enhanced corn,

For this example we’re using one gallon, since it will stick nicely to the sprayed or (if using the second technique) soaked corn. 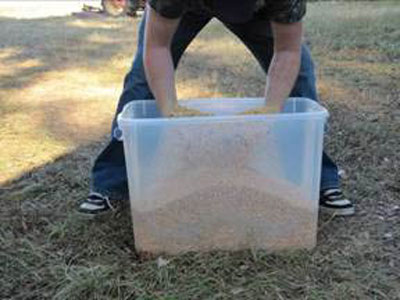 Mix liberally; the object here is to not have clumps in your container. Mix until every kernel of corn is coated with C’Mere Deer powder.

Ideally, it’s best to mix with something other than your hands as your scent could transfer to the mixture. 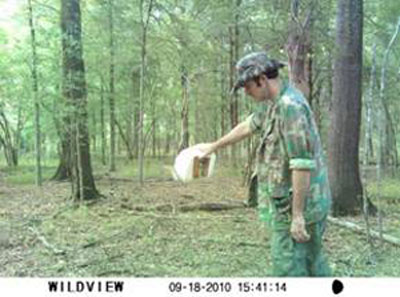 Put it out, two pounds at a time.

Be sure to spread your mixture around; if the deer aren’t used to corn, then you may have to spread it out lightly. 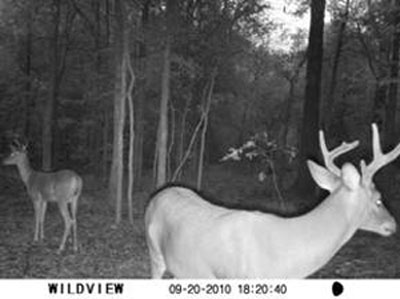 Continue to put out your C’Mere Deer enhanced corn and within a week’s time, assuming there are deer in your area, you’ll start to see photos like this on your trail camera.

(Seen here, these bucks came in within two days of application & I had to move the camera for it to catch them.)

From the above calculation, it would cost $1.48 – $2.24 per application of C’Mere Deer enhanced corn—becoming slightly cheaper for future applications since the container can be reused. This method of enhancing regular corn by using C’Mere Deer works out to be very economical and very useful, as it helps to make your product go much further that it previously would have.

Based on the effectiveness of C’Mere Deer, the cost-benefit analysis works out to be an overwhelming win-win situation for your wallet and for your hunting season!