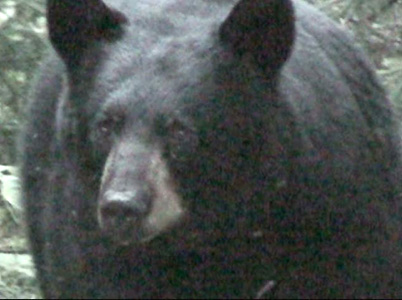 Exactly 15 seconds later we saw black movement in the pines near where the bear had disappeared, he was coming back again. 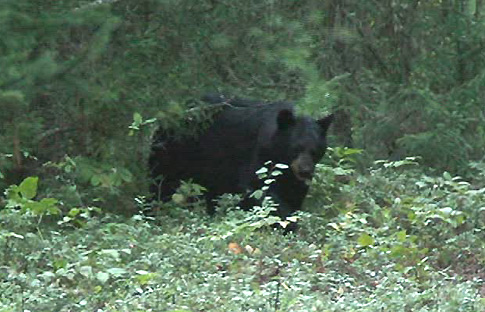 He swaggered closer, glancing at us as he came, and stopped 10 yards in front of the Dark Horse blind. Looking at the blind. 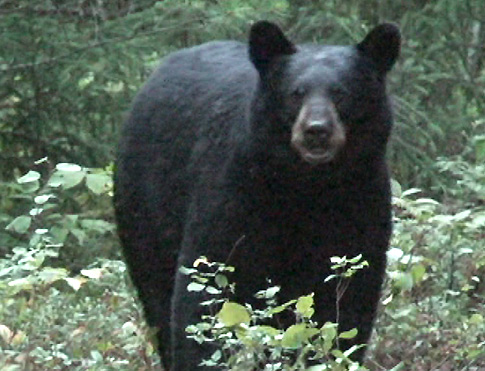 He turned his head but still kept his eyes on us. 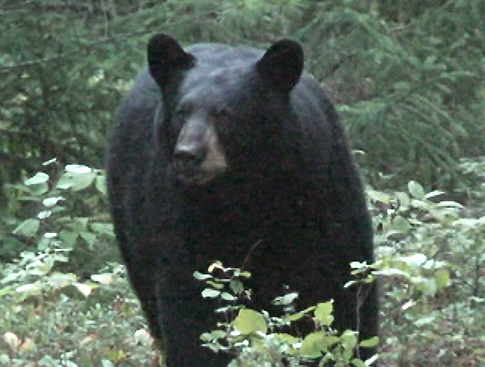 When he glanced toward the bait logs something about his posture and the look on his dark face told me he was ok with us being there. At least for now.

He approached the bait logs and sniffed the logs and the pine tree.

I eased my bow back slowly, careful not to make any noise during the draw. If he held this broadside position a few seconds more … 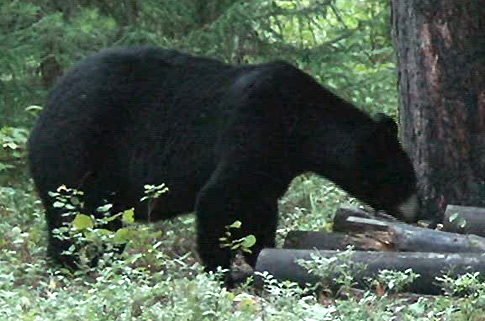 The broadside bear stepped behind the tree. 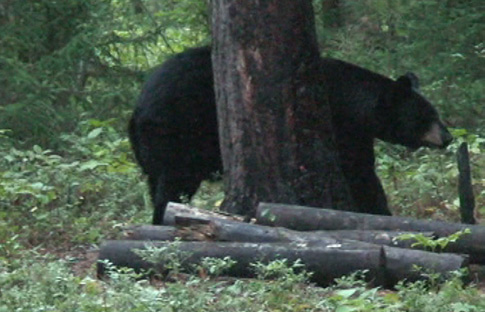 As the bear passed behind the tree I completed my draw. He came around the tree. No shot here, I held for a better angle. 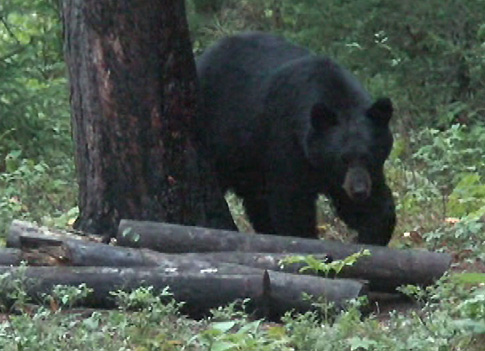 He gobbled up something behind the last log and then pulled the log and made a space to stick his muzzle in. This was a bad shot angle, his lung area was shielded by his heavy shoulder and leg bones. I held. 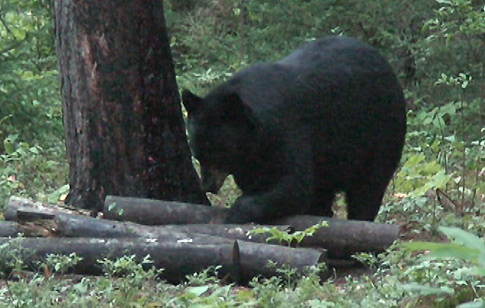 He steped forward. I needed just a little more turn on him to get a broadside shot. And if he moved his left leg forward that would be a good thing too. I moved my pin to where it needed to be when he took the step I needed for a good shoot. 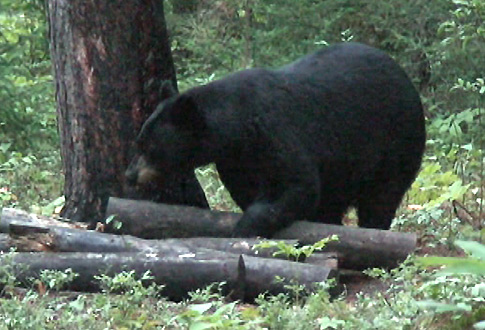 You never know what a bear will do. Suddenly he hopped over the logs and retreated into the pines. 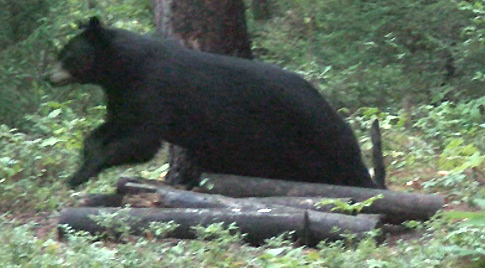 Unbelieving, I sat there watching the bright green of the top pin on my Cobra sight. There no longer was a bear on the other side of it. I shook it off and let down. We waited and wondered if this bear would return one more time.

He would. But not now.

Changing Lives One Child at a Time