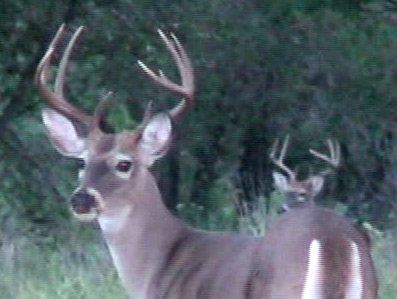 Seven O’clock rolled by with no deer sightings in the woods or the food plot area. Fifteen minutes later I noticed movement in the trees on the hill to the north and glassed it. Two were bucks and I couldn’t see the heads of the other three.

Two moved to the edge of the woods and as I watched them a buck walked by me and went into the food plot and started browsing. Another joined it. (There are 4 bucks in the picture below.) 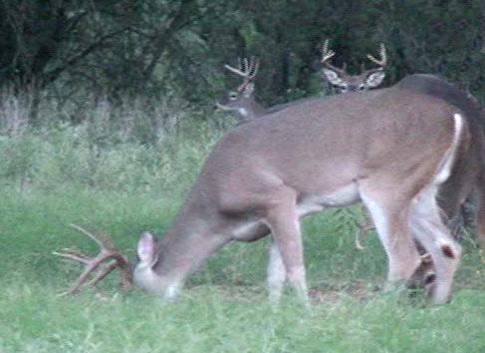 One of the two bucks at the edge of the woods walked toward the browsing bucks. 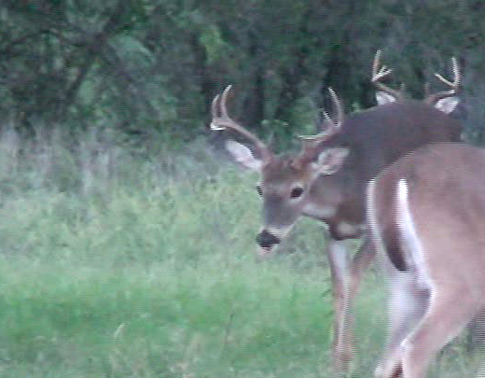 The youngest buck walked up to the ones in the food plot and was  promptly put in his place. The food plot buck watched the other buck head for the woods. The 4th buck stayed clear of the whole thing and that left one buck in the food plot. 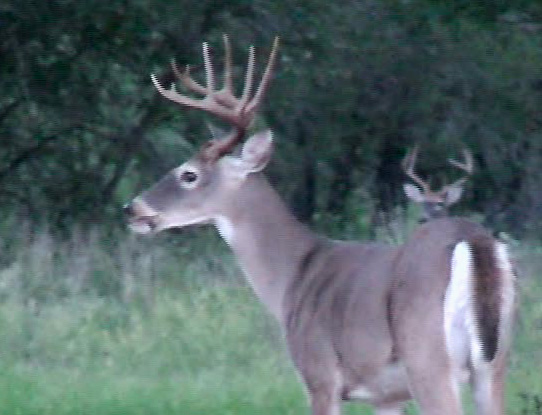 When the food plot buck looked toward the buck still standing on the wood’s edge it reacted by putting his ears back and posturing aggressively. 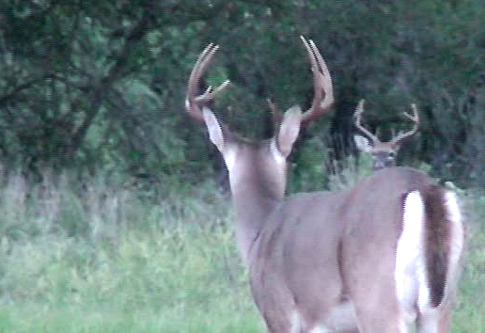 Soon the food plot buck looked away and the other buck took several steps closer. 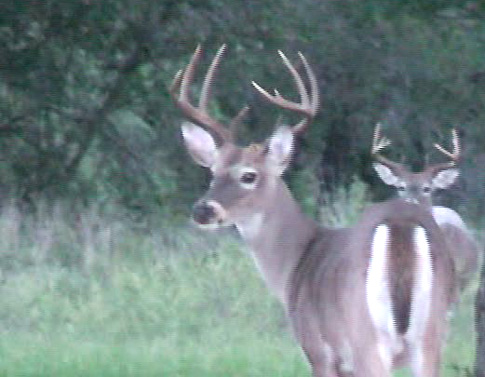 Meanwhile I looked to see what the closer buck was looking at. Another buck, a younger one, was walking out of the woods to the south and I got a pic of it as it walked right by my Moultrie game camera. (A picture of a buck getting its picture taken. Cool.) 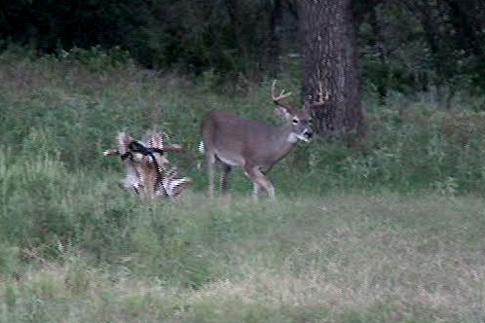 I noticed a larger buck walking along inside the edge of the brush and trees and so did the young buck. It stopped and watched the larger buck. I bumped up the camera zoom a little to try for a closer pic of these two bucks. 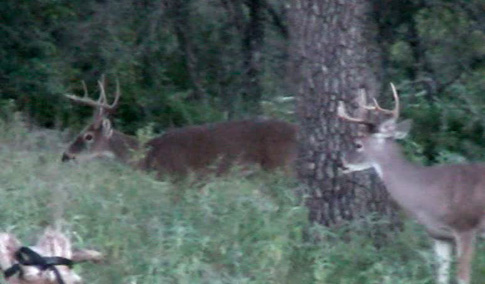 At dark I waited to be sure the bucks were out of the area. When they were I slipped back to the house. Until today my afternoon hunts have had very little deer activity. We’ll see what happens tomorrow.

The Reality of Living With Wolves