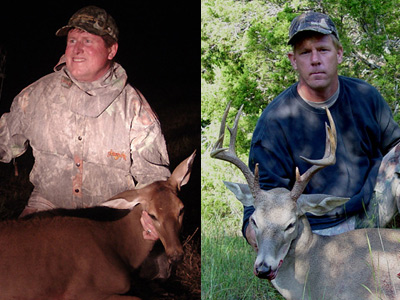 Once again my food plot area was jumping with deer activity and this time it was both bucks and does. I waited for the large buck I saw in the low light yesterday morning but didn’t see it. But I’m all about patience and with just over 90 days left in the season there is plenty of time left. We’ll see how it all shakes out.

My hunting buddy John Askew and his son in law Justin are down and after I came back from my hunt we all compared notes. They both saw a few deer. Yesterday morning Justin got a mature wild boar. He didn’t want to wait until 10:00 to get its picture taken and gutted and quartered it.

The Duck and his son Robbie came down yesterday and Robbie set up a Double Bull ground blind a an area we refer to as the “L”. This morning nothing moved there until 9:30. Robbie saw an 11-point buck walking in his direction. When the buck saw Robbie’s new set up it bolted but stopped behind some trees. The buck decided to check things out closer and when it stepped into the blind’s shooting window Robbie was at full draw.

The buck ran a short distance and crashed down. This is Robbie Beckwith and his Oct 3 buck. 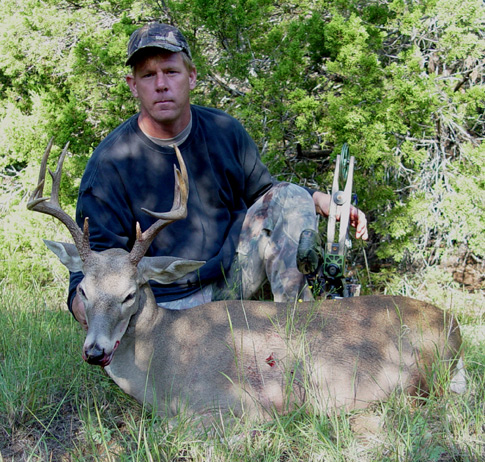 During his afternoon hunt John Askew hunted the Rock Wall and saw “a bunch of deer” in the woods where his tripod stand is as well as the adjacent field. When a large doe ambled in front of John he took his shot. The arrow penetrated through the doe and it ran into the field and stopped. John could see large bubbles coming from its ribs and actually falling to the ground.

When the doe went 20 yards more and laid down in the high weeds and grass of the field. Then John saw glimpses of the deer as it went a few more yards in the tall weeds. John thought the situation over. The deer could be hard to find in the high weeds so he got down and went to where he last saw the doe and recovered it.

Meanwhile Robbie Beckwith shot a wild hog at a stand the Duck calls the “Condo”. He shot both the buck and wild hog with a Muzzy 3-blade,

Here is John Askew and his Oct 3 doe. He got them with a Matthews and NAP Thunderhead. 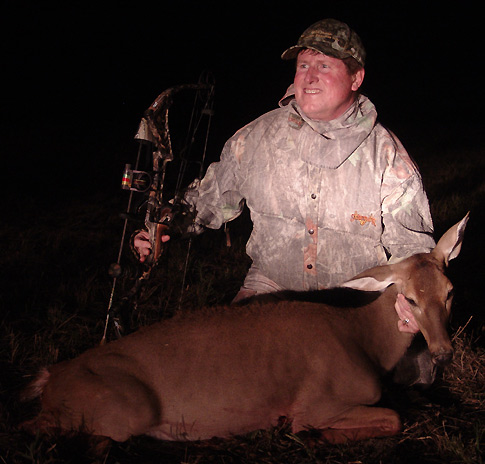 And that was our opening weekend in the deer woods.

SHE Apparel Teams with NWTF