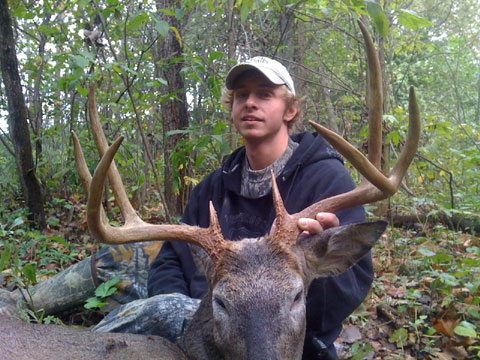 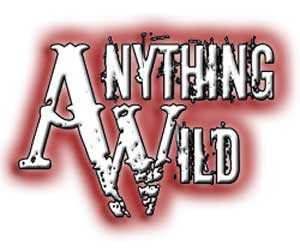 By: Jimmy Durako – Anything Wild TV

It was the summer of 2009 in Indiana and all I could wait for was the first of October. I have been planting food plots, checking trail cameras, shooting our Bowtech’s and making evening drives out to our favorite bean fields watching the velvet grow each week. Needless to say I was fired up for the archery opener.

As the weeks approached quickly I started hanging treestands over the bean fields that some shooters were frequently hitting in the evenings. It was the week before the season when I realized that less and less good bucks were showing up in the beans during daylight hours. I had to switch my game plan from the beans to the newly fallen acorns. I went to a ridge that was full of oaks and the ground was covered with acorns and hung a Wildgame Innovations trail camera on a highly used cross trail. As it was now down to just a day before the season I went and pulled the card to my IR 4 and I was pleased with what I saw.

I had a solid 140″ class 8 pointer using the trail about an hour after shooting light every morning. So knowing that I might only have one chance at him I checked the wind for the next morning on weather.com. It was going to be a southeast wind which was a wind that I could work with. Immediately I went in there with my cameraman and we hung a double set in one of the many oaks on the ridge.

As we woke the next morning I checked the wind again and it was still a southeast wind, so now I know its game on. As I made sure my Victory arrows had the Grim Reaper broadheads tightened my cameraman Scotty drove the 15 minutes to the honey hole.

We were able to get into the set about 30 minutes before light and then we sat silently in the cool, dark October morning. As the sky slowly lightened the fairly open oak ridge I anxiously anticipated how everything was about to go down. I opened a can of Acorn Rage Buck Bomb and filled the air with it’s sweet aroma. It was only about 15 minutes later when I noticed some deer working their way up the ridge right to us.

I was thinking to myself that this was it, I’m about to make it happen on opening morning. As the deer got closer I realized that it was just a group of 4 does. The does fed slowly on the acorns as they passed us. Now there was a problem, these does had moved into a position where they were further up the hill than where my treestand was set. They were 30 yards away and eye level with us. We were hand-cuffed looking the wrong way from where we needed to be looking.

One mature doe had us pegged and was directly down wind from us trying to get our scent. I know if the does blow, our chance at this buck will be ruined. Luckily having sprayed down with the Scent Killer “Disappear” and using every precaution we could for scent control she never got our scent. But she still has her eye on me and I can’t even afford to blink an eye when I hear Scotty whisper “Big buck”.

I’m now a mess, I have our buck coming in from where we intended and I’m froze looking the opposite direction. I stared at the big doe as she stared back and waited for her to break concentration on me. Luckily the buck moving up the hill caught her attention long enough for me to slowly get into position to try and make a shot. As I moved so did Scotty with the camera to get the Pope and Young buck on film.

We were fortunate that the old doe did not pick up on our movement but the buck was already at 15 yards and he noticed the shifting in the tree. He stared briefly up at us and then cautiously turned around giving me the opportunity to draw my Bowtech Admiral. He was walking away and got out to 25 yards and then turned broadside. The buck wasn’t stopping and on high alert so I didn’t want to try and stop him and risk him busting out of there. I positioned my slider sight on his left shoulder and squeezed the Tru-Fire release to watch the Victory arrow fly straight into a small limb and then penetrate the buck in the center of his body. As the deer ran off my emotions were on a roller coaster ride. I was fired up that I got an arrow into him but at the same time I felt sick because of the poorly placed shot.

We sat there and waited for an hour before climbing down meanwhile going over everything that just happened. After getting down and walking to where the deer was when the arrow slammed into him we found a couple drops of blood. We then went back to the house and digitized the footage replaying it frame by frame to see exactly where the shot was. After reviewing it we decided that is was gut and a liver at best. I was a wreck because we were not going after him until the next day.

As day broke the next day after a sleepless night I gathered a group of my buddies to begin the search. We got a plan together and slowly worked our way through the timber and within minutes I heard Dave yell “Got him” and a huge relief overwhelmed me. I quickly ran through the timber to see a few smiling faces and my opening day buck.