by Randy Oitker
in Bowhunting News
0 0
0

Randy Oitker has been bringing audiences to their feet with his amazing archery skills for years. He broke his own world record in London in 2009 for the Guinness World Record Smashed. The following year he took his amazing archery talents on the road again wowing audiences in Rome, Italy and Beijing, China and now Randy’s next stop is the huge television audience on JIMMY KIMMEL LIVE!

Randy was a hit in London, England in front of a world-wide audience where he shattered Guinness World Record Smashed by shooting and breaking 6 balloons with 6 arrows, one shot. His fame spreading, our world famous archer will next be appearing on Jimmy Kimmel Live Thursday, Nov 4.

With months already spent preparing for this event it has now been confirmed. Randy will be performing his archery magic between other celebrity appearances scheduled for the show in front of another live audience. And, according to Randy there will be a BIG surprise sometime during the show. No one at the Oitker household knows exactly what that BIG surprise will be and no one from the Kimmel show is talking either. Be sure to tune in to see Randy work his bow and arrow magic and see what this surprise will be.

If you love archery you will not want to miss this show. If you love excitement and you want to root for Randy again, you will want to be in front of your TV; ABC, Thursday night November 4, 11:05 pm Central Time. Randy and archery take center stage again so please check your local listings. 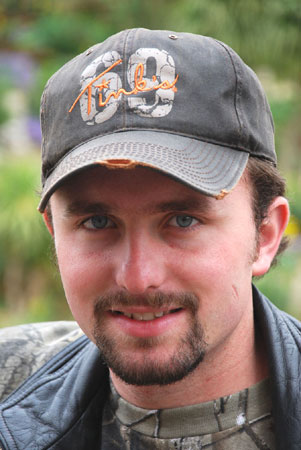 If you are in the area and would like Free tickets to the Jimmy Kimmel TV show to see Randy:
http://www.1iota.com/shows,Jimmy-Kimmel-Live,1.html