by Roger Raglin
in Bowhunting Posts
0 0
A A
0 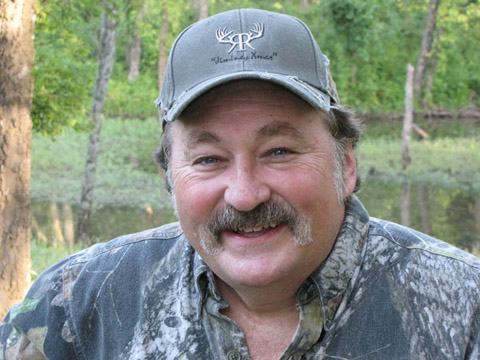 This coming Saturday night our second son, Jason, is finally getting married at the ripe ole age of 30. He’s a good kid and the wedding is going to be a big event. My wife in particular is really excited. She’s been shopping for several weeks now and has her dress selection boiled down to four dresses. She came in from the mall yesterday with all four.

“You going to trade off and wear one every :30 minutes?”, I asked.
“No. I just can’t make up my mind so I brought all of em’ home,” she answered with a sneer.

I can promise you she’ll try them all on 10 times the day of the wedding before we walk out the door probably making us late for alter time. But that’s OK. We’ll all be dressed to the hilt in our finest wear. It’s going to be fun. And my wife will look and feel good about herself. That’s what’s really important.

I hate to say it but that’s really how it is when it comes down to selecting which camo pattern to hunt in this year. Man oh man and what a selection we sportsmen have to pick from nowadays. I was on the road and happened to stop at the Bass Pro just outside of Richmond, Virginia a few weeks ago and I couldn’t believe all the camo that was hanging on the racks. It was mind boggling. It reminded me of what my wife had been going through looking at dresses. Which one do I pick?

We certainly didn’t have that problem 25 years ago. Pickings were mighty slim. My first few hunting videos from the mid-80’s I wore army fatigues for camo. That’s all there was. But you know what? I made the best of it and it still worked.

I remember when Jim Crumley came out with TreBark. Oh my, a real camo pattern for hunters. That new revelation swept across the country like wild fire. One of my fondest memories of those early years came after having a phone conversation with my good friend Rich Walton of Bowhunting.Net fame. TreBark was one of Rich’s Hawk Associates clients at the time and he worked out a deal with Crumley for me to stop at the Bass Pro in Springfield, Missouri (on my way to an Illinois bowhunt) and I could select any TreBark product – buy it – and I would get reimbursed. I remember that day like yesterday. It took me 2 hours to try everything on and actually spent $1,800 that afternoon. Now that was back when Ronald Regan was still president mind you. I walked out of that store with several arms full of ‘the latest fad’. Was that fun. I actually still have several of those jackets hanging in my shed. I don’t wear them anymore but they’re still in good shape after all those years.

Here in 2010 the selection of available camo patterns has never been greater. And I’ll have to admit I still get giddy over picking out what pattern I’m going to wear for the fall. When it’s all said and done I’ll sure look good and it will make me feel good as well. Let’s face it – when the smoke clears that probably is as important as anything isn’t it? It now is simply a part of the ritual of the annual hunting season. It’s not a bad part. It’s a good part. And ritual is a very important part of our physiological make up as human beings. But having and wearing the perfect camo pattern to hunt in is probably not quite as necessary as we really want to let on is it? Here’s an important fact to remember.

There really is no such thing as an all purpose camo pattern. Sorry. What works good for a sportsman whose hunting on the prairies of Wyoming probably isn’t near as effective for him/her when they’re sitting in a white oak in Alabama. That’s kinda common sense isn’t it? Early season bowhunting back east when everything is green as a gourd demands a little bit of a different color pattern versus bowhunting in December in Iowa when there’s no leaves on a single tree with a foot of snow everywhere. Wouldn’t you think? The list of examples is virtually endless isn’t it?

The truth is if concealment is really the issue, then the average mid-western hunter or hunter from about anywhere really needs about four or five different patterns to wear throughout the year – especially if he/she hunts waterfowl and turkeys or in other words everything that’s available. You know it seems to me that could get mighty expensive in a hurry. You’d better shop around to do this.

I’ve done some research on this issue and I honestly believe that True Timber offers the best selection of various patterns to fit different hunting scenarios – from waterfowl hunting to hunting in the snow. And the best thing is they are very reasonably priced versus most other bigger name brands. True Timber as a company has been around for 6-7 years now and they are doing quite well because of their variety, quality and price point. You might give them a look when you get a chance. www.truetimber.com

In wrapping this up, I’ll tell what really has worked well for me over the years – SIT STILL WHEN HUNTING. By cutting your movement down to a minimum when hunting – boy oh boy you can poke a hole in a lot of critters and take them home with you when you make this a big part of your hunting practice. That’s mighty profound isn’t it?

So this fall here’s what I’d suggest. Don’t miss out on that all important ritual of getting all dressed up to go hunting. Pick out a pattern that you like and that makes you feel good. Use some simple common sense and pick a pattern that fits the area and time of year in which you’ll be hunting. I’m going to wear True Timber’s newest pattern MC2. I really like how it looks. It’s got some green, enough brown in it for me and I really like how I feel when wearing it. And it didn’t break the bank when I picked out two sets for me and my son. I really liked that part. And when that big Maine bull moose stepped out in front of me this past September, I was perfectly still and then busted him good at 25 yards. He only ran 60 yards and piled up. It worked! I looked and felt good doing it. Isn’t that really why we wear camo?