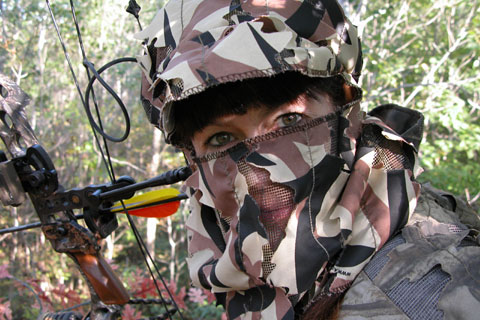 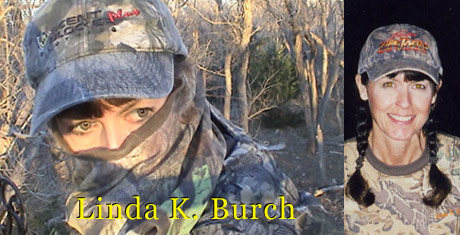 I stood there in what should have been a Kodak moment: a brilliantly colored fall woods, the angled mid-day sun glinting through the trees, a walk in the woods for several hours, thanking God for strength and health and my many blessings and dragging a deer back to camp. I had seen dozens of amazing looking mushrooms including a new growth of sulphur shelf on a large dead oak tree that I later harvested. Instead of feeling that euphoria of fall, I was feeling dejected. I felt my eyes starting to water up but stuffed it back. I hung my head looking at my bow against a backdrop of the mosaic of leaves on the forest floor. I looked upward. “Why?” “Why, when given this passion for archery and hunting, and why when I prepare 110% for it, and why when everything goes right, does it end up like this?”

I’ve asked that question a hundred times about various things over my lifetime. Today’s Why was not as grave as past queries, but I am serious about my bowhunting. I come to it ready and confident. I teach others about being fully prepared. I have been blessed with harvests each year, but not today. 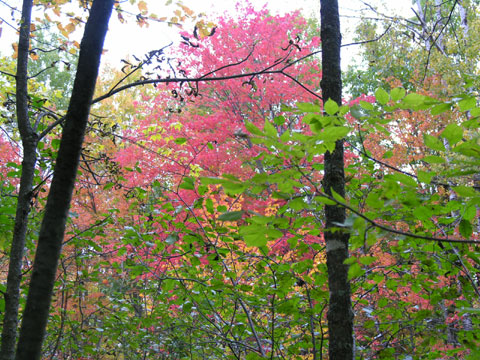 The evening before I sat on the “black squirrel” tree stand. I had been taunted by this wee black rodent for several days. I have arrowed squirrels before, but ever since I saw my first black squirrel in Alabama, I have wanted to get one and have it mounted by my taxidermist. They are very unique. I had never seen a black squirrel in my ten years of owning my land. The oak ridge was the black squirrel’s range and it seemed the center of that range was the oak tree in which my tree stand hung. The critter never got closer than 30 yards, and I was not confident to shoot something that tiny at that distance. And now there he was again. I had debated whether to harvest him if given the opportunity, or let him procreate so I could have a herd of black squirrels and hence better odds at killing one in the future. That evening, the squirrel appeared, did his lap around me tree at 30-40 yards and was gone. 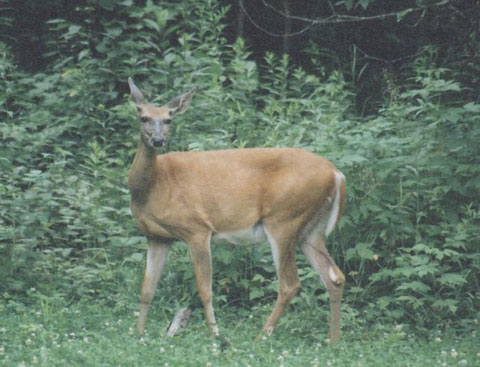 Later as I was glassing the swamp edge, I saw a very large doe approaching, as large as many bucks I’ve arrowed. I readied my bow for the shooting window before me at 27 yards and held at full draw. I was practiced and prepared to 50 yards this year so 27 seemed like a gimme shot. Everything was going perfectly. She stopped in the distance, I let the arrow fly, she 180’d and did the death run back north on the swamp trail. I slumped in my stand as the flush of adrenalin consumed me head to toe. I pulled out my binoculars and saw my arrow in the leaves just beyond where the doe stood. “A pass through!” I thought to myself. Most of my shots are pass throughs. I knew I had hit at the center of the lung area so finding her was academic. I waited 15 minutes for good measure, descended from my stand, strode to my arrow and then, got the “oh oh” feeling. The arrow had no blood on the fletching so it had NOT gone through the animal. There was no way I missed however. I pulled the arrow out of the leaves and saw a bowhunter’s worst nightmare: it was half an arrow with bright red blood and hair on the broken stub end. I looked around and saw a small tree near where I shot the doe. She must have sheared the arrow off as she spun around. The broadhead and other half of the arrow were still in the deer.

This meant, no exit wound, a plugged entry wound and no blood trail. It also meant, the doe was dead somewhere and I might not be able to find her. I went up the deer trail along the swamp where I saw her run. No blood. I went another 25 yards up the trail, and saw blood on leaves and some drops on the ground. I was jubilant, and decided since it was getting dark, I would just go up the deer trail and surely I find her piled up nearby. No such luck. I decided to go back to camp, change into lighter weight clothes, drive back on the ATV with my sidearm since this was bear territory, and look again. By now it was dark. I returned and walked back up the deer trail and discovered a huge bear scat, bear prints and a bear trail. If the bear had found my dead doe, he might be territorial about it. I decided to come back in the morning instead. Since the low would be 43 degrees that night, the doe would not spoil. 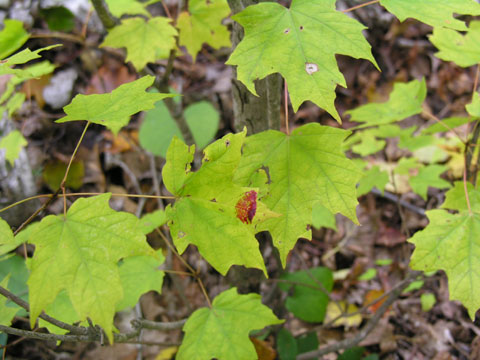 Back at 8am, I began my search at last blood. I found 60 yards of blood trail on leaves and branches at my mid-hip level which made the wound a double lunger like I thought. She stopped once and there was blood on the ground. After 60 yards, the blood trail just stopped. I backtracked in case she had back tracked to go another route. No luck. I marked the blood trail with florescent trail ribbon to determine her trajectory. No luck. I went back to last blood and notice there were four distinct routes she could have taken. There were many deer tracks so discerning which were hers was impossible. One trail went west to a pocket swamp, one straight ahead north, one went on the deer trail around the tag alder swamp, and the last one went right into the thick of the swamp which was full of water and impregnable by any human. When deer do their death run, they mostly run down hill as their life energy dissipates, and often run toward or into in a swamp. I did concentric circles around last blood, but there was no more trail to follow. I did a grid search of my entire north 40. I followed every deer trail that led to thick cover areas and searched every one. I have arrowed dozens of deer on my land, and I know where they hide, and I know where they go on their death runs. I knew she was dead somewhere, and if I didn’t find her she would be bear and raccoon food by day’s end. I spent 5-1/2 hours searching for the animal.

Now as it neared 2pm, I knew I was out of options. “Why” I had asked myself. I would have done nothing differently with the preparation and events of these two days. Everything went right. I am obsessive about being prepared and practiced. I questioned if I didn’t pull enough poundage on my bow and hence the kinetic energy was not great enough for a pass through at distances greater than 20 yards? I wondered if my arrow had hit a rib so it had not passed through. It didn’t seem fair. That’s when I got a little upset with God and had a chat with Him. 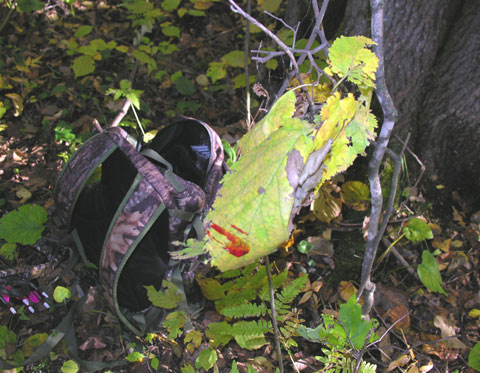 I take the harvest of an animal quite seriously. Oh, I get excited and do the yippee yell and the happy dance with a successful harvest, but I also offer up thanks for it. I regard bowhunting and my expertise for doing it, as a privilege. And I have a due diligence when taking the life of an animal, to do so humanely and to recover that animal at all costs. I hate to give up, but in this case, I was out of options.

Too often over the years, I see hunters who are not prepared, who shoot everything that moves, who are cavalier about killing and who don’t look longer than a few minutes for an animal after they shoot one. When we teach Firearm Safety, we call them “slob hunters”. Some give up looking for an animal after the shot, because they are afraid of the boogie man out there in the woods. Some can’t find or read a blood trail, or are just too lazy to look. There is no excuse for lack of due diligence in searching for that which you’ve shot or killed. We all want to find what we worked so hard to get. It’s a matter of ethics.

I had to go home empty handed this time, which is unsettling. Each time I’ve been in that area of my land since, I have looked again, hoping to find the other half of my arrow, or a deer skull. The ones that get away seem to be the one’s we remember the most.