Got My Deer with Hot Trails 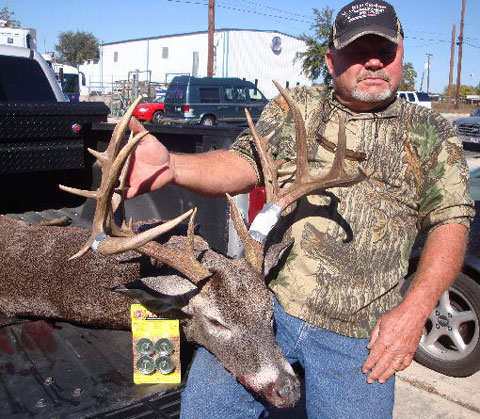 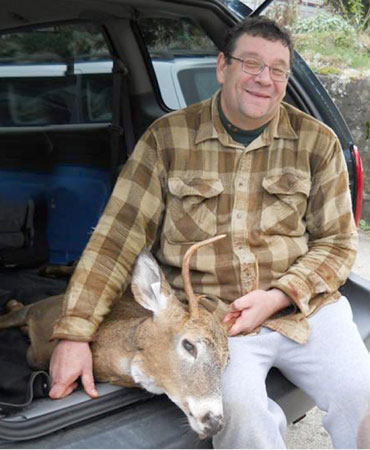 Just want you to know that I just put in another order and to tell you how pleased I am with your product. I have taken a buck and a doe while using your hot trails candles.

The buck came in like a dog on a leash! It was neat to see. I’ve used scent before, but never gotten the response like with Hot Trails. The buck was average for this area, but the season is not over. Maybe I’ll have a nice animal to send pictures.

Again, thanks for your product. I’m looking forward to trying the curiosity candle next! I have tags for 5 more bucks here in RI – the rut is still on, so I still have time to harvest another one or two!

Have a great day and hope you get to go out and do a little hunting of your own!

There is really not a lot to tell, says Wayne to Bill. I had a Doe n Heat candle burning over near the feed pen and about 6 does were in it eating about 7 in the morning. Some small bucks were milling around and then all of a sudden they were gone. I was trying to figure out what spooked them when I saw movement downwind of the feeder. Out stepped the biggest buck I have ever seen. It looked like he had points going in all directions.

When he started walking towards the feed pen and the does I really started to shake. Then he stopped, put his nose in the air and did a lip curl, stood there for it seemed like an hour, and turned and started to walk away for the does. I could not believe he was leaving. Well he wasn’t, he went over to the nearest mesquite tree and started to make a scrape. He smelled the candle and thought one of the does was in heat and instead of chasing them all, he was going to let her come to him.

Well that was the last thing he ever will have on him mind. I shot him at 250 yards and he dropped like a rock. I called Bill Moore at 7:24 am to tell him his candles had worked again and it was a dandy. The deer aged at 6 ½, had 20 scoreable points , and had a gross B&C score of 175. My best buck ever.

Want your story here? Well there is Hot Trails – Go getcha some.