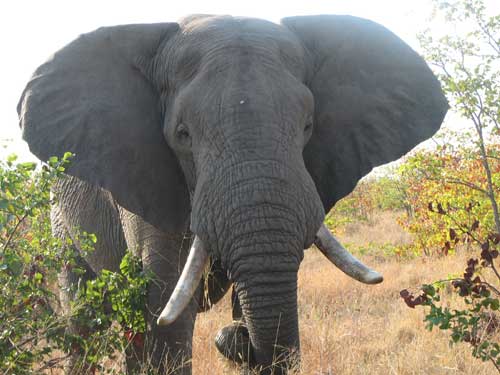 Elephant and the rest of the Big 5 are often sighted daily. We often see these big guys up close and personal. 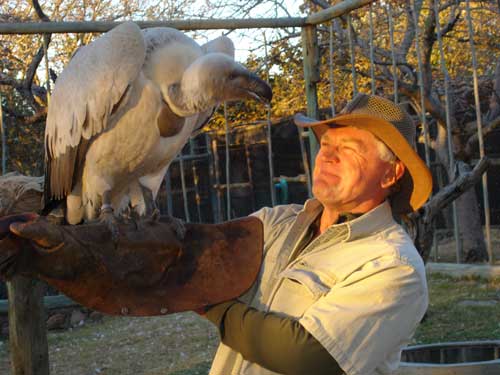 “The African sun dipped behind the Mopani trees and on cue the lion pride began to roar. My friends from Pennsylvania widened their eyes and raised their heads from the campfire, staring toward the primal call. It was day 5 of the Adventure Safari and it just kept getting better. Every day is like a combination of National Geo Explorer and Discovery with a little Wild Kingdom thrown in”, said Kathy Negro an elementary school teacher and safari participant from North Huntingdon Pa.

This adventure safari was assembled by wildlife film maker and biologist Wade Nolan who resides in Derry Pennsylvania. Wade and his wife Hazel, who lived in Alaska for 17 years choose to settle down in a warmer climate and picked a small farm on the edge of the Laurel Highlands of southern Pa.. His work still takes him back to Alaska but his new favorite adventure spot is now South Africa. Nolan has spoken in over 225 cities about his adventures.

Nolan said, “I got the Adventure safari idea after repeatedly getting the same question at my speaking events.” “If you ever need someone to carry your camera I’m available…just call me”, they say. “I realized that maybe some people would like to accompany me on these adventures”, Wade said. “I’m definitely one of the most fortunate and blessed guys alive as I routinely travel to Africa to film wildlife, work with researchers and wildlife vets and often hear lions roar from my sleeping bag. Just last year I was fortunate to sell my wildlife footage to both Nat. Geo and Animal Planet. Across the last 10 years I’ve traveled to South Africa yearly for as much as six weeks at a time.”

Wade continued, “During my travels I’ve kept a list of my favorite adventures. Two years ago I teamed up with an South African national tour guide who I’d often travel with when working in Africa and made a plan. Bennie agreed to put together and host a custom Adventure Safari so I could bring friends over with me. My groups are real small and intimate, never more than 10.”

Some of the highlights of this 13 day Adventure safari includes unique opportunities to participate in “Game Capture” just like working with Merle Perkins on Wild Kingdom. Wades and his guests have teamed up with wildlife vets and captured 4 Rhinos, 2 Cape Buffalo and over 42 Wildebeests, 4 sable antelope and a Giraffe using dart guns, helicopters and capture teams. His adventure safari also visits with researcher friends that own a lion breeding station where they are breeding the endangered white Timbavati Lions.

The safari visits some of the most breath taking scenery in the continent plus travels to small modern villages and Africa’s only silk factory. Kathy Negro from North Huntingdon said, “shopping at the open air bazaars and in the little shops will satisfy even the most professional of shoppers. One surprising aspect of the trip is that I never felt unsafe. The African people are probably the best part of the adventure. Wade and Bennie share Africa from a naturalists point of view and make the days seem like you’re part of a Planet Earth special.”

Much of the safari is spent at beautiful safari accommodations that offer four star lodging with grass roofs. Many of the participants are husbands and wives and people who just enjoy the adventure of the real outdoors. The safari spends 7 days in Kruger National Park which is where much of the Discovery footage originates. Leopards, lions, elephant herds, Cape buffalo and Nile croc’s will all be seen as Bennie’s Mercedes mini bus travels to secret spots in the international park that is the size of Massachusetts. “The most surprising part of the safari was that I could afford it on the salary of a school teacher, said Kathy Negro.

We have seen as many a 6 leopards in trip. Last month we saw 2 leopards on separate kills….one with the Impala still kicking.

Biologist and film maker Wade Nolan is taking another group of adventurers to Africa next April for a 13 day safari and has a few openings. You can see some streaming video highlights of his one of a kind adventure safari by going to www.wadenolan.com.