Hunt Africa with this Unheard of Opportunity! 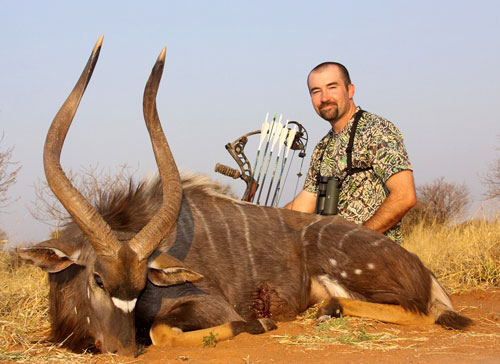 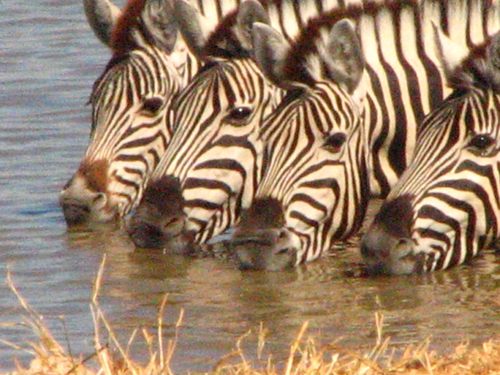 Dries Visser Safaris is the only fully exclusive Bowhunting operation serving South Africa… and now Namibia. Dries and his staff are all serious bowhunters and they bring a level of support to bow benders that is unequaled on the Dark Continent. Across the last 16 years Dries and his staff of PH.’s have guided hunters from all over the world to within bow range of trophy plains game and Big 5. Now a new era is beginning in the western Kalahari of Namibia. Dries has opened a new unhunted area in the highest rainfall zone in Namibia and during the summer of 2011 the first bowhunters ever will be sitting over waterholes in carefully built bow blinds waiting for Plains Game. 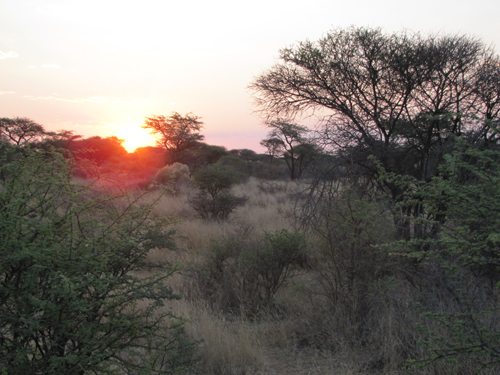 Not only will Dries be offering 10,000 acres of managed hunting but also a unique 50,000 acre concession of adjacent open range. This area is unique in that it is rich with native plains game. You heard right, we will be hunting free-ranging animals just like you do in America’s west. 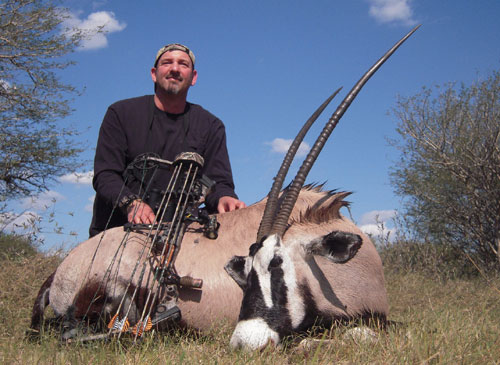 The Western Kalahari in this region has large populations of Gemsbok, Kudu, Hartebeest, Springbok Duiker and warthog. Like hunting waterholes for Elk, Mulie’s or Pronghorn in Colorado or Montana these native desert dwellers come in to traditional waterholes where we have blinds set up for “20 yards and broadside”. 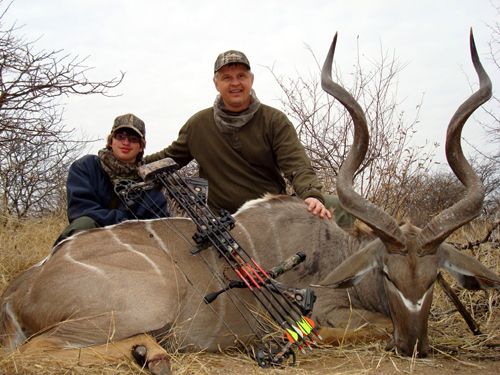 To kick start this new Kalahari base camp Dries is offering an unheard of special for 5 groups of hunters (4 in a group). The offer is a “bring 3 hunt for free” offer that will give a group coordinator a bonus for his efforts. We are offering an 8 day safari package on both open range and managed land for the group planner during the summer of 2011. Hunt packages are way more reasonable than your thinking and the new facilities at the Safari Camp are 5-star. 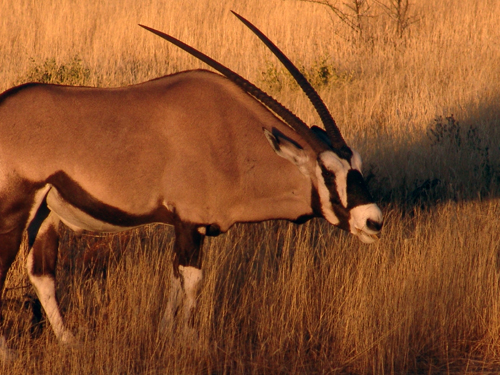 Got My Deer With Hot Trails