by Gary Elliott
in Bowhunting Posts
0 0
A A
3 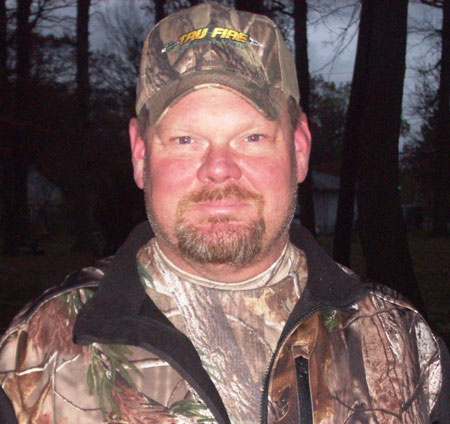 This is my story of how after 48 years I took the leap to get into bowhunting. I will attempt to relay my first year of learning the sport and preparing for that first hunt.  I hope you will enjoy my journey and if you too started into bowhunting later in life you’ll understand how I felt. Main thing, it doesn’t matter how old you are when you decide to take the plunge. It is still never too late to pick up a bow and head to the great outdoors.

Since I was a young lad I have always been fascinated by the woods and the animals that inhabit it.  Any time I had the chance I would take off for the woods. Many times to just to sit and admire God’s beauty.

In my early teens I would spend time with my cousins during the summer hunting in the mountains of Kentucky. Mostly we hunted animals for their fur and with that I learned a little about skinning and tanning hides.  Unfortunately, this I feel is a lost or dying skill.

Then of course I have the fond memories of my Dad taking me camping whether it be in the woods or at a KOA.  Either way it was still getting outdoors and learning to appreciate nature and sharing it with my Dad.

As I grew older and my interests changed to automobiles and girls, I didn’t go to the woods as often as I would have liked.  But every fall I still found myself driving north to admire and photograph the fall colors as the leaves changed.  Time went by and soon I was married and had children.  In the blink of an eye the children were in or out of college and for whatever reason,  the urge started coming back to get back into the woods.

In the last several years I have spent more time photographing animals and nature.  I have finally gotten my wife to go tent camping so long as we had electricity close at hand.

Then mid-summer last year I got talking to a friend I had known since I was a kid.  He is the kinda guy that is a poster person for the outdoors.  As we talked I brought up that I was interested in learning to shoot a bow.  The next thing I knew he offered me the use of his old bow.  I quickly accepted.

A few days later he called to let me know he had it ready and to come over so he could set it up for me and show me the basics.  So, off I went and it wasn’t long before I was in my back yard shooting every day. Many days I came home for lunch and ended up in the yard shooting instead of eating.  I just couldn’t get enough.

I also started going to an indoor range on rainy days and began talking to the owner, Clint, who showed me a Ross Carnivore and offered me a great deal that enticed me even more.  After getting home that night I pondered the strategy of the negotiations that would follow with the wife. I came home that day waiting for the perfect opportunity to begin the negotiations.  When that right moment came I just started the hard sell on how I needed my own bow and what a great deal I was getting.  After several hours, okay days, of negotiating I received her blessing and I was off to see Clint, get my new bow and get his help in getting me setup. On word to anyone starting out in archery, get professional help getting the right equipment. Of course I was in the dog house for a while with the wife, but it was all worth it looking back and I would like to think she’s happy I made the decision too. So armed with my new Ross I began shooting like a mad man, practicing seven days a week many twice a day.

I found myself asking my friend tons of questions which I know had to drive him nuts. I was a kid in a candy store having a blast.  I tried different things and then started reading about hunting and shooting. My wife was ready to have me committed, but I explained that there were others like me.

So, I spent my first season practicing.  I began practicing just getting close to a target then working my way to hitting a regular nine inch paper plate, then a six inch plate, then finally hitting a three inch circle from 20, 30 and even 40 yards. Even though here in Michigan the average distance to harvest a whitetail is about 18 yards.  Once I was able to do this, winter was just around the corner and I still wanted to shoot.  I continued to shoot outside until January came and it was just too cold to shoot outside.

I found an indoor league and joined.  It was loaded with great people who enjoyed shooting as much as I did and loved talking about the woods and animals.  I sat and listened while others gave me advice and told stories of their hunts. I still enjoy listening to advice and hunting stories.  You can learn a lot from listening.

When the league ended I knew a 3D league would be starting soon and Turkey season was just around the corner.  I thought it sounded interesting walking around in the woods shooting at fake animals.  It was great shooting from stands and learning how to compensate for height and shooting from sitting positions all things I hadn’t thought about, or practiced.  Great practice for the upcoming turkey season, which I greatly looked forward to.

Spring turkey season had finally arrived!  My wife has an Uncle who lives up north and has good hunting property.  I called Jim and asked if I could come up there and hunt with him during turkey season.  He, being a hunter of many years, had a lot to share with me and didn’t mind me coming up. Soon I had a blind up and decoys out and a two track to watch and watch and watch some more. Nothing, not one turkey in sight.  All this excitement and nothing to be excited about.  The videos showed turkeys always showing up for hunters so, why not me?  I soon realized it isn’t like in the movies!

All the practicing all the previous summer and fall then winter and now, nothing to shoot at.  But I was in the woods.  I started taking in the scenery and all that was going on. This is what it’s about. I had finally found what I had been looking for.  I was in my glory and really having fun.  I began watching a North American Flicker dig and find his dinner.  Soon three deer went running behind me and then they were in front of me about 20 yards away just eating and keeping an eye on my blind.  This was great and I forgot I was there to hunt turkey and began snapping pictures not realizing it was quickly becoming dark.  I grudgingly got my stuff and headed to the house for the night.  Excited about the next day and what it would bring.

Gary has also started a blog called Spirit of the Outdoors at BowNation.com. Click Here to follow Gary’s BowNation Blog