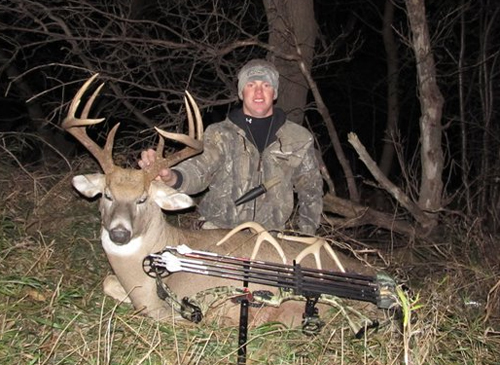 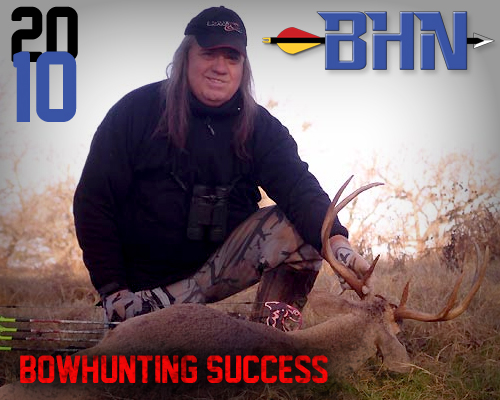 Here are some of the success photos from 2010 so far:

Ben used his 5 year old brother’s synthetic rattling antlers to call in this public land brute from over a quarter mile away. A 25 yard shot took out both shoulders, both lungs and the vessels coming out of the heart as it made it 70 yards before Ben watched him tip over dead. 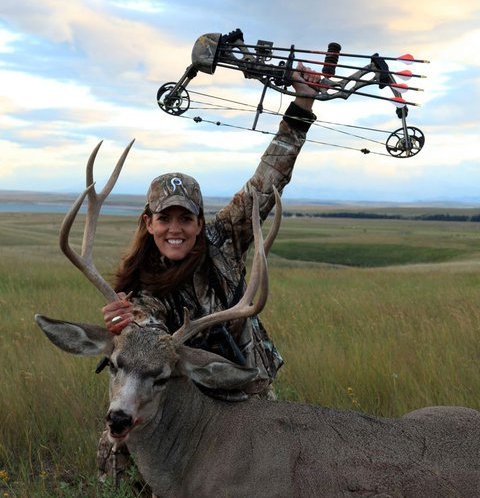 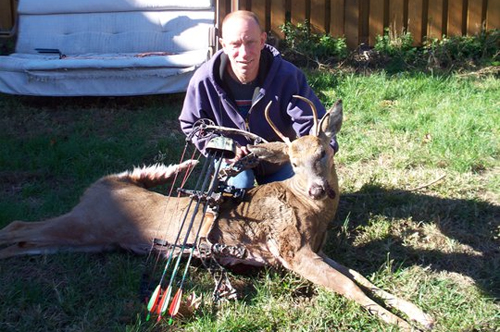 Joe shot this spike buck at 20 yards with his Mathews Z7 and Rage broadheads. 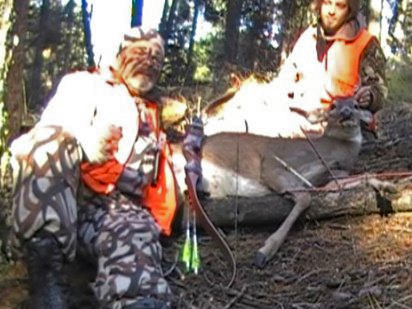 “This is not my first whitetail buck with a bow, as I have use a modern compound bow in years previous. But this is my first whitetail buck with a recurve bow and CX Heritage arrows, during our general hunting season, which is our rifle season. What made this hunt so special is that my son Anthony, was there to see his dad take his first traditional bow kill on a whitetail buck. We call this buck, “The Ice Breaker Buck.” Yes it’s the first one but it sure will not be the last one taken with a recurve.” 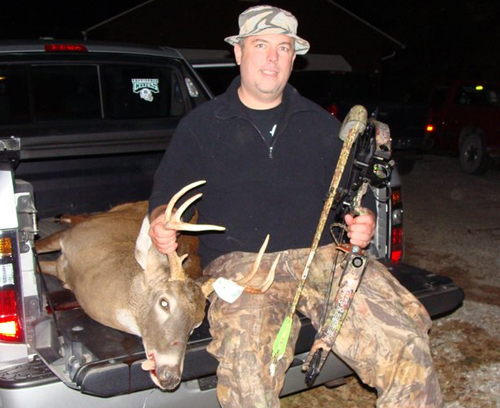 Paul shot this nice buck last in Brown County Illinois. Here is how the story goes: “Around 4pm I heard a loud crash directly to my left. Turning slowly, I saw a doe coming at me in a hurry, and she wasn’t slowing down for anything. With a doe tag to fill, and 1 day left to hunt, I drew back and tried to get the right angle, but she flew past me before I could get a shot. About five minutes later, I heard some leaves crunch in the same direction the doe came from, and it wasn’t a squirrel! It was this buck standing about fifty yards away, behind some thick brush. With his nose to the ground, he slowly walked the same trail as the doe, and then stopped ten yards in front of me. I waited until he “quartered” away from me, drew and fired. I made a clean shot through his broadside, but he didn’t run. Instead, he slowly walked about fifty yards, then fell into a deep ravine (my back still hurts). 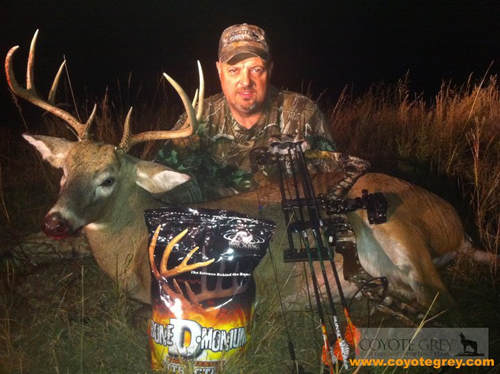 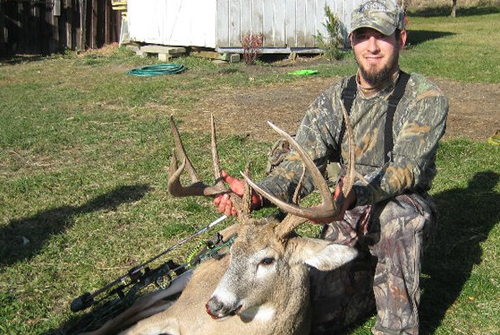 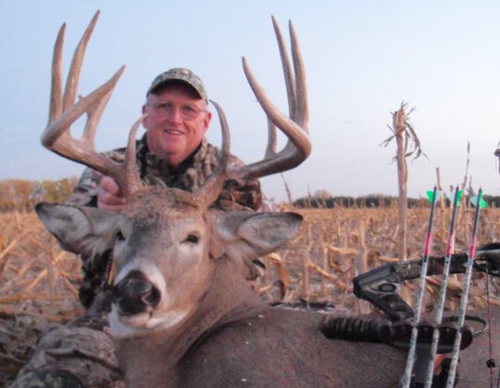 “This buck grosses 170 2/8″. Weight prior to field dressing was 285 pounds. I took this buck hunting with Eagle Creek Outfitters near Paradise Ks. Nate and Joy Smith have an amazing operation. I have been in a stand six times over the past two years and have taken two P&Y bucks.” 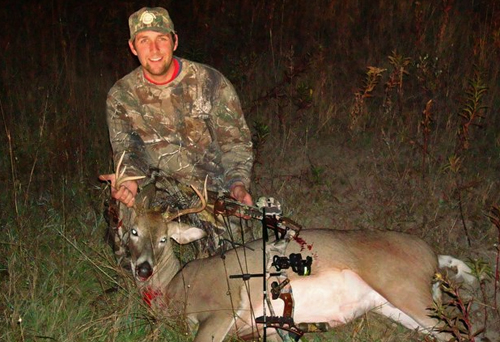 JOIN IN:
If you would like to be featured in our next BHN “Bowhunting Success” monthly post,  become our fan on facebook or visit our forums and post your success photos. A success photo can be any photo that defines success in your eyes!