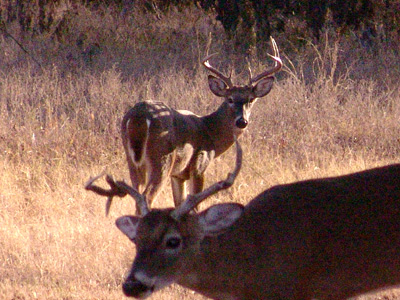 38 degrees. Calm. Overcast. The way I know when I’m in the “zone” is when I don’t know what day it is unless I look it up. Yep, I’m in the zone this morning.

At first light an 8-point walked over from the hill. Soon another 8 came up. They watched the area for at least 10 minutes. By that time there was just enough light to take their pictures. And I did. 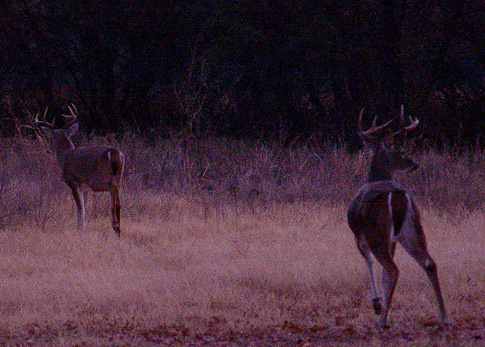 Freak 3 is here now. He walked into the food plot and browsed around in the frost bit stuff. 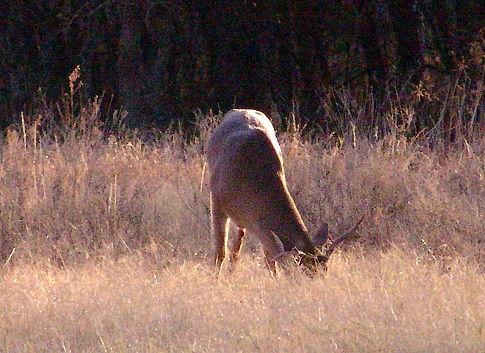 Here he is with a mouthfull of what must be pretty good eating this time of year. I zoomed in on him so you can see better. 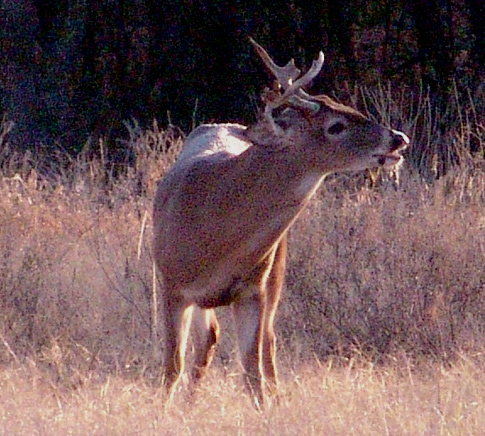 Soon he went back in the trees and ten minutes later he walked up to my left. Look at those bumps on his right antler. His main beam and G2 are broken. So is his left main beam. Also his ear doesn’t do right, he’s been gored or somehow hurt it. 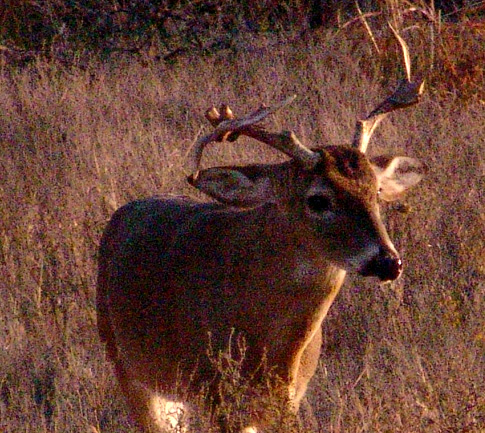 Now Freak 3 is watching another buck walking up. The other buck is an 8-point. Freak 3 won’t let him come into the food plot. I pictured them up. 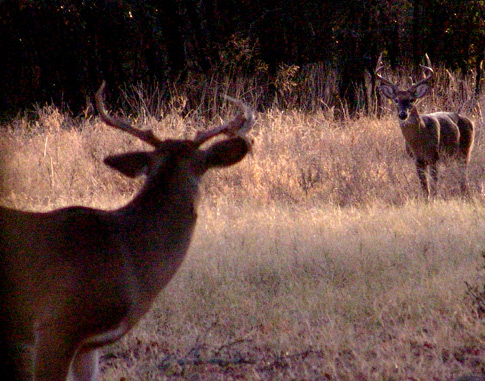 The new buck makes a hissing, gurgling sound at Freak 3. 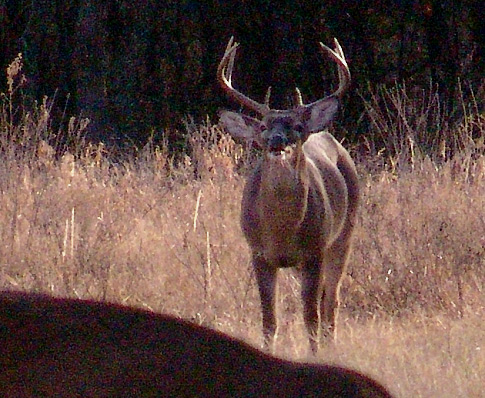 But Freak 3 wouldn’t give ground to him and the new buck kept his distance. Eventually Freak 3 turned and moved on. 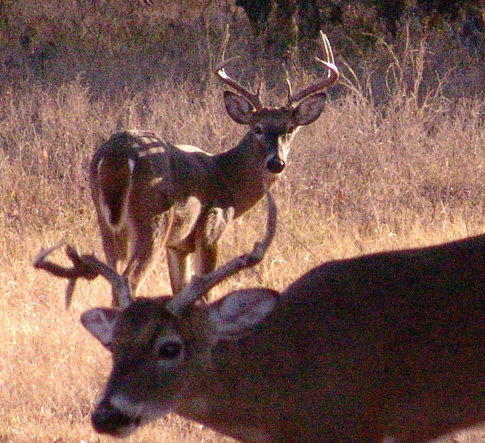 When the Freak 3 was out of sight the other buck moved further away for a while and then returned. 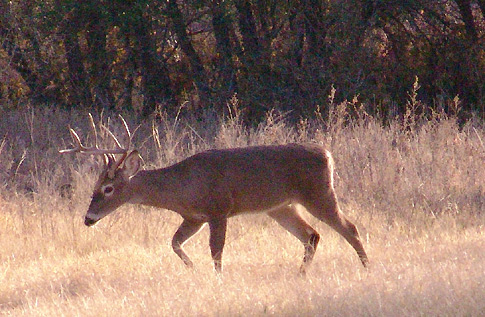 The 8-point hung around. When I saw something catch his attention I took his pic and looked to see what he saw. 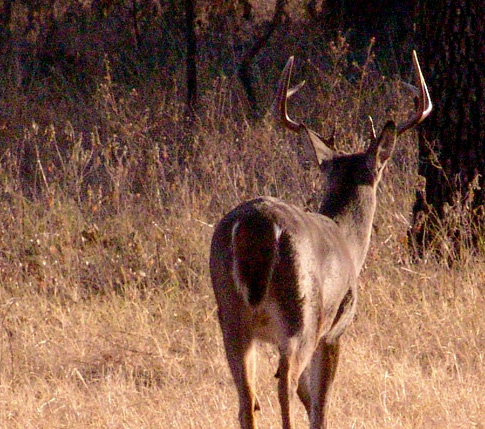 Holy moley batman! Waiting here got the 8-pt some excitement. A doe came running out if the trees 60 yards to the south. Five yards behind it was a high timed, heavy Bomber buck. This time I left my camera alone and grabbed my bow.

The 8-pt rocketed toward them. When the doe saw him coming she veered to her right and raced into the trees along the gulch — the bomber — I said high and heavy but I left out wide– was right behind her. The 8 charged in after them.

Suddenly I see a buck bound high in the air as he ran out of the gulch trees. He stopped abruptly at the edge and stared into the trees.

If the doe had veered the other way they would’ve funneled right by me. They needed to slow down for me to get a shot, but if they woulda, I woulda.

Later a doe walked out of the gulch and checked the area, she kept looking back. Oops, made a miscall, that doe was  a button buck.

I hunted all day. The afternoon was slow. I did see some deer but not what I’m looking for. The sunset lit the sky up with the color Pink. I mean the entire sky. And it gave the ground a pinkish appearance. The perfect end to a great day in the deer woods. 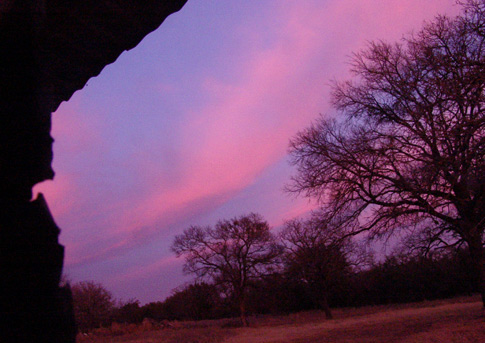 The only way it could have been better was if the doe veered left and slammed on the brakes 12 yards in front of me. With the Bomber right there too.

Man, there is nothing like hunting deer with a bow and arrow!