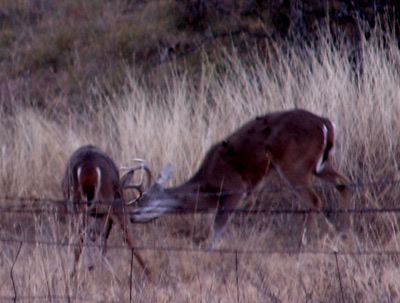 Supposed to get windy later and go to the 20’s. Moon’s making a little light so it must be clear. I’m ready. Next, out the door and it’s another day in the deer woods.

The first hour in the blind, half of which was in the dark, Noithing happened. Then things got kinda nutty. For starters 3 bucks came down the hill to the place where deer have been urinating.

This place is in an open area and in dried grass. The bucks walked around and urinated there. (Note that there are no overhead branches here because therre are no trees.) Then two of the bucks locked horns and tried to twist each others heads off.They stopped twice and facded one another but went back at it. 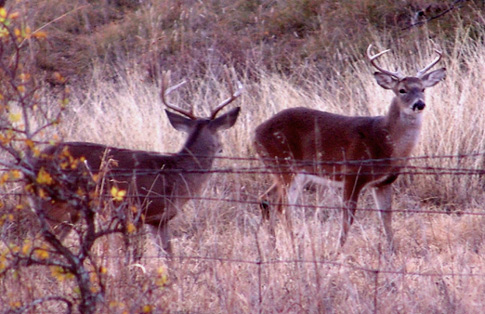 In all it was over 15 minutes. I took a bunch of pictures but because they were moving around my camera auto focus only focused this one. 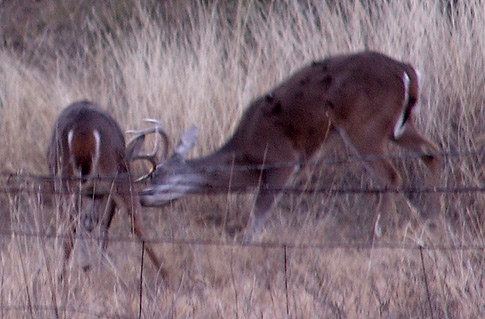 5 does came into the general area and are meandering around. Two are at the bottom of the hill in the previously mentioned open spot, they are perfuming up the place.

A fine 8-point came out of the gulch and walked over to the group of does. They ignored him but kept their eye on him. He turned away and I got a pic of him. 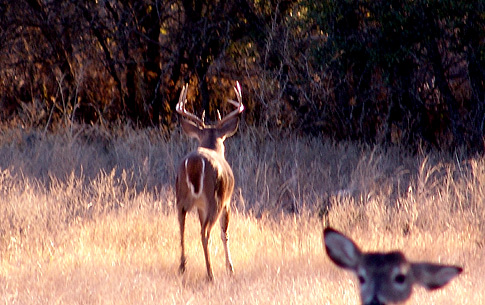 Here he is leaving toward the woods to the north. 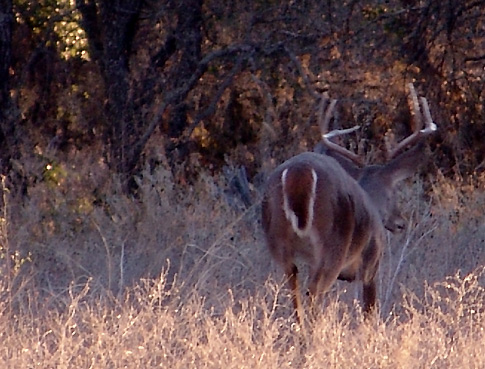 Two more does. Then I saw s buck back on the 120 trail and glassed him. Freak 3. He turned in the right direction, towards me. 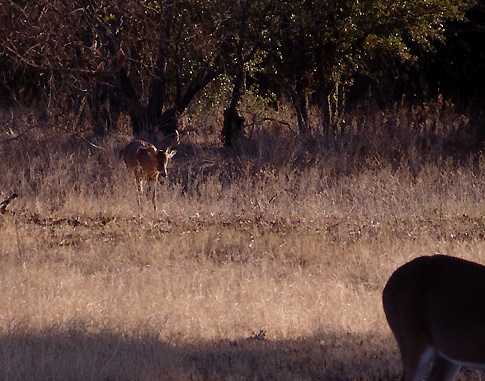 He walked over to each doe. On the way he passed right by me and I got a super closeup of his antler situation. Both his main beams are broken and as well as two other points. 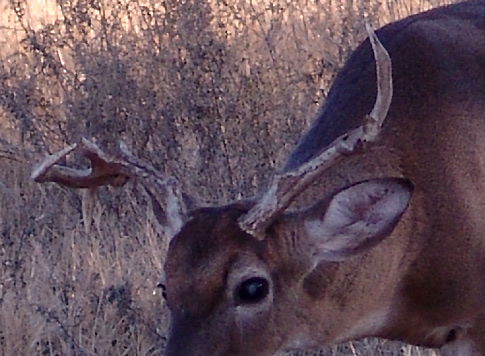 And then Freak 3 went to the edge of the woods by the gulch and went on over the hill. 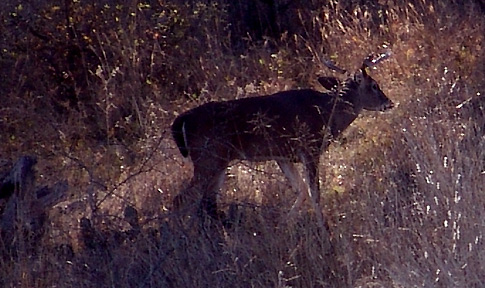 During the afternoon hunt I saw only does. Here are some of them. 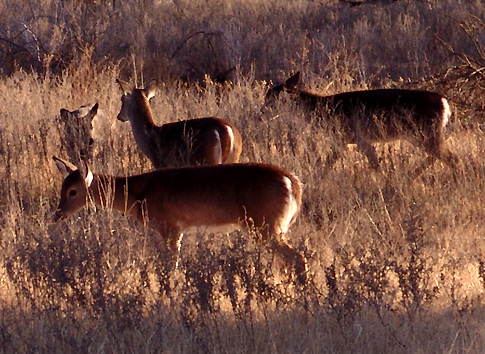 Fat Boy vs The Fighter