by Frank Addington Jr.
in Bowhunting Posts
0 0
A A
2 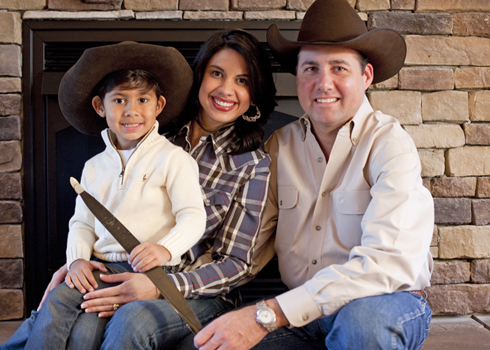 Rhonda Hurst and the folks at the Oklahoma Expo have produced a fine new video show casing the Outdoor Expo program and the Weatherby Foundation program. Here is a LINK to the video: http://www.youtube.com/watch?v=aFGDjKYyTgA I was proud to have been at Oklahoma’s first ever Expo, it’s a great event.
I believe that these Expos are the single greatest recruitment opportunities we have to get families outdoors and into sports like archery and bowhunting.  They are free, hands on and educational. Most of the time you will see a demo of some type, and then a place featured where the audience can try the activity.  If you have an Expo in your state please support it.  If you do not, contact my friend Dave Lockman at the Weatherby Foundation at : wyodave@qwestoffice.net to learn more. Dave can get you info on how you can start one in your state.  I am proud to serve on the Tech Team for the Weatherby Foundation and am a big supporter of these events.  If you are in the industry, please follow Weatherby’s lead and get involved with these programs.  They can help grow the outdoor activities which means a larger potential customer base for your goods, so it is a win-win situation.  Sponsor an event, send pro staff, donate money, whatever you can do would make a difference.   Attend one and you’ll be hooked on these events.
Year in Review
2010 was a pretty busy year.  This marked my 25th year on stage and I had some big events to attend to mark this special occasion.  In the show season I made appearances at some shows including Deer Classics, Sport Shows, a national Convention, and other events.  I also did some special Church program appearances in the Spring, and was honored to have been the first archer invited to the first ever celebrity one shot turkey hunt–which I was allowed to bring two bowhunting guests so I brought my dad and family friend Jim Wynne. Special thanks to Dave Lockman!
In June I performed for Ann Clark’s 85th birthday party, which featured a who’s who of archery greats including Darrell Pace, an Olympic champion.  I made my first ever appearance on the Rick and Bubba National radio Show in July while performing at the World Deer Expo in Birmingham, and in August performed for 15,000 people in one audience at the hugely successful Deerassic event in Ohio.  They broadcast the show on Jumbotron screens and that was the largest LIVE audience of my 25 year career.   I made some other appearances throughout the year and in the Fall performed for the Earl Campbell Gala in Austin, Texas.  Earl Campbell is a good man and NFL Hall of Famer who introduced me to Coach Mack Brown and the UT Longhorn’s football team.  A week later I performed for Coach Brown and the team, and you can see that video here:
http://www.texassports.com/allaccess/?media=199024
I also attended an Expo at Ponca State Park in Nebraska which was a great event where I met some fine folks and that Saturday night the Dick and Carol Mauch and I drove over to Yankton, SD so that I could do a show for the Ted Nugent Camp for Kids at the NFAA headquarters.  When the Expo in Ponca ended I headed to Bassett, NE with my friends the Mauch’s for some hunting at their beloved cabin at the Plum Creek ranch.  This cabin has hosted a who’s who of bowhunting legends, including Archery Hall of Fame members such as Earl and Ann Hoyt, Glenn St. Charles, and the late, great Fred Bear. Ted Nugent has also been a guest there. This is a great spot and I did some Fall turkey hunting with my bow. Fred Bear shot an arrow into an exterior log of the cabin in 1982 and I was the second archer asked to shoot the cabin, and so I sunk an arrow into an interior log of the historic cabin.   Read more about this adventure and see photos here:
https://bowhunting.net/2010/11/dick-mauch-fred-bear-frank-addington-jr-plum-creek-memories/
I did some other appearances through the fall and met Sarah Palin and her husband Todd while visiting Ted Nugent at an event here in West Virginia.   I also was able to get into some local schools and do archery shows in our community.  This is how it all started for me 25 years ago and I was thrilled to get back to some local schools and watch the expressions on the kid’s faces when I performed.  It’s a way to give back, promote a drug free lifestyle, the sport of archery the great outdoors.  Not bad for my 25th year.  As 2010 winds down, the 2011 “HAVE BOW WILL TRAVEL” tour will begin.  I recently added some additional shows to an already busy schedule.  So I hope to be coming to a town near you in 2011.  Come on out & see the show, seeing is believing!

Special thanks to outdoor writer John McCoy for writing an article on this 25 year milestone.  Thanks to ALL the media that cover my show, the promoters that hire me, and of course the folks that come out to see the show.  THANK YOU, I look forward to 25 more years!

As you can tell it’s been a busy, busy year with some cool events to mark 25 years on stage.  Now with the Christmas/New Year holiday here it’s time to spend some family time at home, off the road.  West Virginia is blanketed with more snow than expected on Christmas eve.   My wife Amanda and son Gus and I would like to wish you and yours a very Merry Christmas and warmest wishes for 2011.  May God Bless you in the coming year.

That’s the latest.  Visit www.frankaddingtonjr.com for more on my shows and booking info.