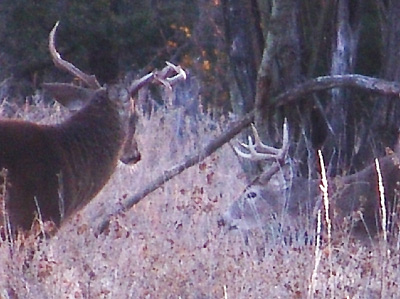 Could really use one more hour of sleep. Think I’ll just get back in bed… NOT. Slamming down the coffee, tastes good. Be out the door in 15. Good luck to everybody else out there in the deer woods.

3 does while it was dark, they left just after I could see what they were. More does showed up and I’m thinking it’s a doe day. Boy was I wrong.

A nice 8-point came over the hill and harassed the does. 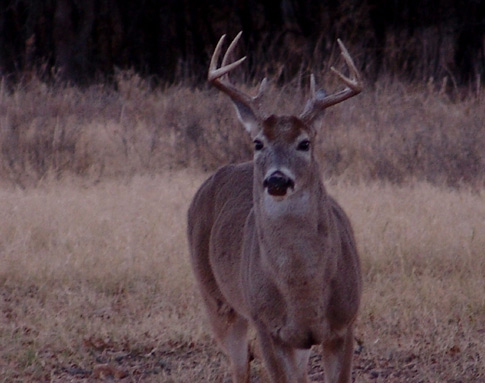 I saw a doe near the gulch where I’ve seen scrape activity. She worked the limbs and stuff.

Meanwhile the 8-point was done with messing with the does and walked away. I couldn’t believe that when the 8-point left he didn’t pick up on that hot doe … but he didn’t. 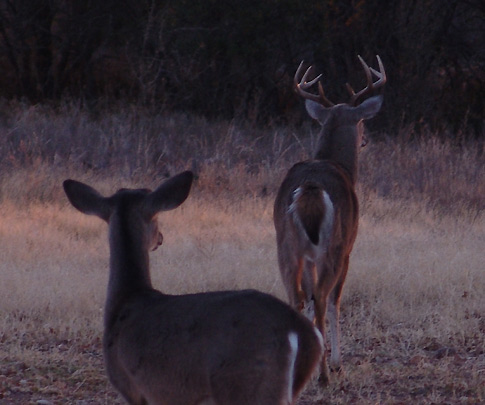 Another doe appeared on the edge of the gulch, walking north. The buck did see it and started on over. He walked 30 yards from the hot doe but still didn’t notice it. When the other doe wasn’t interested he headed north.

Now, he might have messed up but I was betting the buck coming down the hill, with his nose to the ground, was all about finding that hot doe.

The hot doe ducked down in the weeds and went north. The new buck followed her by the “nose to the ground” method. A 3rd buck was approaching along the fence by the perfume area. He stopped at 20 yards and then looked toward the hill. Freak 3 was coming. 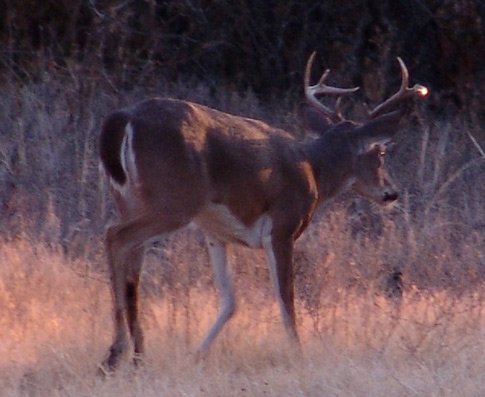 Freak 3 didn’t scent trail. He came to the middle of the area. The other buck went to him. 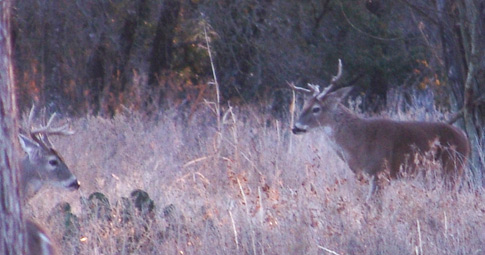 The two bucks closed on each other and stiff legged in a circle, almost eye to eye. Freak 3 made a lunge at the other buck and it backed away and cowed to his adversary. 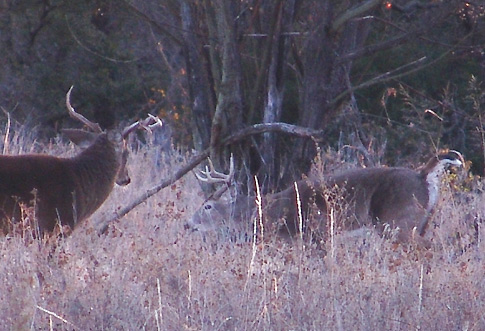 And Freak 3 turned away and left the other buck standing. 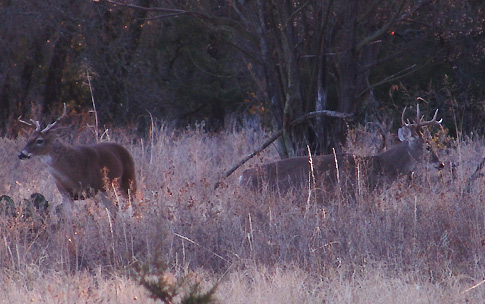 Then both bucks zig zagged around and found the trail of the hot doe. The younger buck bounced on ahead and Freak 3 strolled along afterward.

Enter buck 4, and 5, and 6. I guess the word was out. Half an hour later some does were scattered in the woods. A spike that turned out to be a 6-point ran some does over by me. 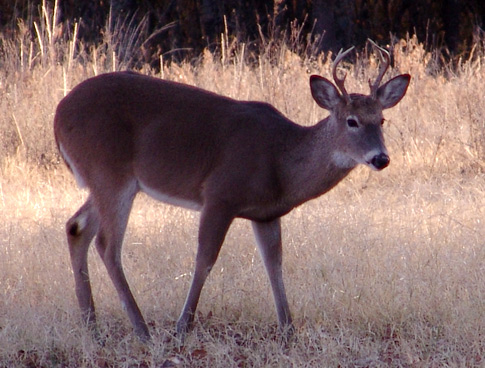 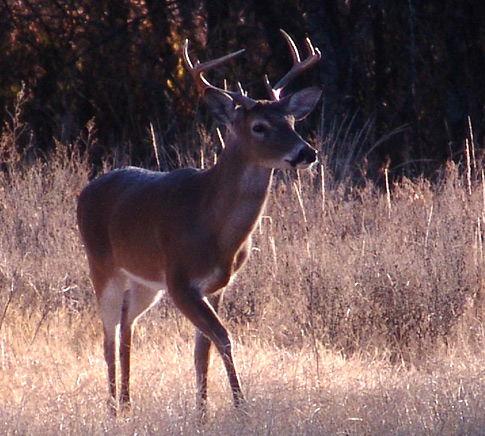 This buck walked by me and went to the perfume area and added his own. Something cool about him was he must have been running because I could see his breath pumping out of his mouth. Got s picture of it too. 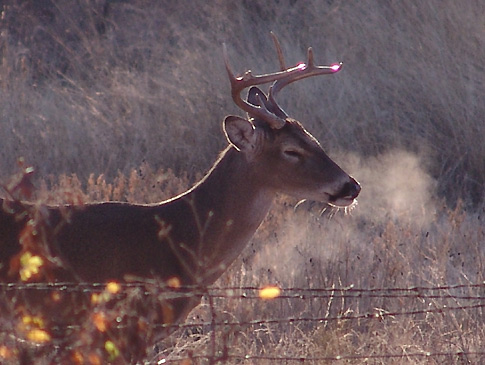 I saw a buck walking in the trees to the north. He came over to a place where bucks check out the area. He laid down and I put the Nikons on him. A very nice 8-point.

After a while he stood up and walked back to the north.

I gave it ten more minutes and went home. At noon I hadto meet my friend Jim Mitchell at Storms in Hamilton for lunch.