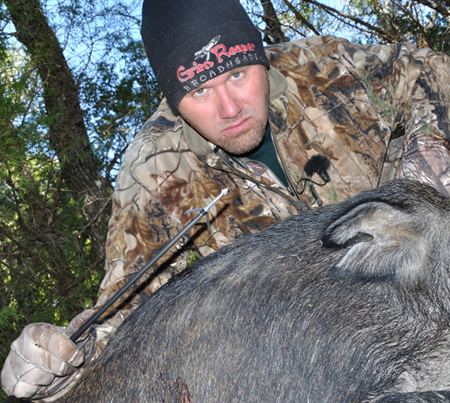 Quacamolé Multimedia producer of the hit show Pig Man proudly announced a 1-year partnership with Grim Reaper Broadheads, inventors of Razortip technology and manufacturers of the most devastating broadheads on the market.

“For the Series we spent the latter part of 2010 researching and field testing multiple broadheads in live situations prior to endorsing the Grim Reaper product line.”

“Whitetails are one thing. There are several good broadheads out there on the market that can tear through a Whitetail, but when you’re shooting through 3 inches of shield on each side of a 400 lb. hog, you can run a validity test on a brand of broadheads pretty quick.” Said Quaca,

Having switched to Grim Reaper Broadheads back in late August, Pig Man put the Razorcut SS, Hades, and Razortip models in play on the road in New Jersey, Illinois, and Colorado on Whitetail prior to shooting multiple hogs in his home state of Texas. “I had to push these things to the limit before I put my name and reputation behind them. I can say without a doubt that these are the best broadheads I’ve ever shot and one of the best archery gear decisions I’ve made in several years of hunting hogs. They’re just flat out nasty man.”

Bringing its Razortip technology to the market in 2000, President and CEO Jay Liechty knows with 100% confidence that his product can back up the hype with results and is looking forward to Pig Man launching GRB’s into animals all throughout 2011. “Grim Reaper Broadheads is excited to have the Pig Man on board hunting with the Grim Reapers and leading the charge on both TV and in the field. Top quality broadheads coupled with a top quality personality will produce unsurpassed outdoor entertainment as there will be plenty of opportunities to ‘Watch’em Drop’ on Pig Man: The Series.” said Liechty.

Quaca added, “These guys are the real deal. There isn’t any fancy talk to take advantage of people who don’t understand arrow dynamics or physics. They just kill animals period and they are the most durable and accurate combination of heads I’ve ever shot. The fans of my show know that I love to go on multiple species kill fests and this Grim Reaper / Pig Man combination is about to get tragic…you can bet on it.”

For more go to:  Grim Reaper

For more information on Leupold’s Pig Man: The Series, please visit www.pigmantv.com. Don’t forget to catch the Season 2 debut beginning December 27, 2010 only on the Sportsman Channel. 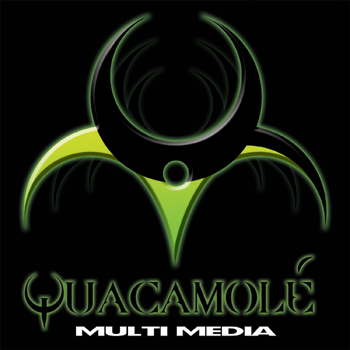