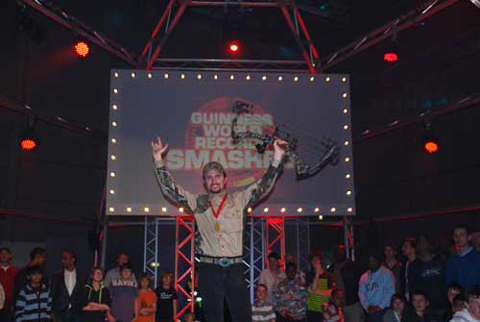 Randy Setting and then breaking his own Guinness Book of World Record in London.

You have watched him grow up, win awards and break the Guinness Book of World Records. Watched him wow crowds in the US, London, Rome and Bejing – Now you can watch Randy on the Outdoor Channel – Shooting USA’s Impossible Shots>

Shooting USA’s Impossible Shots – Six for One
Compound bow master Randy Oitker is the newest member of the Impossible Shots team of pro shooters. We’ll meet Randy on his farm in the Midwest and he’ll attempt a shot that’s earned him a place in the famed Guinness Book of World Records: six balloons, six arrows, one shot. Then Bob Munden gets wife Becky involved for an Impossible Shot he’s never tried before: splitting a playing card from 25 yards.

Shooting USA’s Impossible Shots – Shoulder, Hip and Head
Xtreme shotgunner Patrick Flanigan experiments with different mounts as he takes on hand-thrown clay targets, from the shoulder, from the hip, and upside-down over his head! Then, it’s Mr. Flintlock trying some upside-down shooting of his own, as he takes on one of Annie Oakley’s legendary shots with a flintlock pistol. Randy Oitker shows us why he’s one of the best compound bow shooters alive, as he tries hitting a balloon from the unheard of distance of 200 yards! 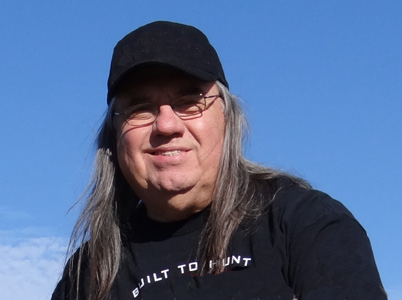 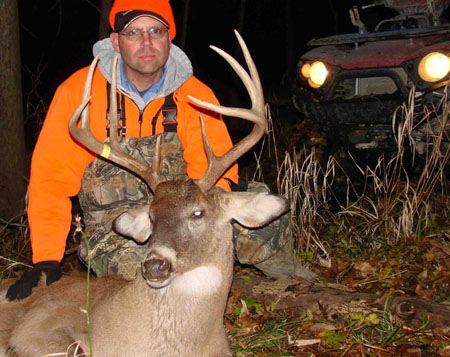