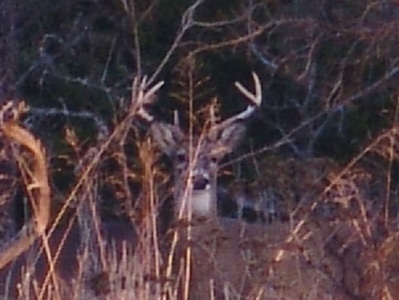 Oh my! At last, I see the buck I’ve been hunting since opening weekend. He, along with a big 8-point and 2 other nice bucks are walking through the trees in the 120.

Yikes, I was at the ground blind … but not in it yet. As I ducked inside one of the bucks, from over 120 yards away, noticed the movement and looked my way. But I was hidden now and the only option was to stay still and keep distance between me and the blind’s window so they wouldn’t see me. The 4 bucks turned right at the edge of the gulch and ambled along, getting closer to my area.

The Big Boy was great looking, long and fat with long tines and a bunch of them too. The bucks stopped several times and looked in the blind’s direction. I wanted to take his picture. I wanted to look at him with my binoculars. But I couldn’t risk it, they were obviously concerned about the movement that one of them had noticed when I got in the blind.

In times like this I figure that if they didn’t leave they did not have an ID on me. So just hold still and things just might work out.

Oh oh, the group walked into the woods along the gulch. In a few minutes one of the bucks walked out to the edge. 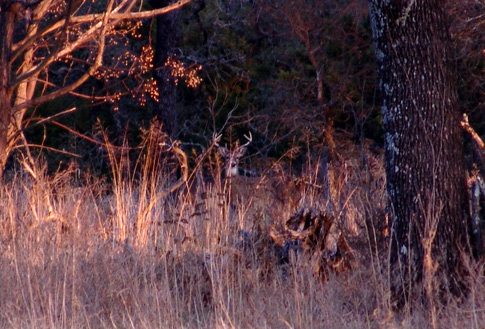 The buck took a few steps closer and I took another picture and noticed that another buck had moved out of the gulch. A nice 8-point. 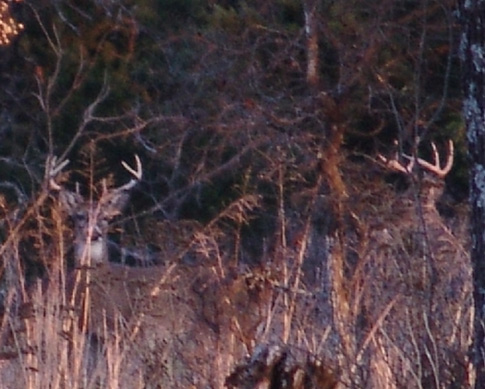 The first buck turned and walked along the edge in the direction they came from. The other 8-point followed along and let me zoom in for a picture. I saw two deer shapes back in the trees, two more bucks. 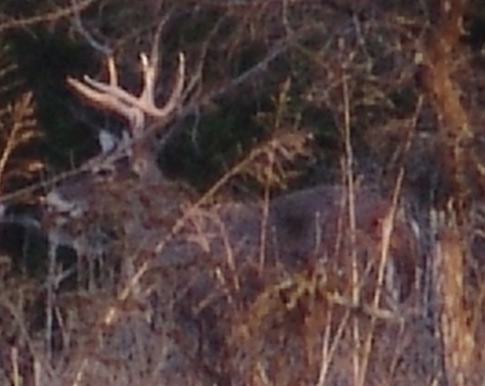 The smallest of the bucks advanced to the edge and stopped where the other bucks did. 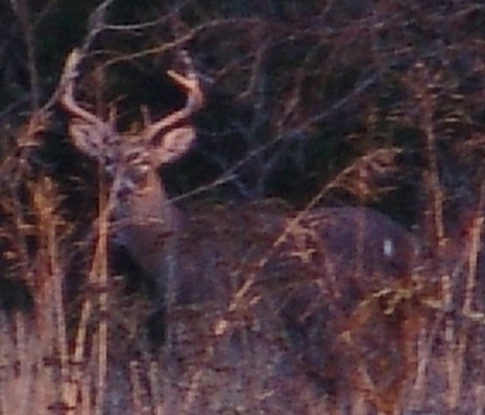 The 3 bucks stepped back into the trees and I saw Big Boy walking toward the hill. Afterward, several does came to the food plot and scattered around the area as daylight faded into dark. I gotta say that I do wish I had taken a picture of Big Boy earlier because I didn’t get another opportunity.

No problem figuring out where to hunt tomorrow.