Still Crazy In The Deer Woods 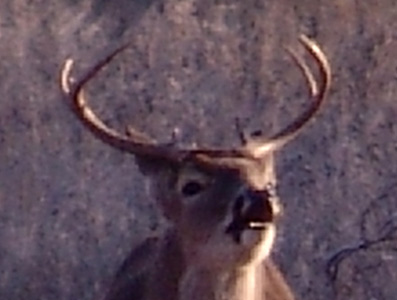 Before daylight a young doe came up and browsed around very close to me. Several minutes later a deer shadow that was very long and walked like a buck eased into the high weeds around the food plot and stood there. Light wasn’t enough to see if it had antlers, even with my Nikons.

As light improved I saw shadowy antlers and glassed them. A 7-point. A mature buck with a wide rack with short tines. He came over by the doe — meaning 10 yards from me.

Last Friday my wildlife biologist friend suggested I shoot a mature buck that was less than 10 points. There wasn’t quite enough light for my camera to take a pic. But if there had been Misty would be on the phone straightening me out today.

It’s very cold this morning, in the mid teens and a heavy frost turned the high weeds and ground white. Two bucks walked into view on my left, 40 yards away, and a 3rd buck came out of the trees and one of the bucks locked horns with him. They shoved each other back and forth, their antlers clicking loudly for over 10 minutes. I took several pics, but available light was low too get a clear pic. But one of the last pics was good. That’s frost on the weeds and ground, not snow. The buck on the left is losing ground at this point and about to run for it. 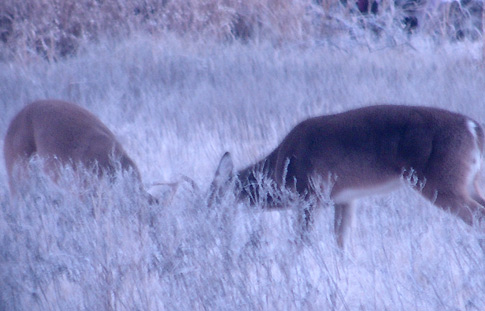 I could see a few does back in the woods. A spike buck cane over near the buck and doe by me. Still there, the 7 ignored him. My guess is he was laughing. 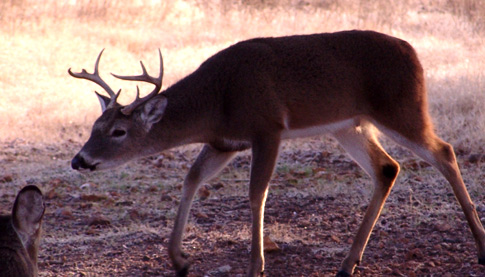 When the 7 and his doe partner walked away some does moved out for the plot. Nine more deer showed up. The spike buck was relentlessly bothering all the does. And one doe keeps clobbering a button buck in the face and head with its front fo. Its like deer chaos out there. 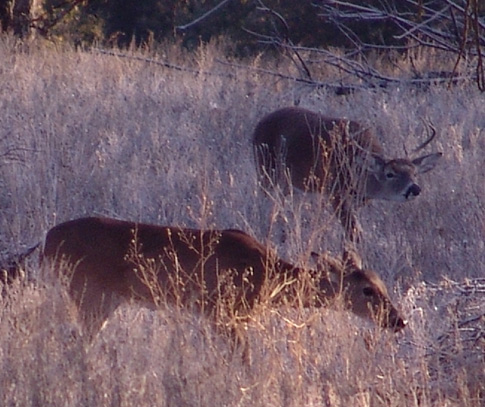 A doe came up on my left and moved through the frost covered high weeds. A buck came around some downed trees and put a stealthy stalk on the doe. But, last minute, the doe saw him and jumped and fled. 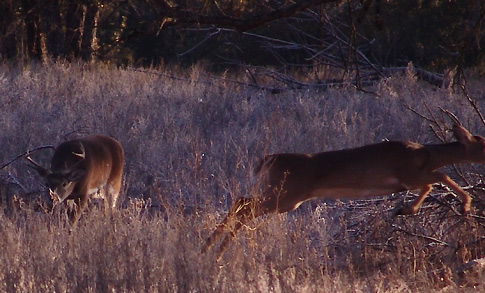 The food plot was already clearing out and the buck stopped and held his mouth high and hissed at the other deer. 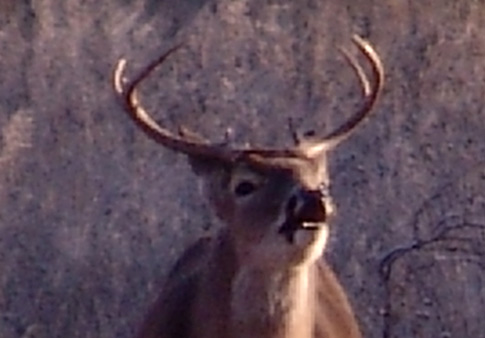 The buck made a brief survey of the scattered does and decided to go after the ones that were by the gulch. 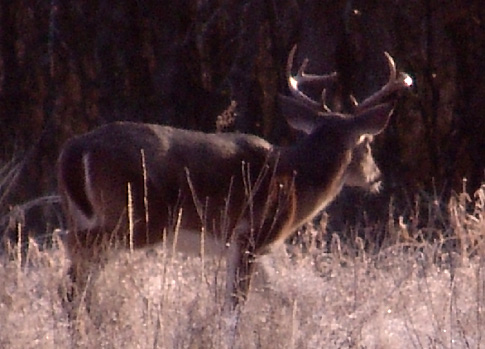 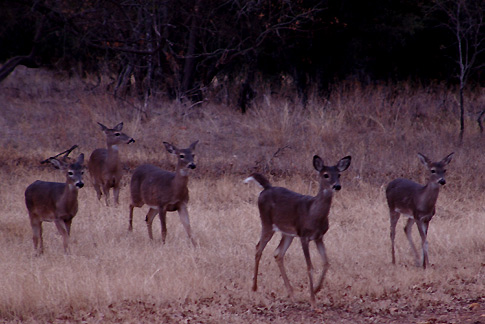 They left and I waited an hour without seeing any more deer.

AFTERNOON – back at the Double Bull in the Sky. Acording to the SkyPoint camera some wild turkey gobblers have been passing through in 15 to 20 minutes. Plus there was a chance the Weird Buck could show up. Instead, this buck showed up and let me take its picture standing by the fence. 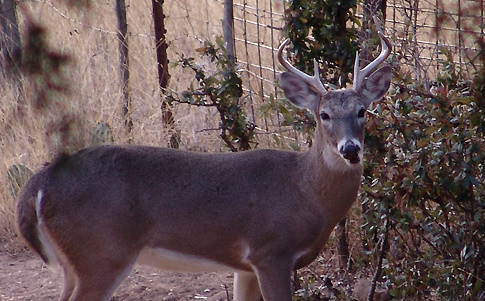 I heard wild turkey yelps but didn’t see any.  I got the disk in the SpyPoint game camera and put in a blank one. That was it for today’s hunt.