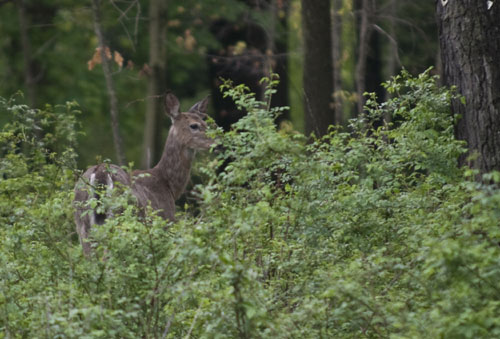 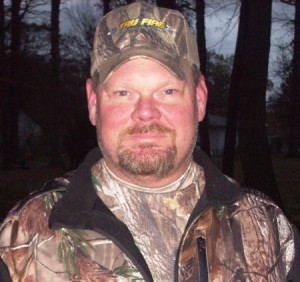 This is my story of how after 48 years I took the leap to get into bowhunting. I will attempt to relay my first year of learning the sport and preparing for that first hunt. I hope you will enjoy my journey and if you too started into bowhunting later in life you’ll understand how I felt. Main thing, it doesn’t matter how old you are when you decide to take the plunge. It is still never too late to pick up a bow and head to the great outdoors.

The following day – same results. If there were turkey they sure weren’t falling over themselves to give me a shot.  We left the blind, went back in for breakfast and then decided to just walk the area. We did this routine for 2 days putting in around 10 miles and never saw anything in the way of turkeys.  The scenery was awesome and the time with my wife’s uncle proved to be invaluable.

It was very strange that weekend.  There was never a turkey to be seen nor much in the way of wildlife either.  My wife’s uncle had even commented it was very strange.  But all in all it was still worth it and I had enjoyed every minute of it.

It was back home until deer season.  Back to reading, watching hunting videos and DVD’s and talking to others about hunting.  I first began by joining a forum I came across Bowhunterplanet and soon began asking and learning so much from those who have been hunting since they were kids. I then began thinking about what I could do to give back to this great community and help others who were getting started with hunting. I wanted to make it a little easier to find information and learn more about this great sport.  I quickly came up with an idea to start a website dedicated to helping others who were just getting started and to share with other newbies on the forum.

Soon I was making calls to companies about testing and evaluating their products and began searching the internet for information I thought would be beneficial to others. Since I have started the website I have made many new friends and have learned so much. Although stretched out across the United States once you get talking to everyone you soon learn it is like one big family.  Everyone knows each other or knows someone who knows someone.  It’s awesome!

Fall was just around the corner and the itch to get back out into the woods was growing. I started picking up my pace practicing again and learning about broadheads even more so and picking the right arrow and broadhead mix and getting my bow tuned so I could harvest my first deer. I bought my tags and then in no time the season was here. I was on my way to my wife’s Uncle Jim’s again and this time there was a food plot and trail cam pics. The excitement was unexplainable.  I was off hunting.

I went to bed that night like a child the night before Christmas.  I had seen deer and had even taken pictures of them in the woods. What made this so different was all the talk about your heart pounding out of your chest and holding your bow steady.  Come on it can’t be all that tough.

Well Uncle Jim yelled that it was time to get up and really he didn’t need to, I was awake.  I jumped up, dressed and soon was out in my blind again all set for the opening day of bow season.

As I sat there I admired the beauty of the sun slowly coming up. Kinda like God turning the dimmer switch up on good ol’ mother earth. I stretched my muscles, pulled my bow back to limber up so I wasn’t starting with cold muscle should that big buck walk up.  I nocked an arrow, pointed it out the blind toward the ground and was thinking I will just draw back and then let down. Well I drew back and accidently shot the arrow into the ground. What a goof!  I chuckled to myself thinking what a way to start off opening morning. Later that day a doe was kind enough to show me where my arrow was lying.

A short time after I calmed down I saw a rather decent size object jump the fence in the back of the property.  I felt my heart beating and began watching as the dark shadowy object lumber slowly up the trail toward me.  Could this be? I thought to myself.  As I watched, the object appeared to have a rather nice set of antlers.  Fantastic! My first time out, opening day and I am faced with what appeared to be a nice six point. Wow! My heart was doing the cha-cha in my chest.

Raise the bow ding dong but, I couldn’t. He was watching me while he came up and began eating acorns eight yards away. I sat there motionless unable to move. I was thinking ‘do I try and raise my bow and take the chance of scaring him off or be patient and hope he gives me an opportunity?’

Then again maybe he’ll be back later that day or sometime during the weekend. So, I just sat and watched him eat and admired his size thinking how great it was to be so close and to be able to watch one of God’s most treasured animals.  He never gave me the opportunity to harvest him but he did give me the opportunity to watch and think about what I could have done differently.

Like the fact I should have already been drawn back before he got there.  But, oh well he’ll be back maybe.  I haven’t seen him since except in trail-cam pics.

Shortly after he left from my right came prancing in two yearlings and what a joy they were to watch.  Soon their mom came slowly walking up watching down the trail where the big male had just left.  Being cautious she came over to the food plot and ate with her yearlings.  This was awesome to watch and I was able to enjoy this for quite sometime.  After they left I didn’t see another deer until the next day.  I will talk about that in my next write up.