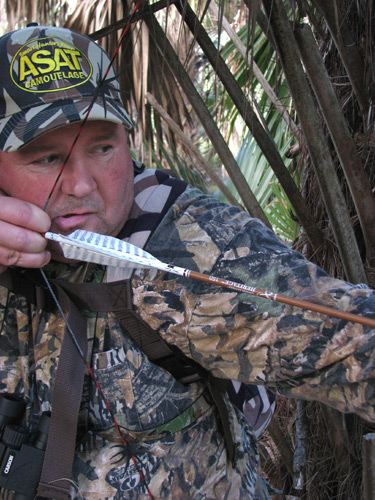 The cold pre-dawn air smelled as if it was saturated by the rich earthy odor that is distinct to Autumn, and all it’s wonders. I was unsuccessfully attempting to ‘quietly’ navigate my way to a morning stand along the edge of a standing cornfield. The morning frost had left the freshly fallen leaves as if they were a strategically placed sounding alarm to any whitetails within miles of my predetermined route. My destination was an ancient oak tree located about 100 yards into the woods, where the national forest bumped up to the privately owned cornfield.

After reaching the old oak and climbing up onto one of its giant lower limbs, I anxiously awaited the morning sun and the light and warmth it promised. As the woods came alive with early bird residents, I became aware of every chipmunk, fox squirrel, and field mouse that scurried around looking for an easy breakfast. I quickly realized the frozen leaves were now, an alert system, that was sure to warn me of any deer that might come near.  Deer, any Deer, was my prey for this fall day.

Just about the time my neck was aching from constant turning, to assure that every little rustling of leaves was indeed small creatures and not a cautiously approaching whitetail, I heard a different rhythm of sound; Chuu-chuu-chuu…. Chuu-chuu-chuu…  With hair rising on the back of my neck and a sudden increase in my heartbeat, I KNEW what was coming. I slowly turned in the direction of the cornfield, while bringing my bow to a semi shooting position.

Coming in single file, along the trail I was hunting over, were 4 deer intent on a morning snack of succulent white acorns. The lead doe, unaware, of my presence, was approaching my tree, and if, she remained on course would pass at less than 10 yards. I forced my mind to focus on Fred Bear’s teachings of “Pick a Spot” and choose to put all attention on a small tuff of hair behind her front shoulder.

I wish I could remember more about what happened next, but excitement and autopilot sort of took over. What I do remember, is the sight of my red turkey feathers disappearing inches from the tuff of hair I was so concentrated on. The doe took a big leap forward and sprinted deeper into the woods ahead. I followed the bounding white flag for as long as possible and realized the woods had suddenly turned silent. As if on cue my whole body started shaking from the excitement and a sudden realization of how cold I now was.

Not trusting myself in the tree any longer I descended as safely as possible and sat on a nearby stump to give the deer some time before tracking. After 20 minutes that seemed like hours I went in the direction I had watched the doe flee, and started looking for blood. A few steps further on, I found my cedar shaft with the Bear razorhead lying on the leaves, and upon inspection, saw the complete arrow covered in crimson. Each step forward was rewarded with more and more blood covering the path of retreat the doe had traveled. Looking ahead I could see my first deer, and better yet, first bow harvest, laying with head down, testament to a quick and humane death.

That morning was over 42 years ago, yet I can remember as if it were yesterday. I was a young man, bowhunting with a new Bear Grizzly recurve that I had received for my 16th birthday. My big limbed oak was the only treestand I knew, back in the day, Certainly not the safest way of hunting, by today’s awareness of treestand accidents, and injuries, but one that worked for a foolish and excited young bowhunter looking for his first deer encounter.

Now 4 decades later and as a man approaching 60, I often think back to those early days of bowhunting adventures, and can’t help but acknowledge that they represent some of the most memorable of my bowhunting experiences.

This may have been the  long way around an introduction to a monthly article featuring Traditional Bowhunting, but in a way, this long ago memory, is at the roots of my passion when speaking of my love, respect, and preference for traditional equipment.

My desire is to connect with fellow bowhunters who have never experienced the simplicity or enjoyment of shooting a recurve or longbow. Also to be a kindred spirit to those who, know that enjoyment first hand, and to pass on 40 plus years of experience and adventures to both future and present traditional bowbenders.

In upcoming months, I will be talking equipment, offering instructions, sharing adventures, and hopefully infecting readers with the traditional bug, and the satisfaction and enjoyment of becoming proficient with Stick & String.

I would enjoy feedback, questions or suggestions as the series of articles progress. I can be reached at ryanoutdoors@frontier.com

What Is The NWTF Convention and Show