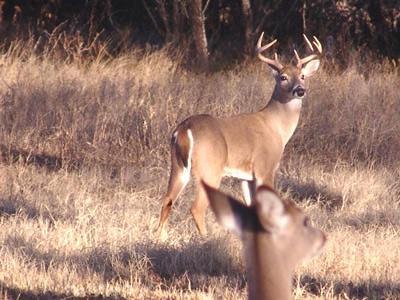 This afternoon is the Last Stand of 2010. A couple of hours passed and does showed up in the trees. 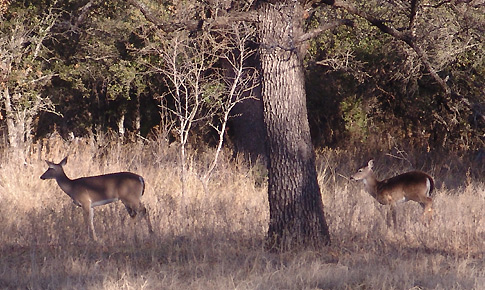 The buck from this morning walked out of the woods to the north and looked the area over. 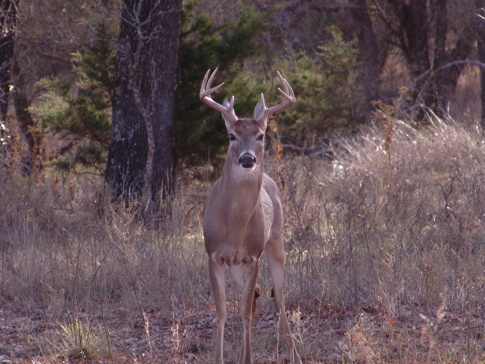 He moved up to the perimeter of the food plot and walked around the north side of it. 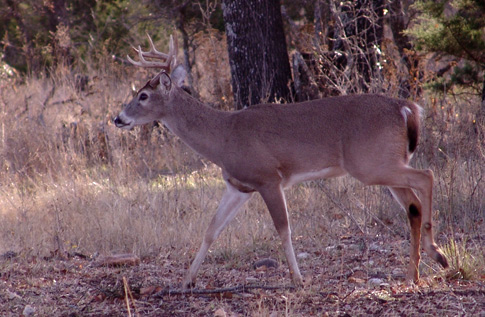 The buck passed me on the left. Soon two does came to the food plot. Surprise! The 8-point popped into view on my left, just a few steps away. 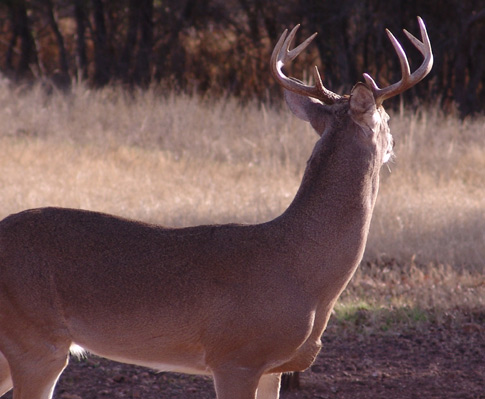 He looked around and I took another close up picture. 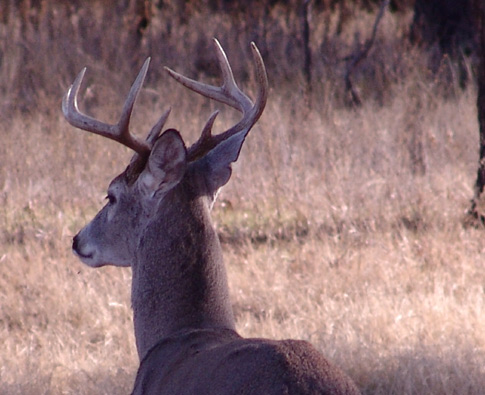 He walked along the dried grass and weeds adjacent to the food p lot and watched the does. 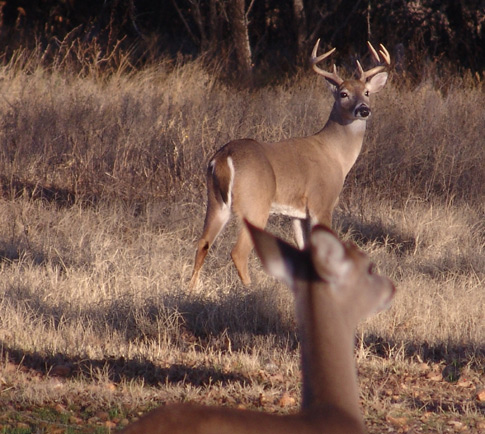 A doe with a yearling doe and button buck came to the plot. He walked over to them and watched. 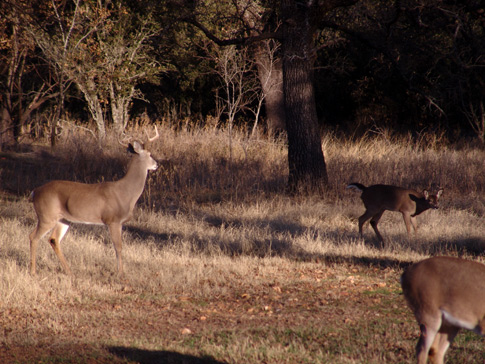 The doe went on to the gulch and the 8-point followed. They disappeared into the trees.

A few minutes later I noticed antlers in the trees to the north. A buck was watching the area. Another deer was standing to the left.  Right now there were no other deer around. 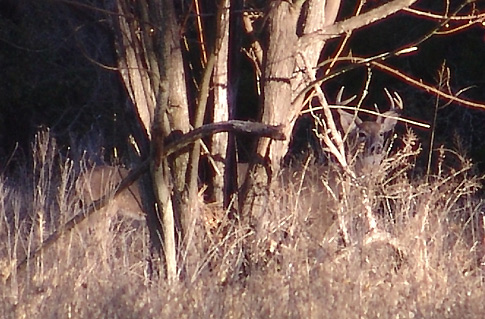 When he stepped clear of the trees I could see him better. A nice 8-point. 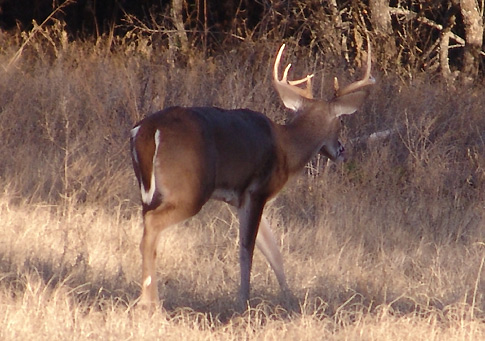 As he walked along his nose dropped to the ground. 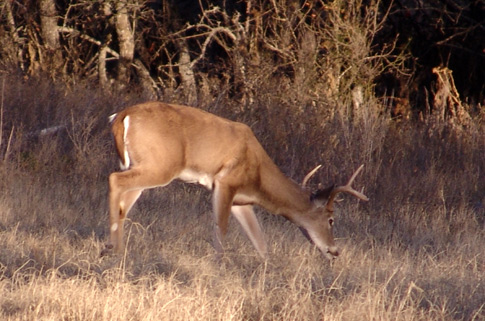 The 8-point followed the scent trail toward the north east edge of the gulch. A doe stared at him as he got closer. 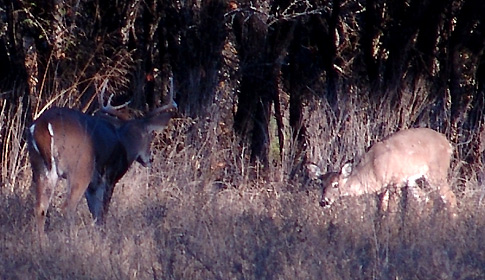 The doe broke and hurried into the gulch. He followed.

The sun got a little lower and 2 does came to the food plot. A buck came too. 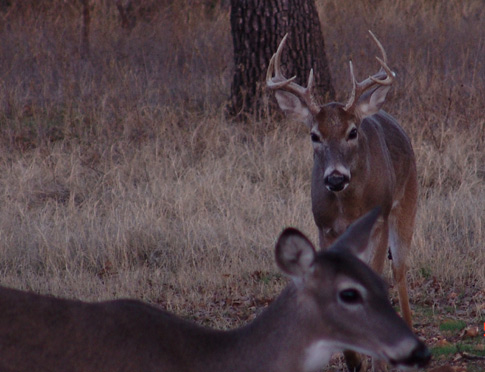 Does kept coming up and he approached every one. One doe stayed with him.

It’s a good thing this buck is staying here. If Big Boy sees him hanging  out here with a doe chances are good he’ll come over.

A new buck came up from behind me. He had two busted tines. 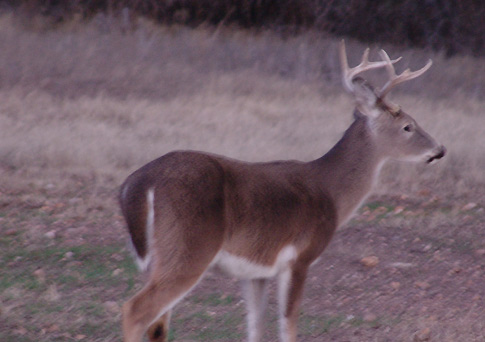 Daylight faded away. Tonight my buddy Robbie Cramer was coming down to hunt.