by Frank Addington Jr.
in Bowhunting Posts
0 0
A A
3 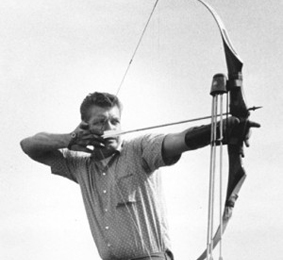 Visit Frank Addington Jr. on the web at FrankAddingtonJr.com.

With the recent passing of Bill Krenz, Ed Bilderback, and Doug Walker it suddenly occurred to me that when you consider Glenn St. Charles passed away last Fall how many bowhunting legends we have lost in a short amount of time.
Each of these men made a big impact on our sport.  It takes years and many accomplishments to be considered a legend, and the shoes these giants left won’t be easy to fill.
Glenn St. Charles founded the Pope and Young Club, wrote books and was considered one of archery’s pioneers by many in the sport.  His name rests beside names such as Ishi, Pope and Young, Hill, and Bear.  He lived a good long life and had a fine family.  When he passed I was with Dick and Carol Mauch and we had a fine campfire in Glenn’s memory.  You can read about it in my Plum Creek Memories column from last fall.  I have fond memories of Glenn and his wife Margerite.  His book “Bows on the Little Delta” is a classic. Glenn St. Charles
Dick Mauch

Ed Bilderback was Fred Bear’s guide on many of his Alaskan adventures.  He owned the Valiant Maid, the boat Fred famously used for his bear hunts where we all watched on video as the bear comes walking up the beach with Fred hiding behind a big rock.
Ed was Fred’s guide, back up and friend.  Bear called Ed one of the greatest natural hunters he’d ever met.  Everyone will remember seeing video footage of Ed shooting discs from mid air with his 30 caliber carbine rifle off the deck of the Valiant Maid.  I never met Ed but heard Fred tell the story of the bear hunt in person once as we sat around a show together.
I first met Bill Krenz when I answered to him at what used to be called Hoyt/Easton.  When Mr. Easton first bought Hoyt Archery from Earl and Ann, the company was called Hoyt/Easton.  Later it would be called Hoyt USA and now simply Hoyt.  Anyway, I joined the shooting staff in the mid 1980’s and one of the first people I answered to was a guy named Bill Krenz.  He was over the national shooting staff.  Bill was tough but fair.  He required quarterly reports and a yearly report, so that the company would have feedback from dealers and archers across the country from the shooters.  It started a habit I have followed every year since,  writing a “Year in Review” paper for the company.  Bill was also a great bowhunter.  He eventually ended up at Bear Archery as President.  Along the way he met Sherry Murphy from Easton and later they were married.  This duo would start ‘Inside Archery’, a industry trade magazine and followed that up later with the consumer publication ‘Bowhunt America’. Sadly Bill passed away early and we lost a good man.
Doug Walker was another pioneer in his own right.  He was a former sales rep for Bear Archery and forged friendships with people like Fred Bear, Howard Hill and other legends of the sport.  When Howard Hill retired from archery he gave Doug his bow, “Lil Sweetheart”.  Doug and Betty Walker published a magazine called ‘Western Bowhunter’ which eventually evolved into ‘National Bowhunter’.   He made a big impact on archery with his magazines and writing.  Doug also founded the National Bowhunter Hall of Fame.  Doug Walker was funny and could tell a great story.  We’ll miss his commentaries and writing.
Fortunately, Rich Walton, Robert Hoague and I started the “Celebrity Interviews” here on www.bowhunting.net several years ago.  We all agreed on the importance of getting these interviews in the celebrities “own words” down in these historic columns.  We succeeded in getting what may be the only in-depth interview with Glenn St. Charles with the Archery Hall of Fame Executive Director Diane Miller’s help and we also were able to get one from Doug Walker and his wife Betty, an archery powerhouse in her own right.  We also were able to interview Ann Hoyt before her passing and the great Tom Jennings also told his story thanks to his old friend Sherwood Schoch who also consented to giving us one.   We have a list of bowhunters and archers and are working our way to get as many interviews done as we can.  I regret that we haven’t been able to get all the legends covered with these interviews, but we are getting as many as we can. On our list of those we are hoping to finish include Don Clark, one of the original founders of Bowhunter Mag. The wonderful Archery Hall of Fame recipient and President of Ten Point Crossbows George Gardner. Also Don Garbow Founder of Buck Stop Lure Company, one of the pioneers in the scent/lure business. And there are more coming.

I appreciate all that these legends have contributed to our sport. Our thoughts and prayers are with their families and close friends. While we’ll miss them and it would be selfish for us to want to keep them. The way I see it Fred Bear’s campfire circle in the Happy Hunting Grounds just got a little larger.
Tags: frank addington
Previous Post