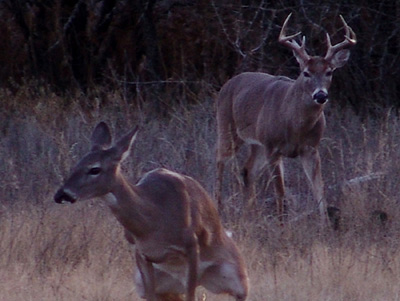 5:57 AM: Friday, day 365 of 2010. The last oatmeal and raisins and breakfast blend coffee of the year. The two last hunts, this morning and afternoon, are still to happen. Time to take it to the deer woods. It was one of those unusual sunrises where there are no yellows and reds, just black sky to gray sky. 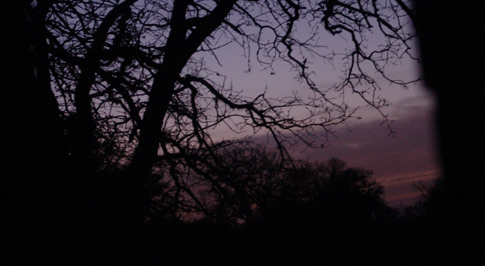 After Daylight. All does until 15 minutes ago. An 8-point with nearly white antlers walked out of the gulch and came my way. 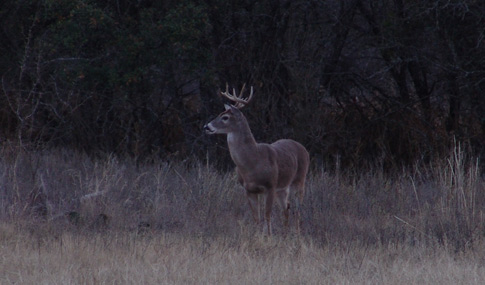 He went straight to a large tree 35 yards away and worked its low limbs with his face and then grabbed the branch in his teeth and yanked it around. 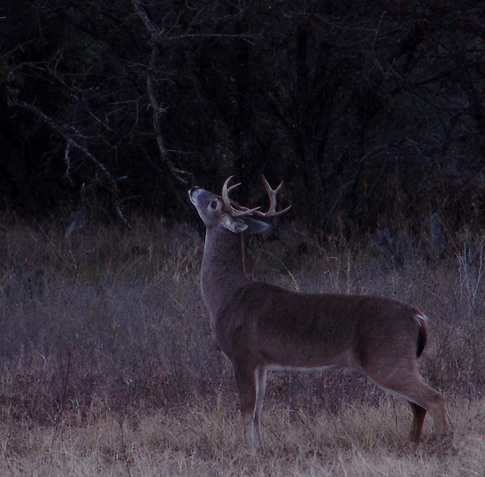 I zoomed in on the buck a little tighter so you could see him better. Then he pawed the ground and flung dirt in the air for at least 10 feet… 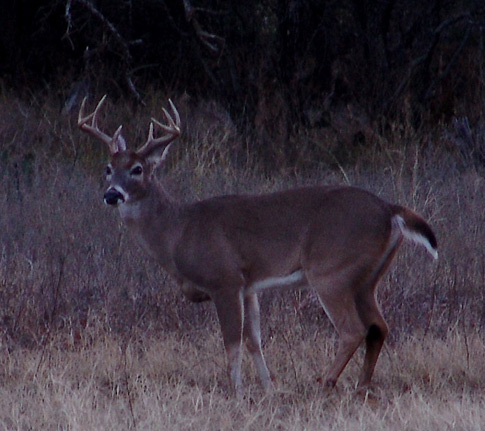 before urinating in his scrape. 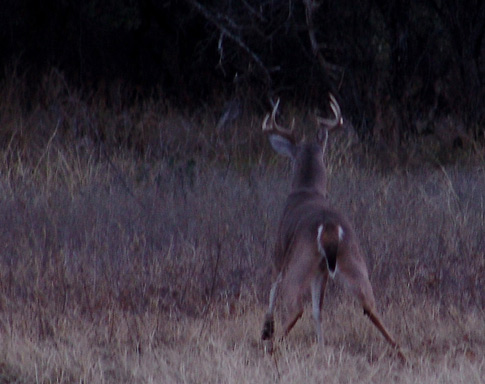 Then he circled the area. 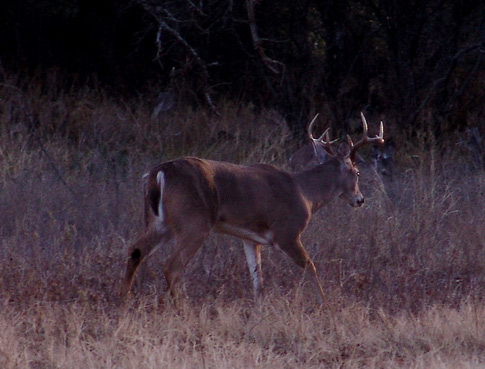 He found an interesting doe and went after it. The doe came up to the perimiter of the food plot and squatted and peed. 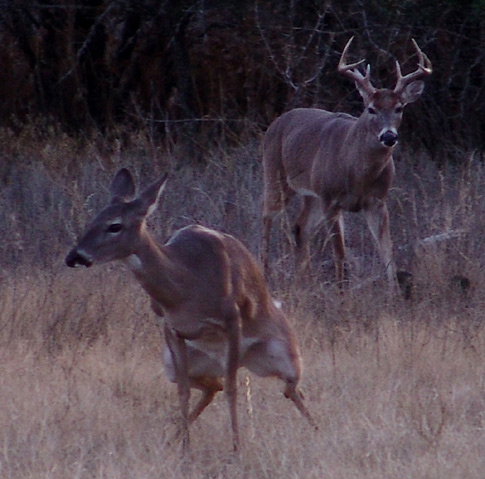 Then the doe led the buck right to me. It’s standing on the edge of the food plot right here. 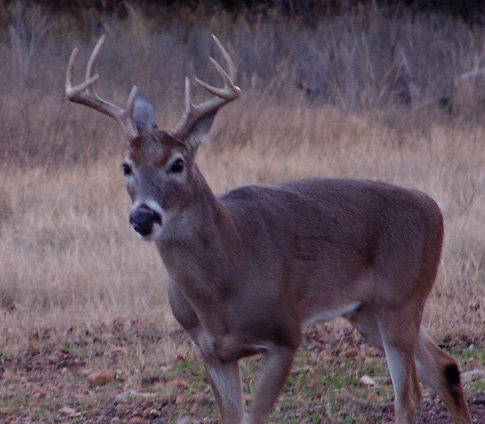 Soon the doe went on and the buck followed. 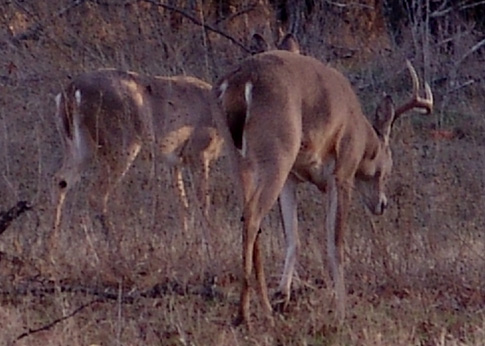 He wasn’t out of sight yet when I saw another buck coming. 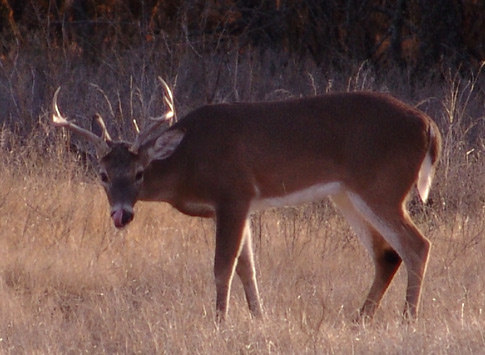 This buck was an 8-point too and had a broken G3 on the right side. 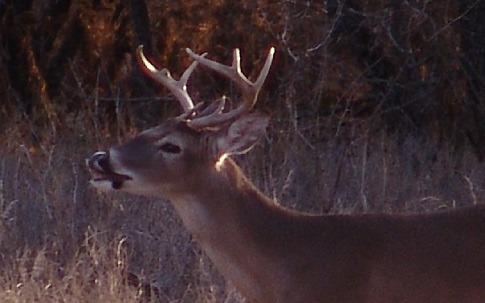 This buck went straight to the same tree and bit, rubbed and chewed on the low limbs. 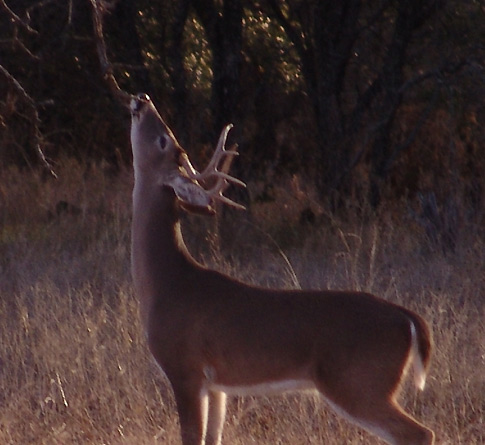 Once done fixing up the scrape the broken tine 8-point boogied on. He stopped by a crooked tree and worked another scrape and urinated there. 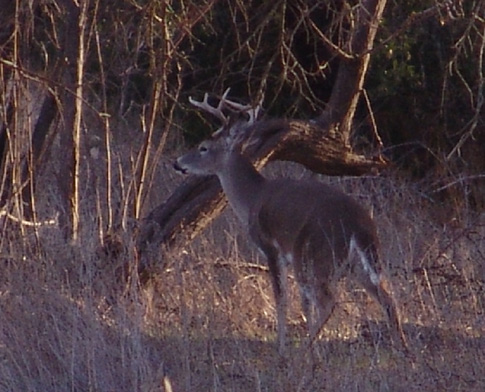 Then he walked further into the woods to the north toward the area I call the 120. 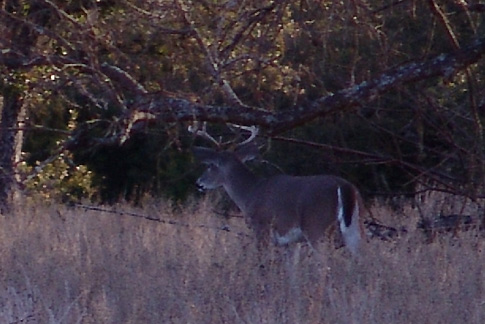 Later three different groups of does came to the food plot. When the area cleared out I returned home for lunch.