by Michael Batease
in Bowhunting Posts
0 0
A A
1 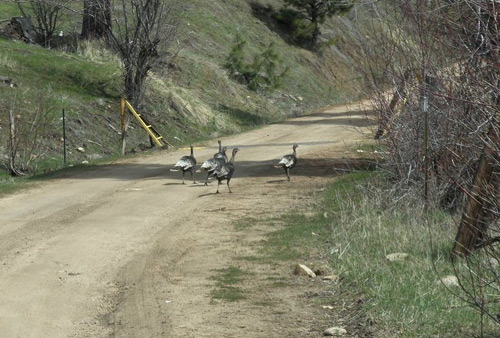 Let’s face it; the youth of today ARE the hunters and sportsman of tomorrow. I have the distinct pleasure of taking several youth hunters out on their first hunt each year. What a great time it is to see the expressions of these boys and girls out in the field soaking in all the sights, sounds and smells. Not every hunt is successful with a harvest, but every single one of them is successful in the memories created.

During the spring of 2010 I was blown away by one young hunter. This young man had drawn a youth turkey tag along the river near Boise and had set his mind to harvesting his first turkey with a bow. We have enjoyed great success over the years down there with other youth hunters as strutting toms are plentiful and the action can be quick and exciting. As the season came closer and closer I found him down at the local archery shop practicing in preparation of filling his tag. His excitement for this turkey hunt could easily be seen by anyone that was within 100 yards of him. 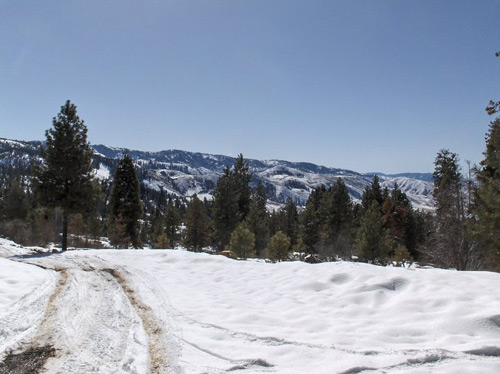 Opening morning found us sitting in the blind on a travel corridor with toms sounding off from their roosts up and down the river. As we looked up and saw the first glow of morning light coming through the trees we all knew it was going to be a great day. As I let loose with a few yelps on my diaphragm reed we could hear 6 toms thunder back. I was thinking this was going to be a quick easy hunt and I may even have time to get up to the mountains to try and fill my own tag.

Shortly after fly down we heard several gobblers heading our way. The smile on his face was priceless as the first long beard showed up in the trees. This was a good tom and would make a great trophy for anyone. I yelped, cut, putted and purred in hopes of enticing this guy to come within range. The tom had other things on his mind and skirted right around us in the trees. As I continued to call I could hear more turkeys approaching. Next thing I know we had 6 jakes ranging between 4 yards and 15 yards in front of the blind. He had his bow in hand, arrow nocked and a look in his eye that it was about to be game time.

He kept asking his dad in a very soft voice if he should take one of these jakes. After asking for the 10th time his dad told him that it was his tag and his decision. He decided to pass as this was only the first morning. The way that he handled that decision really impressed me. He knew what he wanted and was going to stick to his guns. Or maybe I should say he was going to stick to his bow.

Trip number two found us sitting in the blind once again on the edge of newly sprouted field I had seen numerous toms in the night before. The weather was not cooperating with us at all on that day as the wind decided to blow like it was angry at someone. The group of turkeys did come out in the field but over on the far side where I had thought about putting the blind under a big tree that would have provided natural concealment for it.

Figures. Should always go with your first gut feeling on blind location. We continued to sit in the blind and call to see if we could get anything off the tree line and out in the open near us. No such luck. The wind was blowing too hard and they were not about to leave the safety of the trees and go out into the wind to be blown across the field. We sat tight and let them go back into the trees before we decided to get out and move the blind for the evening hunt.

We met back out at the edge of the field and headed out for the blind. As I put the Montana Decoys out I knew that this was going to be the evening that it was all going to come together. After sitting there for about an hour we saw the first hens come out into the field about 100 yards away to our left. They stepped out into the field and started to feed. The hens and I had a great conversation as we yelped, putted and purred back and forth. He was wide eyed and smiling at the show being performed before him.

All of us were so focused on the hens and looking for the toms to follow when a gobble to our right shook us back to reality. I peeked thru the flap on the Double Bull blind and saw that it was one of the old toms I have been watching for the past three weeks. He was at full strut and locked on to the decoys. As the tom got closer we could hear him spitting and drumming like he meant business. This tom would tease us for the next hour by staying just outside of the shooting window at only 15 yards.

I looked thru the flap again and could see him in full strut just outside the side window. I told this young man to draw his bow, I would drop the flap and he could get a shot. He agreed and drew his bow. I dropped the flap and settled back in behind him waiting to have a front row seat for this. He never shot. As the tom strutted out of sight he let down his bow and said he was concerned about the branch that was hanging down at about the half way point. I told him that if he didn’t feel comfortable with the shot he made the right decision in not taking it.

We only had a couple days of the season left and I had offered to let him shoot my 16 gauge shotgun to fill his tag. He thanked me for the offer but he had his heart set on taking a tom with his bow. I was impressed.

We set up on a fence line under a group of trees that we have always seen turkeys out feeding near. We hadn’t been there long before we could hear turkeys start flying over the slew to come out into the pasture. Our plan was to use the fence line and the trees to put a stalk on them once they had settled down and started feeding.

I knew this was a lot to ask from him but he had shown some much to me all during the season that I knew he could do it. As the group fed around a slash pile of tree limbs in the middle of the small pasture I knew it was time to start our stalk. We crawled along the fence line stopping every 20 yards or so to make sure that our presence was still unknown. All was going well. We made it over to the next fence line and got set up. I could see two of the toms getting close to coming out from behind the limbs I told him to come to full draw.

The evening sunlight glistening off the back of that tom was a perfect back drop. Once again I sat there eager to have a front row seat and no shot. He didn’t feel comfortable with the shot at that distance so we sat there watching them feed and hoping they would come a little closer. They never did.

The season came to a close and he never did get his tom. I was really impressed with everything this young man had done during the season. He had it set in his mind what he wanted and never strayed from that in the least. He wasn’t interested in just going out and flinging arrows at the first turkey he saw. His shot selection was one that I have seen a lot of adults struggle with and he made it look easy like he had been archery hunting for years.

This young man had been brought up in a family that loves to hunt and it was obvious that he was taught the right way to hunt. We as adults sometimes forget about these small things but when you have a chance to see them performed by a youth it is amazing.

I thought this hunt was going to be about me teaching him about turkey hunting. I never imagined that he would end up being the teacher and I would be the student. His dad and I were really impressed with the poise, dedication, drive and passion that this young man possessed. I really look forward to spending time in the woods with him again and would welcome him to come along on any hunt with me anytime. If this is what our hunters and sportsman of tomorrow are going to be like I really think we have a bright future ahead of us.