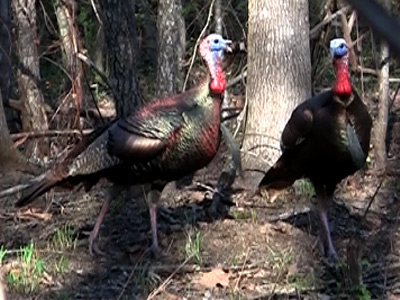 We found the area Troy wanted us to go to. It was a wooded area with a very old two track road running through it. We set up off the road where we could see all around us. 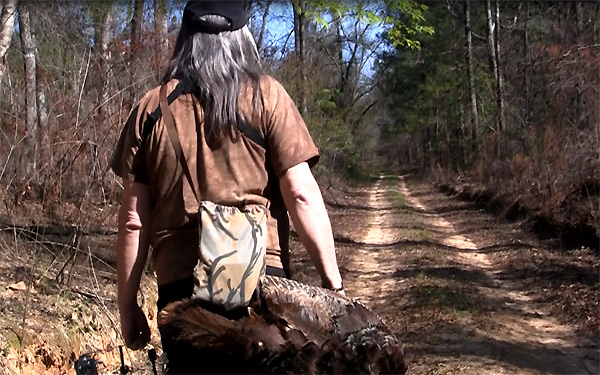 Troy texted us and said he saw two longbeards in a food plot and they were walking in our general direction.

I used a mouth call to see if I could pick them up. Then I waited 10 minutes and called again. Etc., etc..

In half an hour we heard distant gobbles to the north and west of us. I called on them to keep them gobbling and they worked their way closer and closer — noisier and noisier. 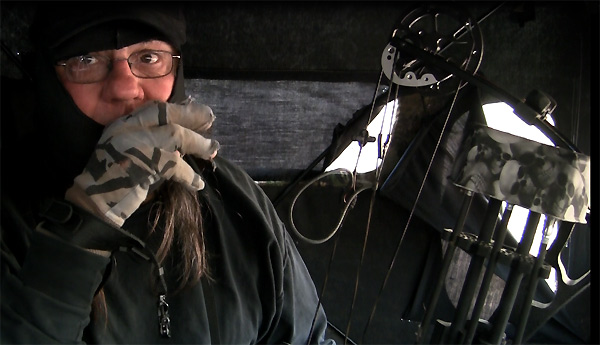 Until they almost rattled the back side of the blind off.

Collin located them through a slit in one of the Dark Horse’s back windows.

Although I heard the 3 gobblers loud and clear I had not see then. I cut at them quieter and with my hand cupped so the sound was aimed at my decoy. It worked and I saw two gobblers walk into view on my side of the blind.

Here is a closer look at them. 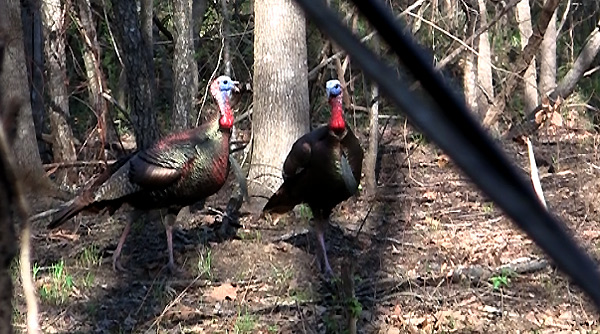 They stopped and eyeballed my decoy for a short while. Then they moved out, parallel to the blind, in front of us. 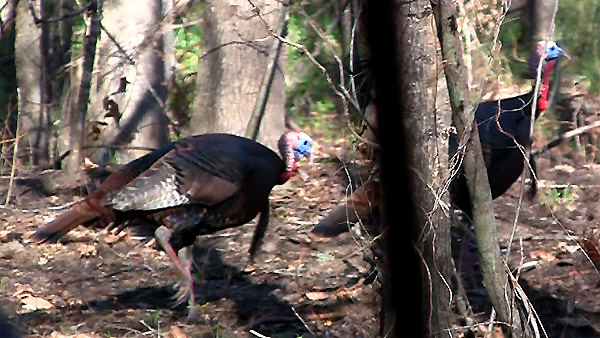 They were in easy range but there were more trees. I pulled my Alpine Fireball into the stops and looked for an opening ahead of them, and found it. When the lead gobbler stepped into the open space I put my top pin on its vitals and took my shot.

It sounded good. The gobblers jumped. But they didn’t spook. They walked around, apparently unsure of what had happened. The trees swallowed them quickly. I called at them and got response gobbles.

Neither Collin nor I saw my gobbler go down but I knew my pin was on the money when I shot. Since it was still early afternoon we switched places and handled the video and Collin got his bow.