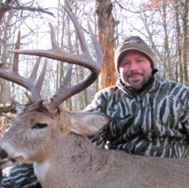 It’s time your deer hunting group got to hunt with the best for less. We have literally just experienced the fastest booking season in our deer hunting history. As a result we are simply running our early summer specials on deer hunts right now. If you book 3 hunts, you get the 4th one for free. Divide that savings up among your group and you’ll save around $500 per man. This special is only good on the deer hunts that remain open. If you don’t have 4 in your group and want to take advantage of this we will give you the discount as if you had a group of 4 hunters.
No more excuses. It’s time to stay in the finest lodges, on the best land tracts in the Midwest, kill monster bucks, eat great food, and enjoy the benefits of hunting with the best. No trophy fees. 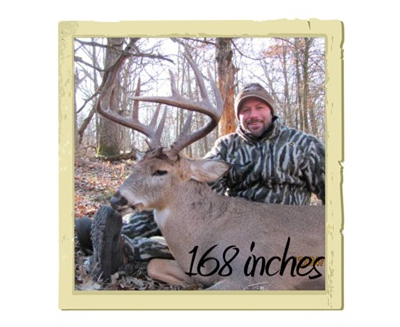 In 2011 IMB Outfitters will be offering what is believed to be the greatest whitetail hunt package ever. IMB is located in 5 States in the Midwest, and is clearly setting industry standards for quality whitetail outfitters. IMB is in Iowa, Pike County Illinois, Kansas, Missouri, and Ohio.

IMB Outfitters has been inducted into North American Whitetail’s Hall of Fame, IMB is ranked in the top 44 hunts in the World by Petersen’s Hunting, been in business for 13 years, been used as the annual sweepstakes outfitter for Deer and Deer Hunting, and other magazines such as Buckmasters. IMB is also sponsored by over 3 dozen of the hunting industries top companies which include Mossy Oak, Nikon, Mathews Bows and more! Common sense would tell you that that is nothing short of “straight up” tangible evidence. Stop listening to the “fancy sales pitches that keep landing you in a “jam” every year, and book a high quality hunt with IMB Outfitters.” 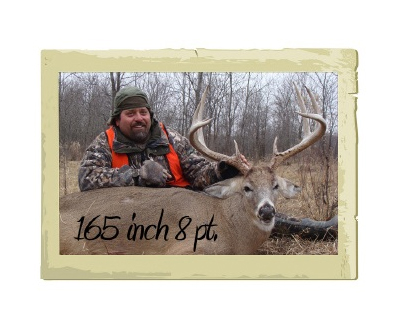 In 2011, IMB is presenting a hunt package on land that is simply unmatched by any other Whitetail Outfitter in the Midwest. Come check out our packages and see for yourself. Brand new ground in all 5 States for 2011.

On average, over the past 13 years, IMB Outfitters has sported possibly the highest success rates in the Midwest. We have averaged success rates at less than 30 yards at trophy whitetail deer in excess of 120%. Simply put, we have provided more shots at record book bucks than the number of hunters taken during that time period.

Some hunts have sported success rates exceeding 200%. Our customer satisfaction rate over the past 13 years has soared in excess of 95%, according to client surveys.