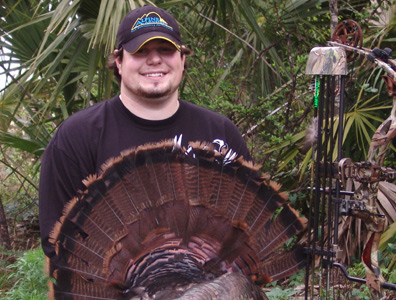 We waited about half an hour and quietly got out of the Double Bull Blind. Collin’s arrow lay on the ground and he went to it. There were feathers on it but only a few specs of blood. 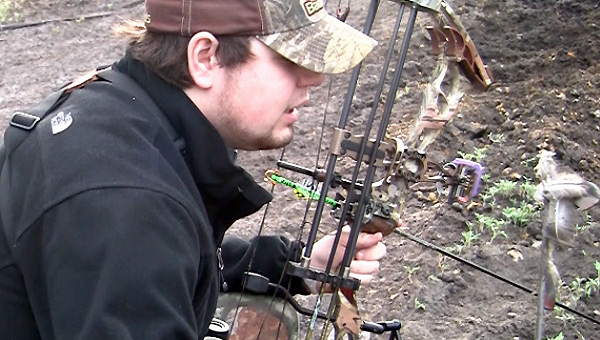 “Here he is!” Collin said. And he held the longbeard Osceola up. 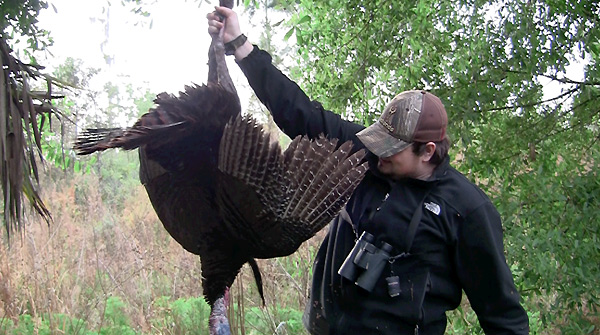 Collin had his first part of a Grand Slam, the Florida Osceola. We took some pics. 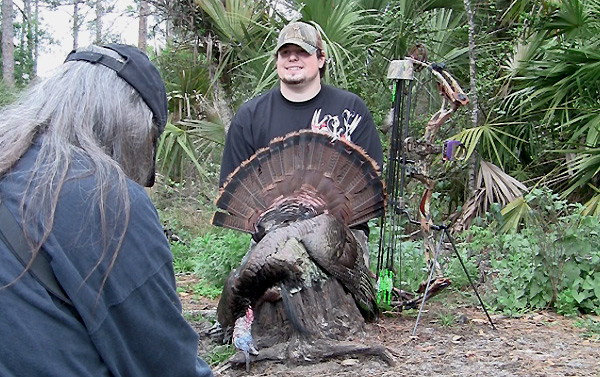 Here is Collin and myself with his fine longbeard Osceola gobbler, taken on Day 2 of our Florida bowhunt with David Mills. 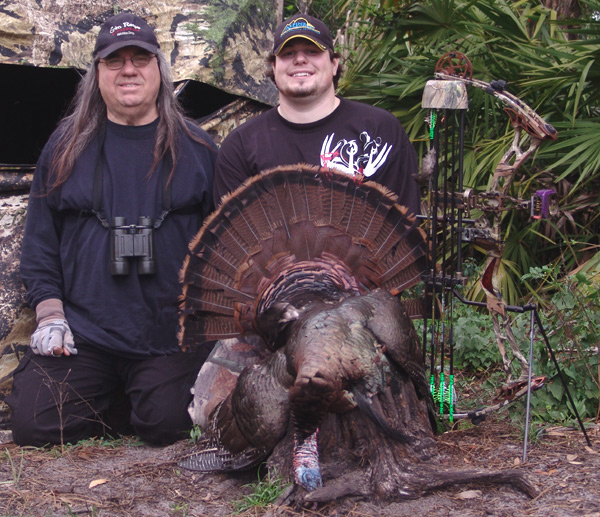 After the pictures were taken I got my truck and we loaded up our gear and Collin’s gobbler and returned to the lodge.