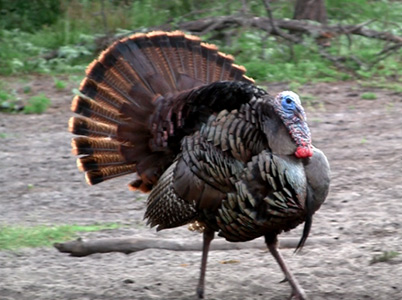 We returned to camp with my gobbler. Fred Lutger had heard several gobbles but nothing came his way. So we all went to Skinney’s BBQ and had a great, late afternoon lunch.

Afterward  David Mills drove us to a new area and showed us where to set up in the morning. We waited there an hour and heard some gobblers roost.

We had a little goof up in the morning. My phone battery croaked and the alarm didn’t go off. So it was getting daylight when we got to the new hunting place. Toms were gobbling when I stopped and  hopped  out and got the hunting stuff. I drove back a ways and parked… and hurried back. He had everything set up.

Gobbles came from 3 different directions, none of them close by.

I yelped and had a gobbler answer so I waited for them to hit the ground. Once they were down Collin and I took turns calling. A tom gobbled his way in our direction. He got within 200 yards and we heard hen yelps. Hens were with him.

They kept on going.

I waited a bit and yelped. Waited again and yelped again. A distant gobble sounded out in the woods behind us. I yelped at him right away. He gobbled and I interrupted him with cuts. And shut up.

Minutes later he gobbled again, this time he was closer. “He’s coming,” I said. And turned on the video camera.

Collin got ready. I pulled a couple more gobbles out of the Tom and he rattled the trees behind us. “I see him,” Collin whispered, “there’s a longbeard and a jake.”

I couldn’t see them yet but I aimed the camera at the edge of the blind’s window on Collin’s side. I called again. The gobbler blasted out a loud gobble as I saw them entering the viewfinder. You can see them through the cam on Collin’s Alpine bow.

The Jake stayed back and the longbeard went into a half strut and aggressively walked toward my Jake decoy. 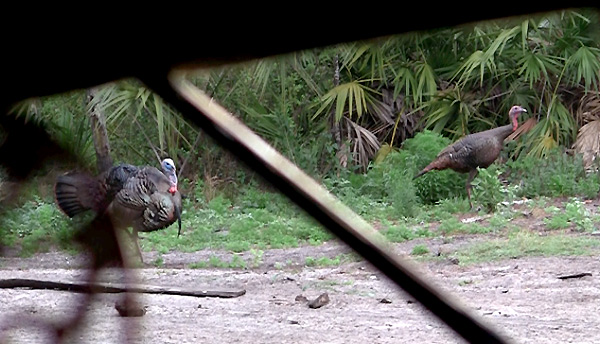 The gobbler stopped behind my decoy in full strut for a few seconds. I glanced at Collin and he was at full draw. Oh Oh. 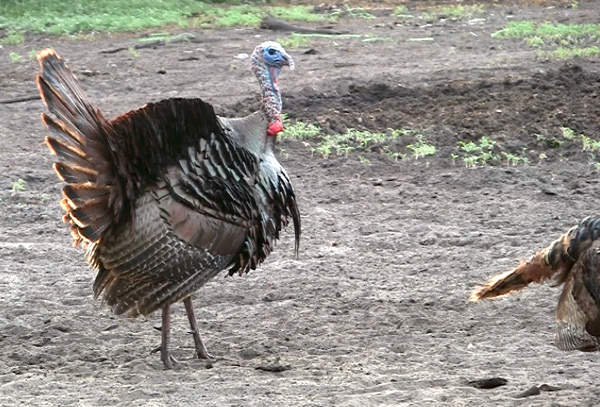 The gobbler turned left and walked away. I stayed on him with the video. 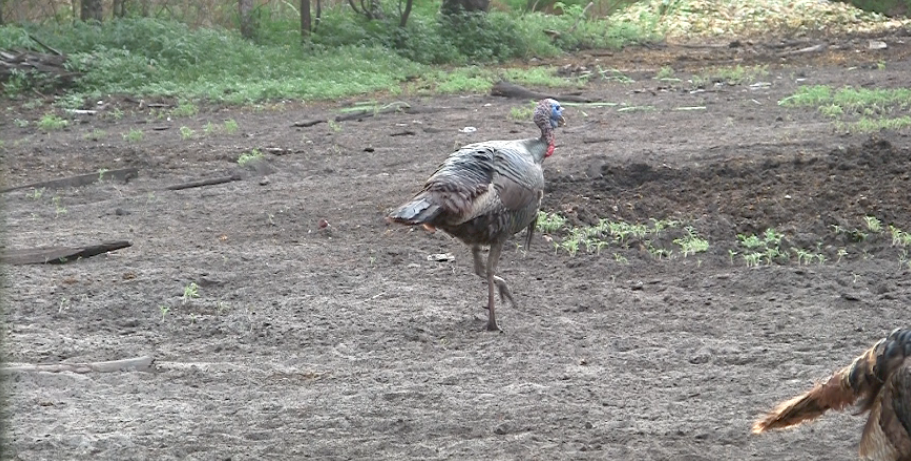 Collin shot. The arrow and Grim Reaper broadhead hit solidly. The gobbler ran back to where where the Jake was and disappeared in the high grass and woods 35 yards away. The Jake followed him and disappeared too.

Collin was grinning ear to ear.

Collin asked, “Should we go right after him?” I was sure he had just arrowed his first wild turkey gobbler, and an Osceola at that. But over the years I’ve learned to be cautious, “Lets wait,” I answered.