In December 2010 I went with two of my hunting buddies to Magdalene, Mexico to hunt for Coues deer with Todd George Hunting on the Los Janos ranch. The ranch has several thousand acres of varying types of terrain and the largest mesquite trees I have ever seen. There were also Sycamore and large Oaks. 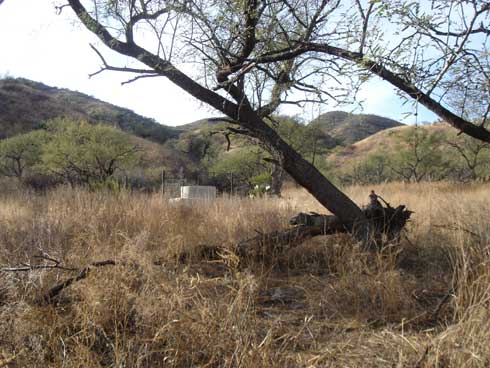 Sat morning after being treated to the best biscuits and gravy in the west, we went shopping for the supplies we would need for our week long hunt… We met up with Todd in Nogales near the border where we followed our guide through the border and to the ranch.

After arriving and unloading the truck of way too much gear for three guys, we went to check out the lay of the land and see where we would be hunting. We had brought five blinds with us and we were serious about setting them up on water so we could get an early start in the morning. Todd drove us around part of the ranch where a lot of deer were hitting water troughs.

The next morning our plan was to get an early start have breakfast and go glass the ridges to see just what size of deer were on the ranch.. Our plan was to glass until about 10:00 A.M. then get into the blinds we had set up the night before… As we started glassing the ridges for bucks we noticed that some deer were already in the water. I decided to go directly to a water tank and set up another blind, hoping one of the bucks we had seen heading towards the water tank would show up. I had several does show up, but only one button buck. I spent that day and the next day in that blind with no luck.

Todd had set up another blind on a water tank with good sign on it, so the third day I moved to a new blind in a new location. This blind was in a canyon with water and good game trails coming and out of the area. I sat in this blind for three days with only one Javelina and couple of doe Coues coming to drink. 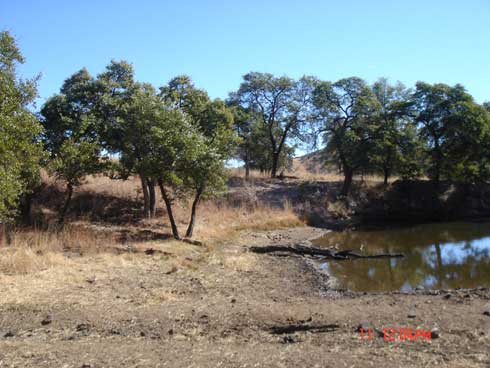 On the last hunting day of this hunt I went to another ranch and sat in another blind from before daylight until dark with only a few does and fawns coming in for water. The last morning on the ranch we got up and had breakfast and loaded up to go home. We traveled to the border where we were trapped in the Christmas traffic which was going to Tucson to shop the outlet stores (go figure I thought that Americans went to Mexico to shop not the Mexicans going to the U.S.A. to shop).

Dallas and Doc were successful on the last day of the hunt and both took Coues with their Bows. Todd George invited me to return to fill my tag. Thirty days later I flew to Tucson and was picked up By Dave Dobbs who is a buddy of Todd’s and who helps him on the hunts. We retraced the same trek I had made a month earlier into Mexico and on to the ranch.

At the ranch I met up with Darryl VanLuchene and Bob Donnelley, I knew Darryl who was a friend of Dallas and I had helped show him around the Parker Mountain on an Antelope hunt several years ago in Utah. Todd and I had discussed me sitting in a ladder stand that Dallas and Todd had put up on the last trip, this was also where Dallas had taken his deer and had seen a very large Buck which came to water but didn’t give him the shot he wanted, so being the last day he took a smaller buck that had came in at the same time. 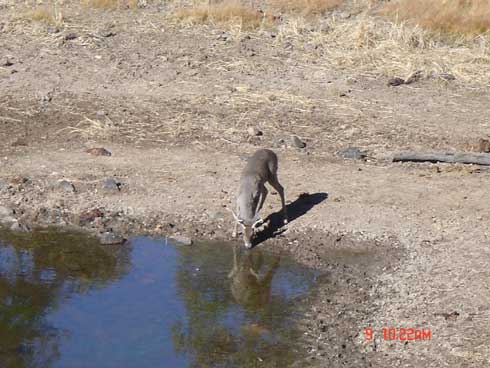 I sat in this stand for two days with no luck having only one two point come to water on the first day. It was colder this trip than last and I soon learned I didn’t bring enough clothes to sit in the cold and wind; I froze my butt off the first day. I had seen some good bucks on a ridge about three hundred and forty Yards above where I was sitting. These Bucks were chasing does and not interested in drinking. I just hoped the does would bed down and these bucks would slip away from them and come visit me for a nice cool drink of water, but I guess neither buck would leave the does alone. The second day I sat all day with no sign of a deer.

Knowing that every minute I could stay in the stand, my odds would go up. It was hard to go back to a stand where I hadn’t been seeing much but I did, and At 12:00 on the third day which was the calmest and warmest I had a nice buck working his way down to the water. One look and I decided this was my buck if he would just come to water and give me a shot. The second I made the decision to take this deer my heart started to pound and I had to tell my self to settle down or I would do something stupid and not make the shot.

I reached up and took my bow off the hook and froze like a camouflaged statue. At fifty yards he hung up like a spike had done the day before, He was checking out the area around the water. It was the first time in three days where there was no wind it was as calm as the last few minutes of day light and it was deadly silent. I waited, he hadn’t seen me and he made his move to the water. He came to the pond and as soon as he put his head down to drink, (remembering that Dallas had told me to make the shot and not wait for it.) I came to a full draw.

I had ranged the bank of the pond or reprecion, as they call it in Mexico, several times in the two previous days I has sat in this tree. I drew my Browning  and let my Gold Tip arrow fly. My vanes are from Goat Tuff and the Opti Vanes with Goat Tuff glue will tear in half before they will come off of the shaft. The arrow is tipped with a 100 grain G5 Striker broad head. The arrow traveled the 40 yards in a heart beat and the buck stumbled and staggered and fell ten yards from where he had been getting a drink. I could not have been happier.

After over eighty five hours of sitting in blinds and tree stands, I get to sleep in tomorrow and go see more of the ranch. On the last day Darrell and Bob both took great bucks. Bob said in the time he had been on the ranch he counted 73 different bucks. Great hunt, great company and 100% success, Perfect.